Swimming To Our Islands, Dokdo 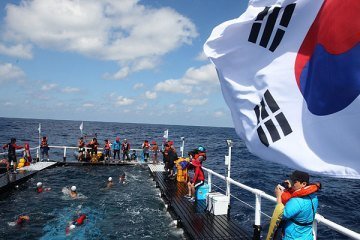 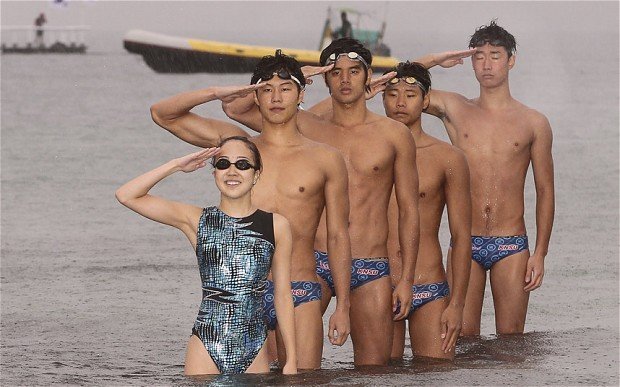 Dokdo lies between the Korean peninsula and the Japanese archipelago. The islands are considered an unalterable, irrefutable part of Korea according to the Korean government and people. And the same position is held by the Japanese government.

Korean singer Kim Jang-Hoon and teammates from the Korea National Sport University proved their point the hard way. Last August, they reportedly swam 220 km over a 48 hour 30 minute period from the port city of Uljin on the South Korean peninsula to the isolated islands.

“Dokdo is undeniably our territory, so we do not have to shout that it’s our territory,” said the celebrity with a deep passion for this geo-political issue. “We will enjoy swimming the journey to Dokdo, so that Dokdo will not feel alone and we will familiarize ourselves with Dokdo. Dokdo belongs to the Republic of Korea, so we will shout, ‘Go for it with the Republic of Korea’.”

The Korean position on these islands, that is considered to have extraordinarily valuable natural gas deposits around them, are here. Koichiro Gemba, the Japanese foreign minister, stated the opposite, “Takeshima…is an inherent territory of Japan, both in the light of historical facts and based on international law.”