Swimming Under An Airshow 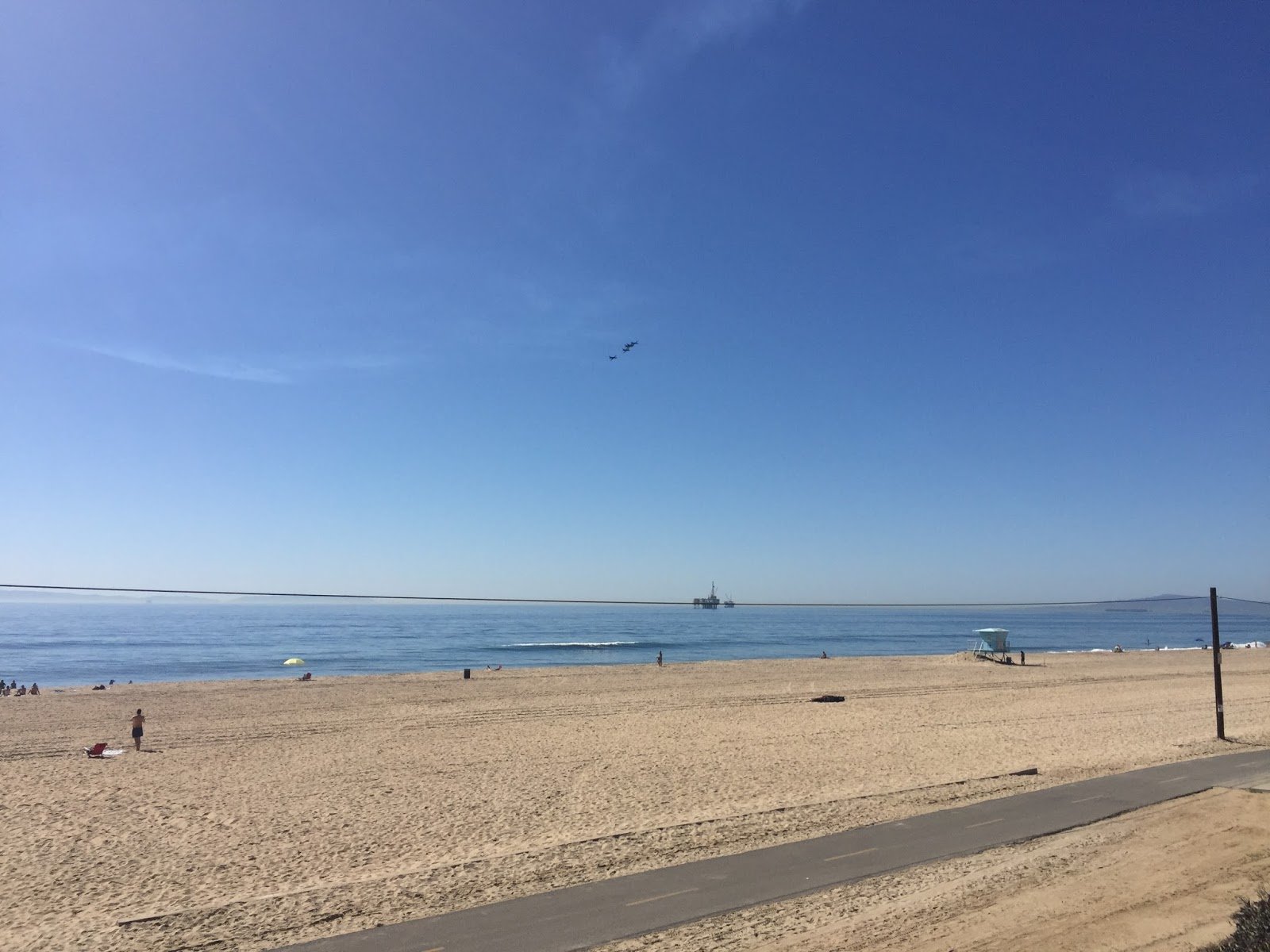 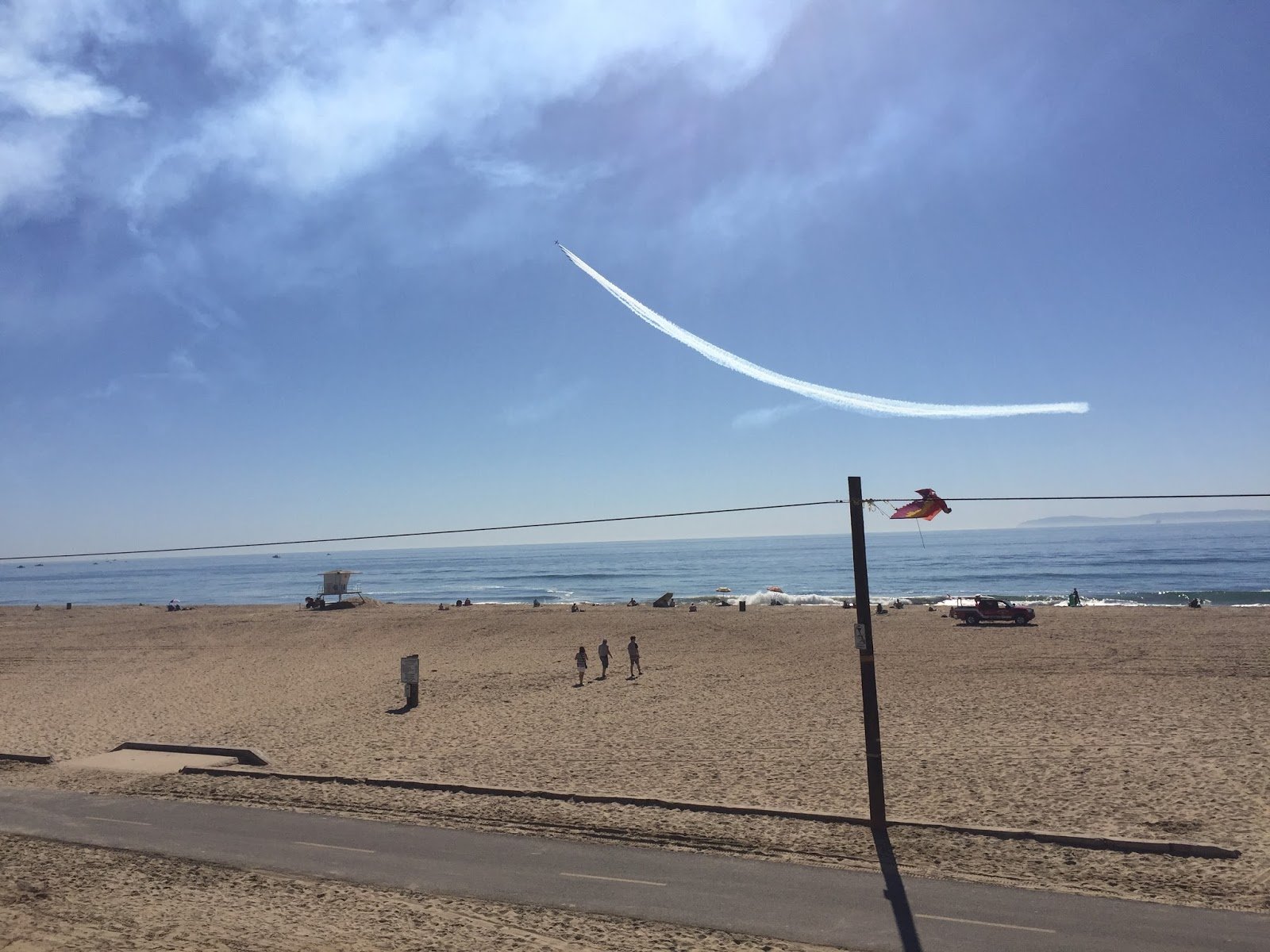 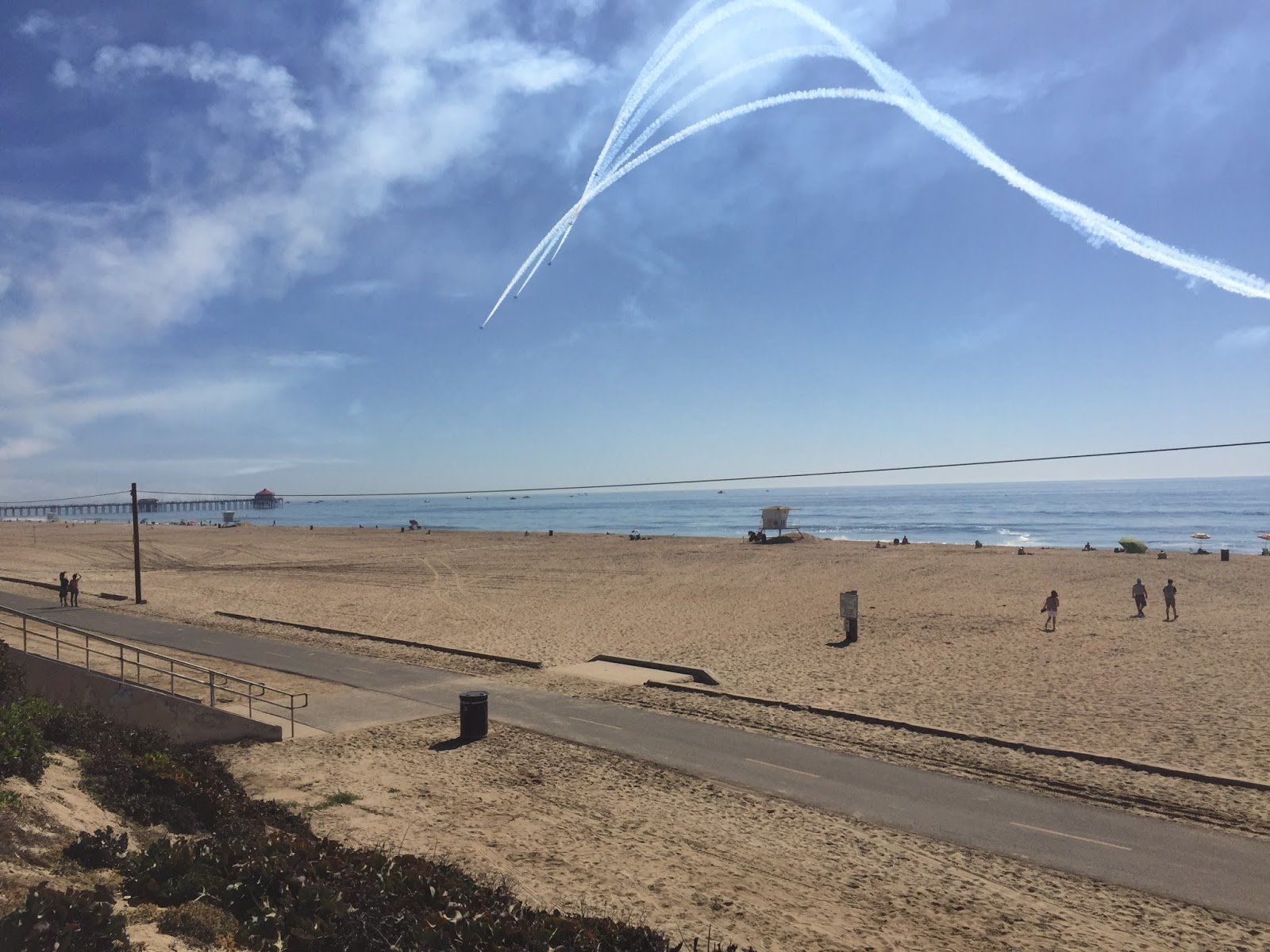 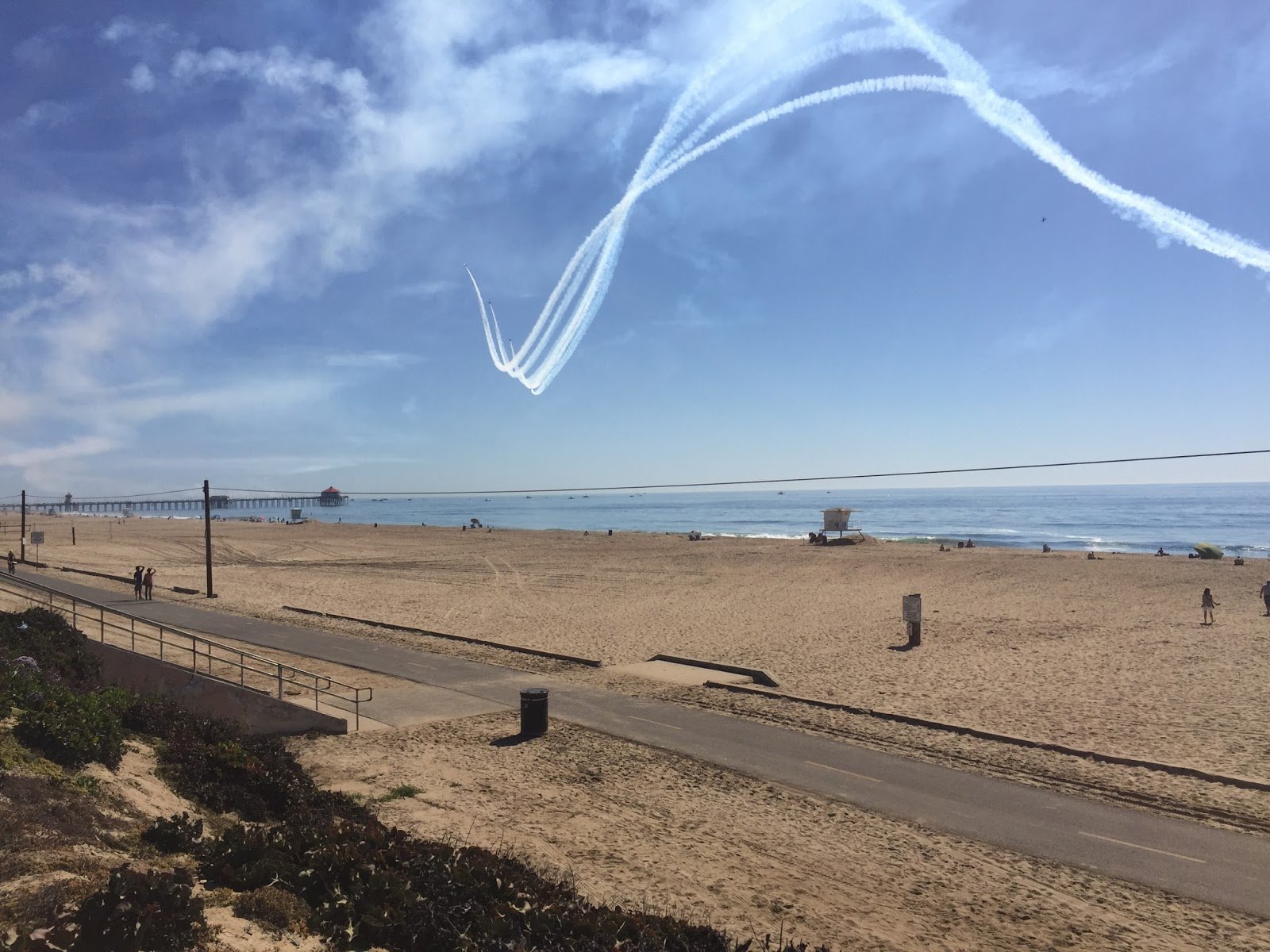 With summer-like temperatures and no wind with Catalina Channel clearly in the horizon, the Pacific Ocean was calling. So we went down to the shoreline and started to swim parallel to the shoreline.

Suddenly, we heard a massive sound, scaring us.

It turned out that 6 United States Air Force Thunderbirds, F-16 Fighting Falcons, were overhead. The Air Force’s fighter jets created a tremendous sound that they flew overhead in practicing for the Huntington Beach Airshow.

Our workout was over. It seemed much more fun watching the airplanes swooping above.

It turns out that the Breitling Huntington Beach Airshow will be held over the weekend and today was an afternoon practice in Surf City USA.

The event will showcase the United States Air Force Thunderbirds, the Breitling Jet Team and a variety of historical planes flying dramatically close to each other and perilously close to the ocean surface in front of hundreds of thousands along the 8 miles of wide sand along Pacific Coast Highway.

Tomorrow should be a great day to be out on the beach and, perhaps, even in the water.

For more information on the Airshow, visit here.