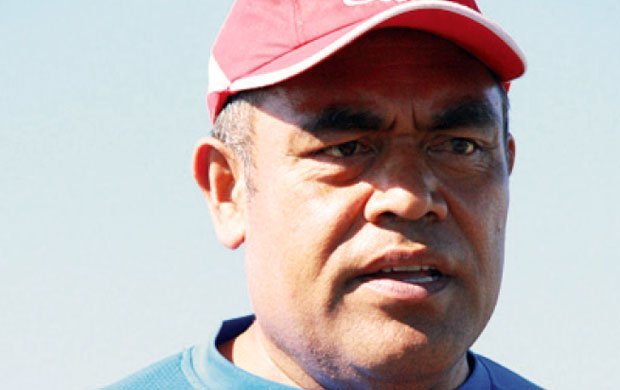 For three millennia, the people of Samoa have been taking to their surrounding waters.

And now Seti Afoa is taking that cultural heritage and expanding it in a friendly, international, competitive environment. He is one very busy man with a grand vision to make Samoa a South Pacific nation that brings local and foreign swimmers together in a number of events in Samoa, all supported by the local police, the Red Cross, the national health service, government and tourism officials, and most importantly, the people of the local villages.

The host and organizer of Samoa Events, Afoa is the race director for the Samoa Swim Series, the Five Islands Challenge, the Upolu-Savaii Swim, the Savai’i Excursion, and the Pacific Open Water Challenge, a total of 18 races, not including triathlons.

The Samoa Swim Series comprises of the following events:

The Upolu-Savai’i Swim is a 22.3 km inter-island marathon swim across the Apolima Strait between Samoa’s main islands of Upolu and Savai]i held on August 7th. The swim has two reserve days on April 8th-9th. The qualifications require that participants must have completed a 10 km open water swimming non-wetsuit race in under 4 hours 30 minutes.

The 2-race Pacific Open Water Challenge includes a 5 km ocean swim and a 10 km marathon swim: *10 km race is held on August 1st in Saoluafata Harbour, 20 km east of Apia. The 10 km course is four 2.5 km loops in a sheltered harbour that is suitable for all weather. There is mandatory feeding after every 2.5 km loop.
*5 km course is a point-to-point ocean swim on August 2nd from Sauano village to Falefa Village. It is mandatory to use a visible personal swim float / buoy. The alternate course is on Falefa Bay.

The Savai’i Excursion is a backend 4-day swim holiday option to the Samoa Swim Series, for relaxation in this unspoiled part of the Pacific Ocean. In addition to sightseeing, relaxation, tours and easy swims, there are nightly drinks at Jane’s Bar on the beach in the setting sun. Three time ocean swimming races are included in the Savai’i Excursion held between August 7th – 11th.