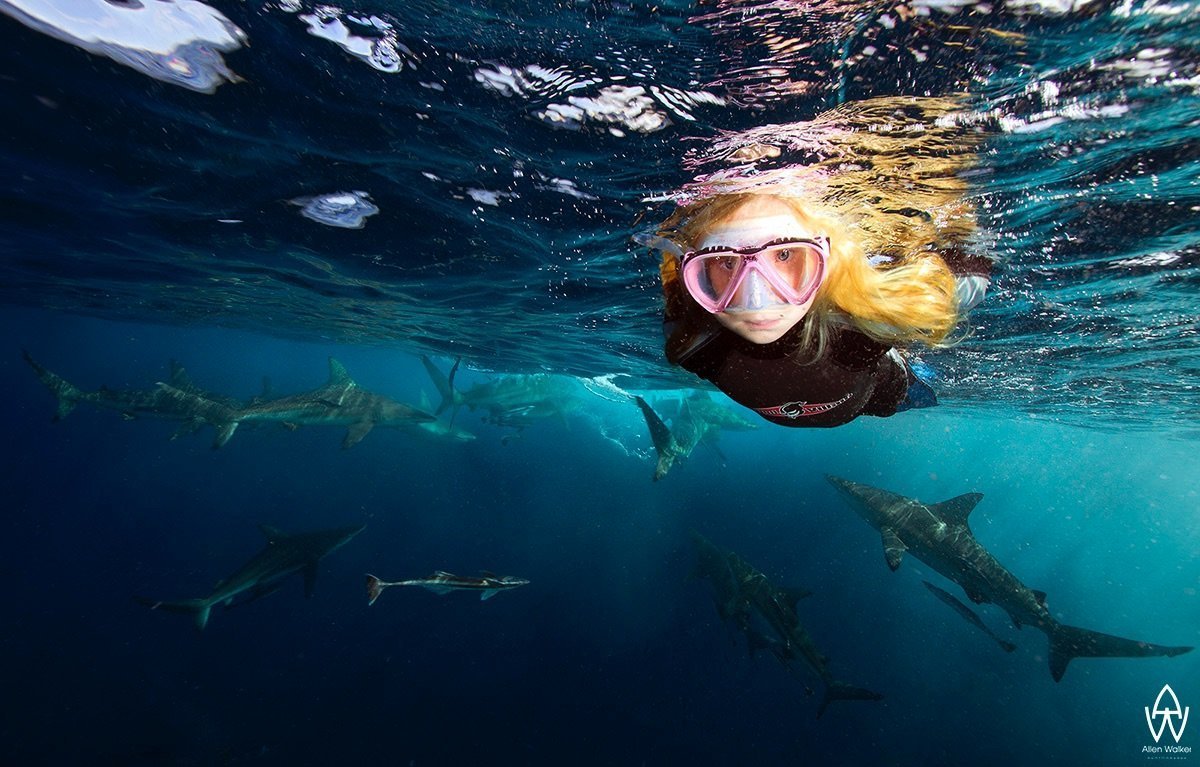 Well-known underwater photographer Allen Walker and leading environmental consultant and oceanographic specialist Lisa Guastella, PhD will discuss the Great Shark Swim planned to be held in the Agulhas Current, swimming across the Protea Banks proposed Marine Protected Area, and sharks at the Royal Natal Yacht Club in Durban, South Africa in the lead-up to the Great Shark Swim.

Madswimmer founder Jean Craven will host the briefing and present the logistical planning and operations and medical support for the all-day Great Shark Swim on December 1st.

Craven is the expedition leader of 21 open water swimmers from 3 different countries who are supported by over 20 support crew members.

“On December 2nd weather permitting, we will aim to do the fastest 100 km swim in 1 day in the mighty Agulhas Current with zero shark protection to show the world sharks are our friends,” explains Craven. “Nobody has ever swum 100 km in 1 day. This is physically impossible. Unless you get help – in this case from the Agulhas Current, the fastest current in the world, which will give us speed.”

He explained why he is organizing this unprecedented swim. “Sharks are endangered. By swimming among sharks, unprotected, we want to demonstrate sharks are not the killers they have been made out to be. Humans are more likely to be killed by bees than a shark, while humans kill more than 100 million sharks a year. Sharks are apex animals and among Earth’s oldest forms of life. They have been around 200 million years before the first dinosaur. Losing them will have detrimental effects on the ecological stability of the marine environment. All funds raised benefit Madswimmer’s 10 registered children’s charities.”

For more information on the Great Shark Swim, visit here.