Swimming With A Snorkel…Assisted Or What? 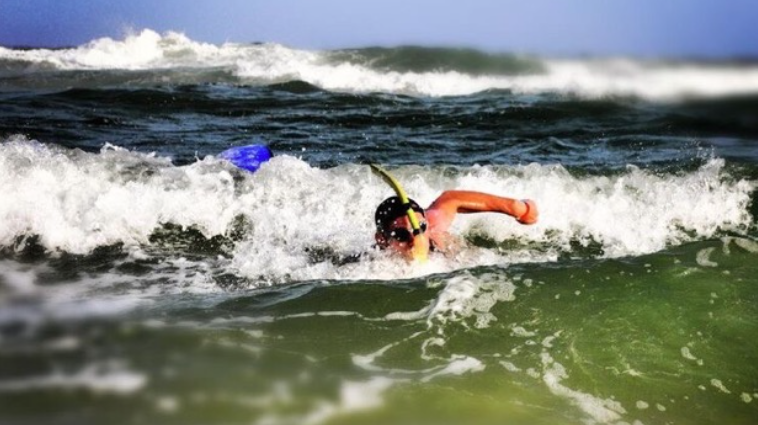 The World Open Water Swimming Association received the following inquiry based on the following article: The Issue Came Up: Disability, Injury, Assisted Or Wetsuit?.

An open water swimmer had an emergency discectomy inserting an artificial disc between his C5/C6 cervical spine based an rugby injury. After six months of rehabilitation, the athlete regained the use of his right arm and reversed the resultant muscle atrophy due to nerve damage. The athlete gave up running due to the risk of disc implant migration and returned to his roots as a swimmer.

However, the 37-year-old has problems turning his neck for full range of motion to breath side to side for freestyle for any sustained length of time. As a result, he can only swim distance with the aid of a snorkel to prevent neurological pain and risk any further implant issues or complications.

Is this athlete’s use of a snorkel judged to be an assistance and does he fall into the assisted category?

The question as to if the use of a snorkel is assistance or not is the decision of the local race director which is partly based on the opinions of the local swimmers.

Open water swimming is increasingly becoming a competitive event in all age groups and divisions, so everyone is increasingly sensitive to competing on a level-playing field.

From the purely objective perspective, there are race directors and swimmers who believe ANY use of non-standard equipment places the athlete clearly in the category of an assisted swim. A snorkel, no matter the reasons for its use, is judged to be non-standard equipment and would place you in an assisted category. In these cases (probably the majority of swims), the athlete must abide by the decisions and opinions at the local level.

This judgment would also be true for channel swims and marathon swims as per the collective judgment of the marathon swimming community. There are no exceptions in the minds of many race directors, governing body administrators, and many swimmers.

From the perspective of his publication, we would not object if the athlete were placed in our own division – assisted or not. We can easily understand his condition and circumstances for using a snorkel and would frankly judge his use of the snorkel to be involuntary and not intended to be an intended use of equipment for a competitive advantage.

At the same time, we cannot envision a channel swimming or marathon swimming organization that would not judge the use of a snorkel outside the assisted category.

Photo shows transoceanic swimmer Ben Lecomte using a snorkel in his training for his upcoming swim from Tokyo to San Francisco.