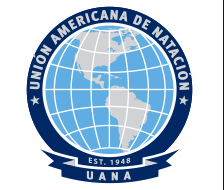 The UANA Junior Open Water Swimming Championships in Wisconsin culminated with a shortened 5 km race due to an incoming storm.

The Canadians and the third-place entry from the United States exchanged positions at least a dozen times as the swimmers battled all the way to the finish line. “The team event is an exciting addition to the open water program and it is an additional opportunity for swimmers to practice their race skills,” Perry said.

Meanwhile, Canada’s Kyla Ross, Patrick Hussey, Rosalie Davidson and Raben Dommann finished third in the mixed 5 km relay for swimmers 20 and younger. They finished 1.5 seconds behind the second-place quartet from the USA after the teams traded positions several times.

The 5 km mixed relay started with the solo 5 km race because storms were forecast. However, the incoming storms hit quicker than expected and the races were called off at the 3 km mark. “It’s a shame for the athletes,” Perry said, “But safety must always remain the priority and I fully support the difficult decision taken by the race organizers. Swimming Canada still had a successful meet with all eight swimmers coming home with a championship medal.”