SwimStrong Favored To Win At The Lake Travis Relay 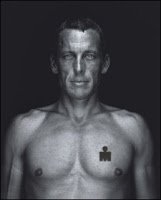 The 8th Annual Lake Travis Relay will be held today, starting at 8:30 am where the world’s most famous cyclist will return to the open water.

The SwimStrong team looks to be the team to beat with a host of superstars taking to the water. SwimStrong is loaded with former University of Texas swimmers Travis Robertson and Rip Esselstyn and All-Americans Sean Foley and Chris Kemp; former Wisconsin University All American swimmer Dale Rogers; and seven-time Tour de France winner Lance Armstrong.

The 6-person, 12-mile open water swimming relay race starts in the water near Carlos’ n Charlie’s. Teams will swim 6 miles down Lake Travis around a buoy and back to the start point.

Meenakshi Pahuja from Delhi, India (shown above on right), who competed in the Tex Robertson Highland Lakes Challenge, returns to the Lake Travis Relay as a solo swimmer.