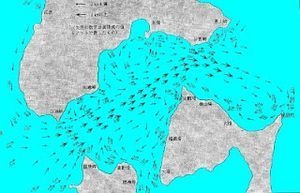 Like nearly every channel around the world this summer, there will a growing number of swimmers challenging themselves against the elements.

Not only are an unprecedented number of foreign swimmers heading over to the Tsugaru Channel, but also an increase in Japanese swimmers including disabled athletes, are heading up north to Aomori Prefecture.

This is the up-to-date schedule of the 2-day windows of various solo swimmers and relays held under the auspices of the Tsugaru Channel Swimming Association and Ocean Navi: