Taking Another Leap Across The Catalina Channel 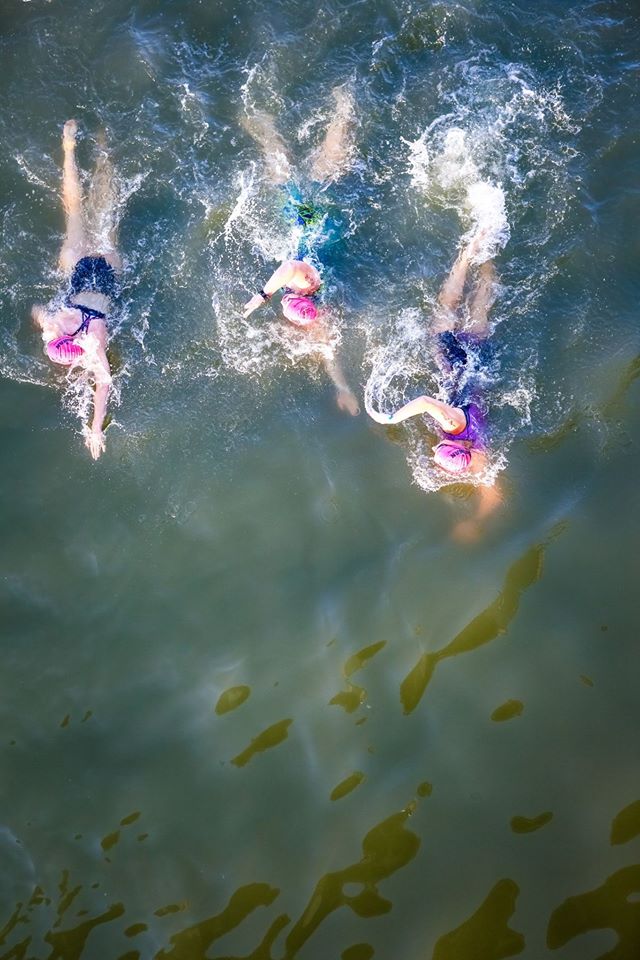 Why swimmers begin their solo journeys across vast open bodies of water is always interesting to learn.

How swimmers find their way from the comfort of their homes to crawling up the shore after an exhausting channel crossing is never a linear experience.

Natalie Radtke is a pool swimmer and triathlete who had not thought about swimming more than 2.4 miles. But in raising money with the IronTeam for the Leukemia & Lymphoma Society, her colleagues in the Team In Training program suggested an attempt across the Catalina Channel.

“After two seasons on IronTeam, one season on the Marathon Team, I learned more about myself than I could have imagined.

I decided it was time to take another leap
,” the Southern Californian explains.

Since Radtke had swum since childhood, she was made familiar with the English Channel, but she had frankly never heard of people swimming across the Catalina Channel. Talk among her Team In Training endurance friends led to talk about a channel relay.

A friend offered a simple, but profound, suggestion about even larger possibilities. “After pondering maybe getting a relay together, Travis asked, ‘Why do a relay? You’re a good enough swimmer, you could it yourself.’ While I appreciate his [inflated] sense of my swimming ability, I had only swum 2.4 miles as my furthest continuous swim to date. The Catalina Channel is 20 miles of cold water. And I would do it without a wetsuit. I thought he might be onto something.”

So she decided, “It’s time to push myself to a whole new level of mental, physical, and psychological endurance.”

Her 20.2-mile solo charity attempt across the Catalina Channel is scheduled for August 10th.

For more information on her charity swim, visit here.