Tallinn Emerges From The Cold 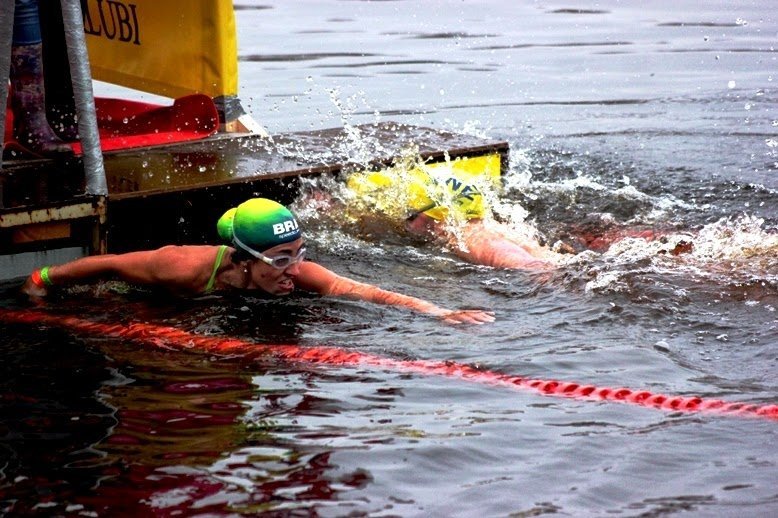 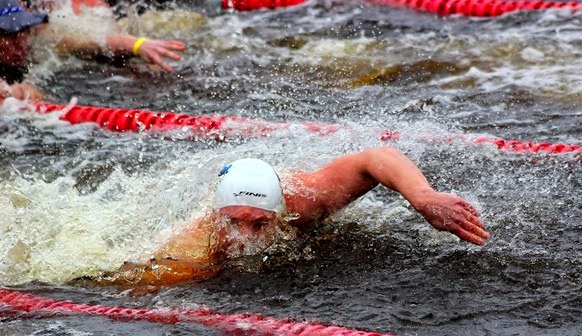 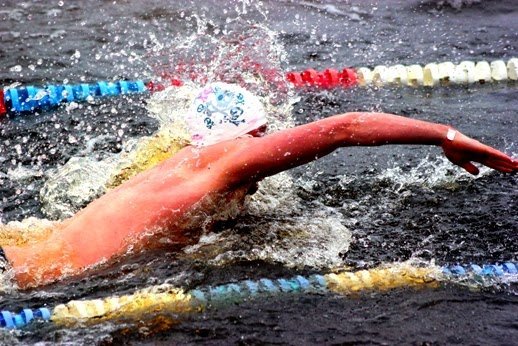 
Like Ireland’s Sandycove among Channel swimmers, like Cape Town for pioneer swimmers, Tallinn, like Perth for competitive ocean swimmers, Estonia has developed into an epicenter of a niche in the open water swimming world.

The Prita River is the venue where many accomplished cold water swimmers emerge.

The water temperature hovered between 1-2°C, but without snow. “For me, I am as happy with or without the ice and snow,” said Nuala Moore of Ireland who enjoyed the sunny conditions. “You can’t beat the sun for a fun atmosphere.”

The 25m breaststroke and the 50m freestyle had the largest entry list with many local athletes and non-competitive swimmers. 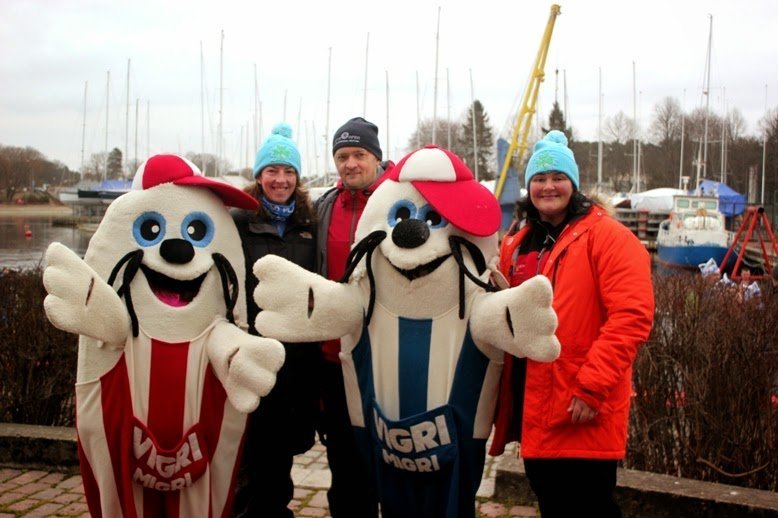 Before the 450m event, swimmers can chose to continue swimming if they so declare their intention to swim further before they start. “I made the choice to swim to 750m as a preparation for Murmansk,” explained Moore. “I was a team of 2 so with Jacqueline Mc Clelland starting with me [shown on left above], I wanted to exit the water without any major need for recovery.

Though once I did [finish my swim], Jacqueline had the full hot towel treatment waiting for me in the hot tent.

It was Jacqueline’s first time travelling and starting at a winter swimming competition so she lined up at the 50m freestyle and the 450m freestyle and had a fantastic time as we are now preparing for Murmansk.” 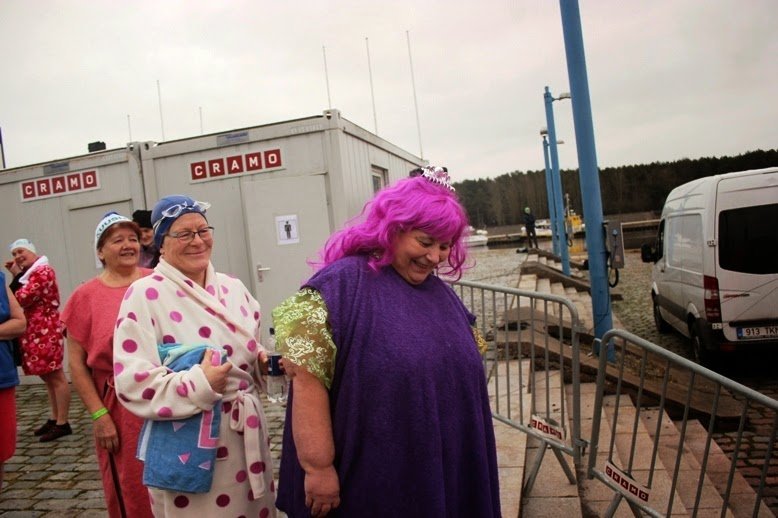 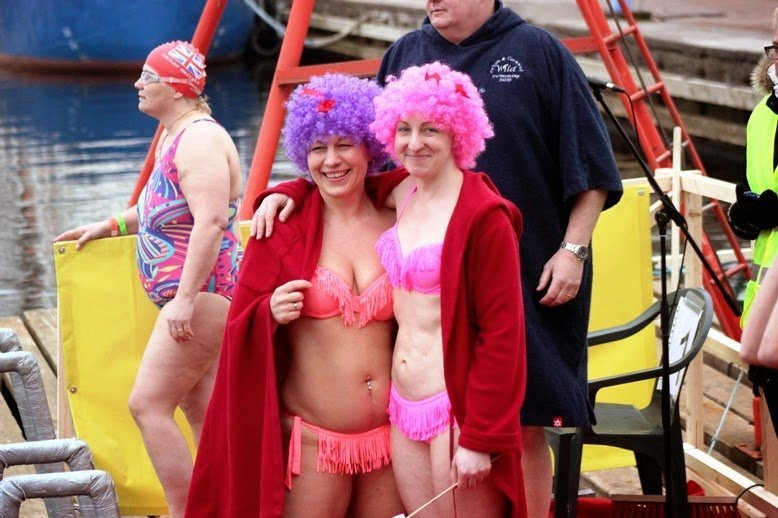 There was high-level competition combined with fun for both the veterans and newcomers. 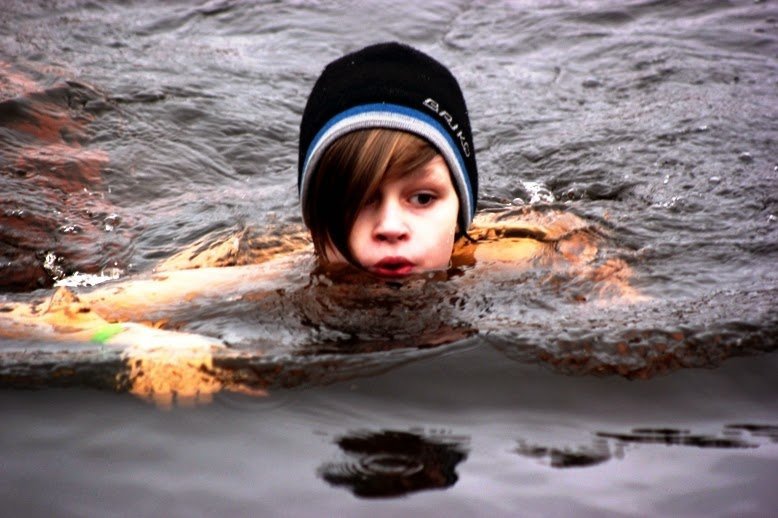 The youngest competitor was 11-year-old local swimmer Robin Henrik Neem [shown above] who has been swimming in cold water for 3 year. His father is Mairo Neem, a member of the Pirita Open organising committee. He is a member of famed ice swimmer Henri Kaarma’s club, Tallinna Taliujumis-Keskus. 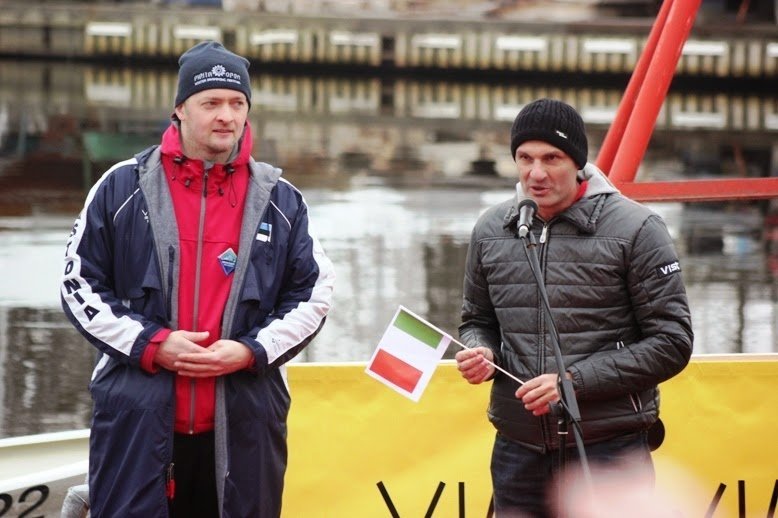