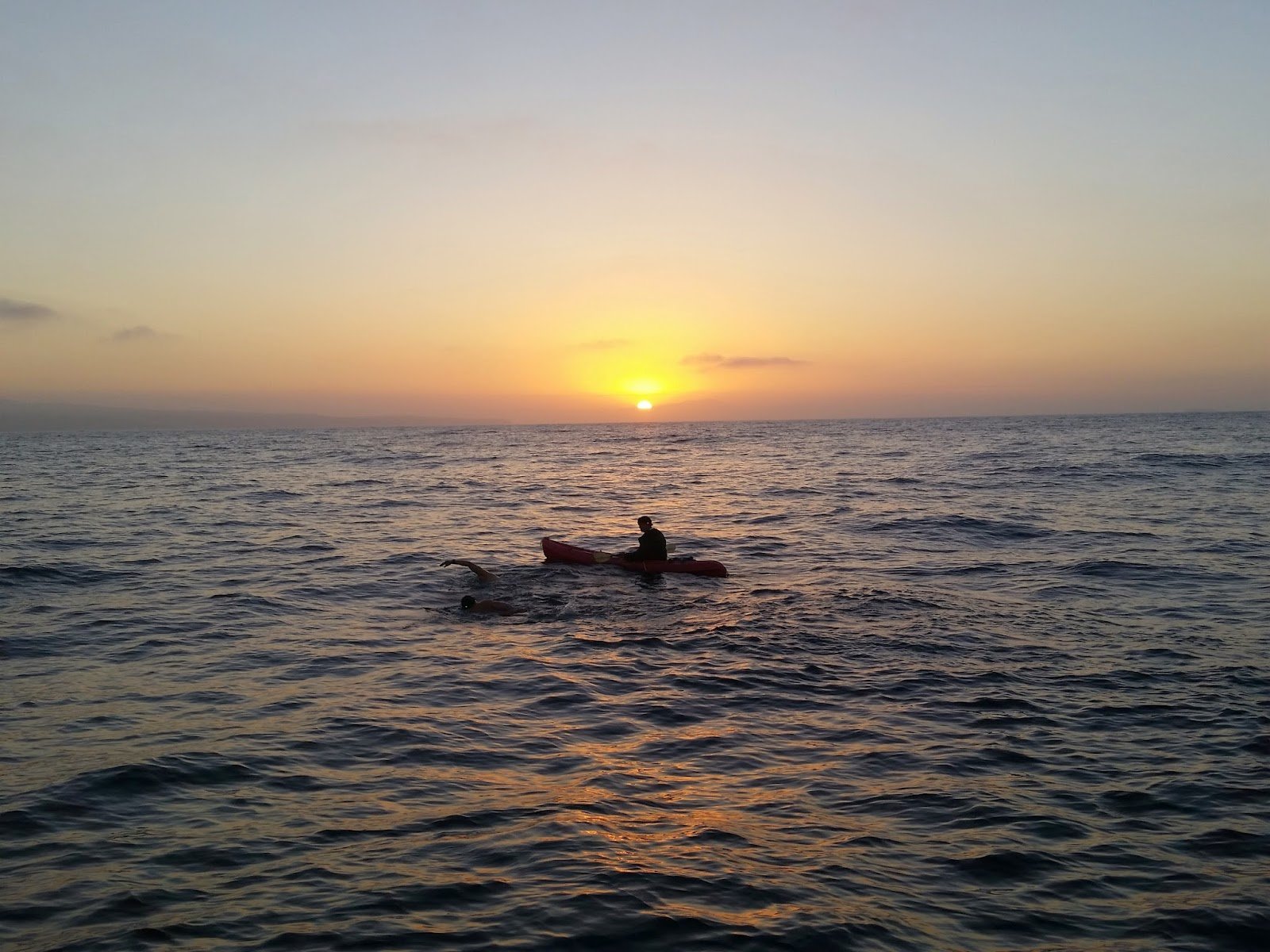 The three-man relay team of Chris Kraus, Brian Ross, and Rick Gaenzle has a specific goal.

The men want to become the first relay team to complete the Oceans Seven. After crossing the Tsugaru Channel, Molokai Channel, English Channel, North Channel, and Strait of Gibraltar, they have two channels remaining: the Cook Strait and the Catalina Channel.

So how did the trio squeeze a 6-person relay out of a 3-man team?

With ingenuity and flexibility. But acceptance also required months of discussions and brainstorming and a final acceptance vote by the Catalina Channel Swimming Federation board of directors.

Last week, Kraus, Ross, and Gaenzle achieved their goal with the support of the Federation and a lot of helpful teammates.

“We did it,” emailed Gaenzle. “Our unofficial time was 9 hours 39 minutes. We left Doctor’s Cove [on Catalina Island] around 10:50 pm Thursday and we landed on the mainland at the usual spot on Friday am. It was a great swim and tons of fun with a good group and the tandem swimmer match-up that worked out really well.”

The obstacle was significant and the solution was elegant, but still fraught with the possibility of failure. The issue was resolved when the 3-man relay recruited more teammates and then they split themselves into two. Kraus, Ross, and Gaenzle swam on Team 1 as the first 3 swimmers in the rotation and then switched teams and swam on Team 2 as the last 3 swimmers in the rotation. The relays swam in tandem formation, swimming at the same pace side-by-side between a kayaker and the escort boat, so Kraus, Ross and Gaenzle were able to swim continuously as a 3-man team from island to mainland. The key point was when the trio swapped positions from Team 1 to Team 2 at the halfway point. It was a brilliant solution as the Catalina Channel Swimming Federation observed and ratified each successful 6-man relay team crossing. “The Federation will not ratify our three-man relay, but we have effectively accomplished a 3-man crossing within the Federation’s relay guidelines and rules,” explains Gaenzle. 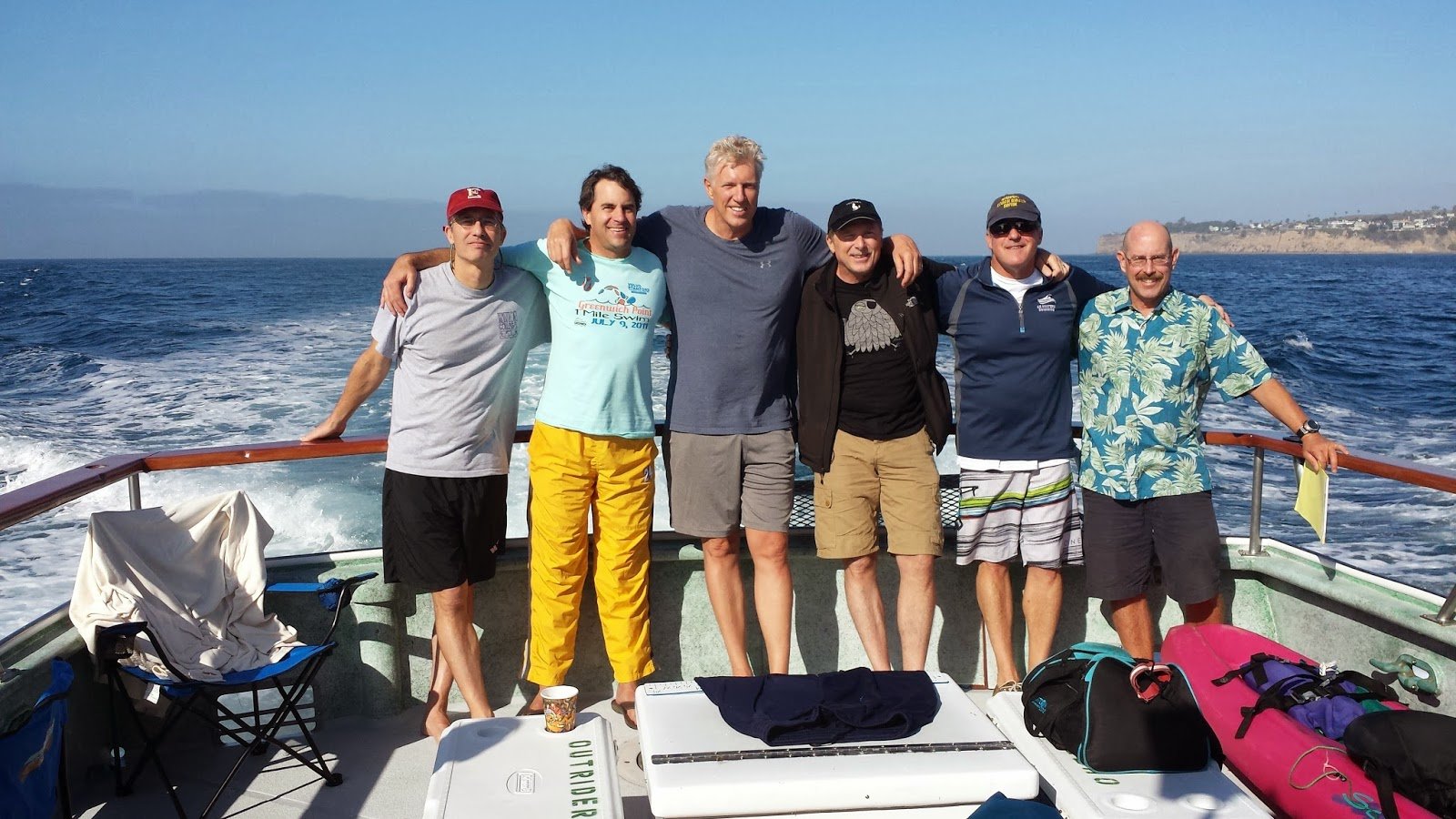 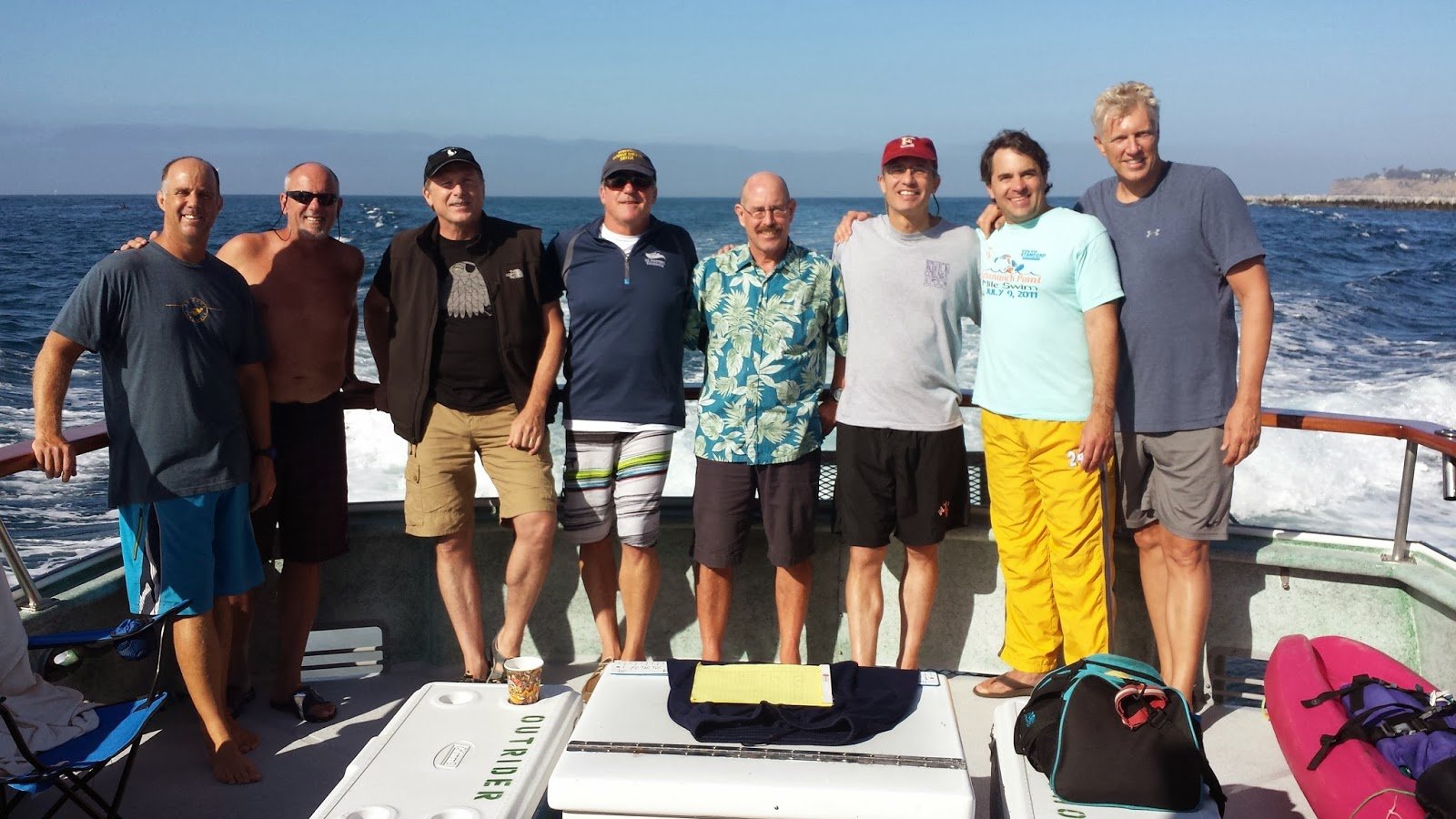