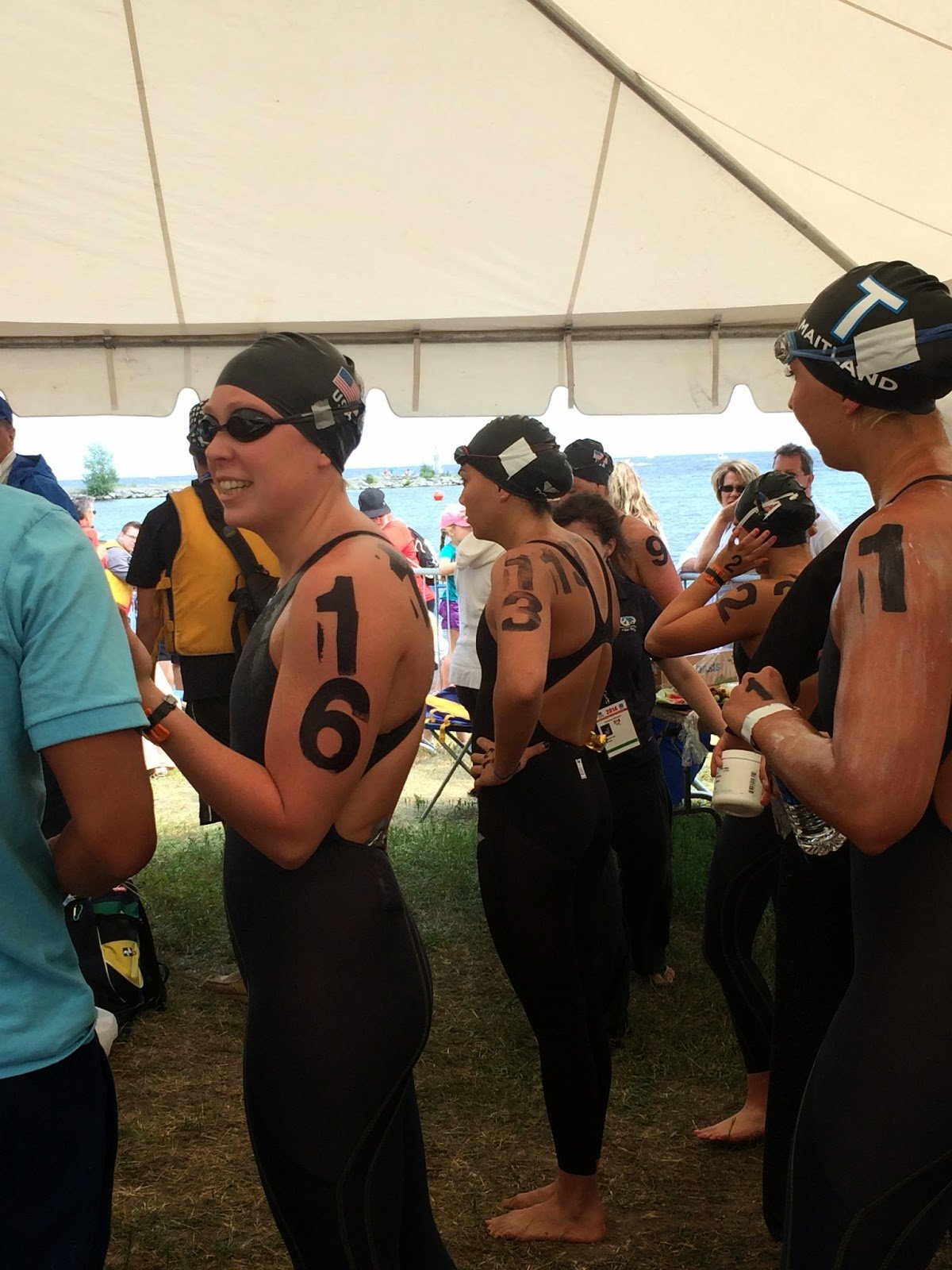 Emily Brunemann, Caitlin Nolan and Heather Maitland all use masking tape on their swim caps in order to prevent their competitors from knocking off their goggles from their head during the race.