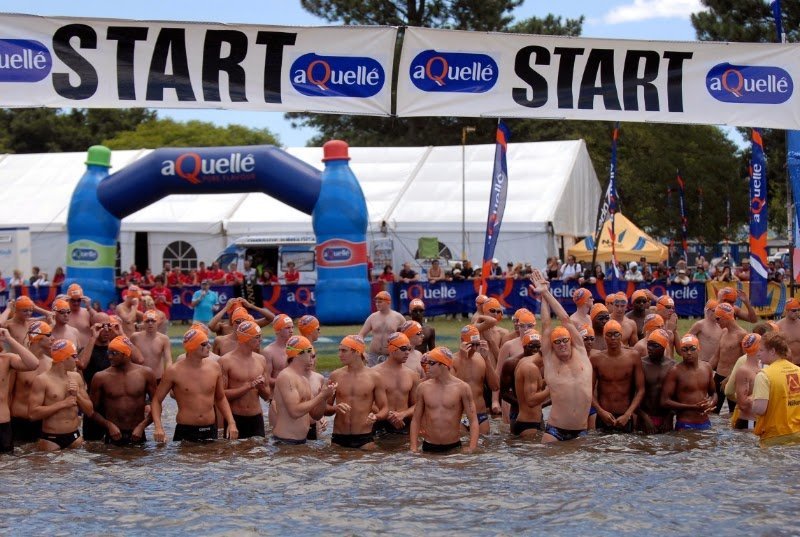 After nearly four decades of a flawless safety record, tragedy has sadly and repeatedly struck the aQuellé Midmar Mile in recent years.

Despite having hundreds of professional and volunteer safety personnel on the course in boats, RIBs, and paddleboards and underwater, 45-year-old Nico Mellet died in the first fatality during the 38th Midmar Mile in 2011, 43-year-old Herman “Thabo” van Straten passed away in the 41st annual event in 2014, and Tristan Dennis has not been found after today’s one-mile race in Pietermaritzburg, South Africa.

Due to inclement weather and reduced visibility, the search for Dennis was called off on Saturday evening with the South African Police Services Search & Rescue teams scheduled to take up the search again at first light on Sunday.

Tarquin Dennis, older brother of the missing swimmer, insisted on taking part in the 2015 aQuellé Midmar Mile on Sunday to finish the event for his brother. He will be joined by friends Craig Swinburne and Shane Beattie who completed event 3 on the Saturday and Grant Clayton.

“I am doing this because he is my brother. If he was in a fight, I would have his back. Waiting for next year is not good enough I need to have his back now,” said Tarquin. “The water may have got the better of him today, but it will not get the better of me tomorrow.”

To ensure that the family are comfortable with Tarquin’s decision, members of the South African Navy will swim with them monitored by members of Durban Surf Lifesaving Club on boards. Water Safety Officer Brad Glasspoole confirmed Sunday’s races will proceed as normal.

When new information becomes available, additional reports will be posted. The aQuellé Midmar Mile takes place annually at the Midmar Dam, just outside Howick in the KwaZulu-Natal Midlands in South Africa. For more information, visit here.