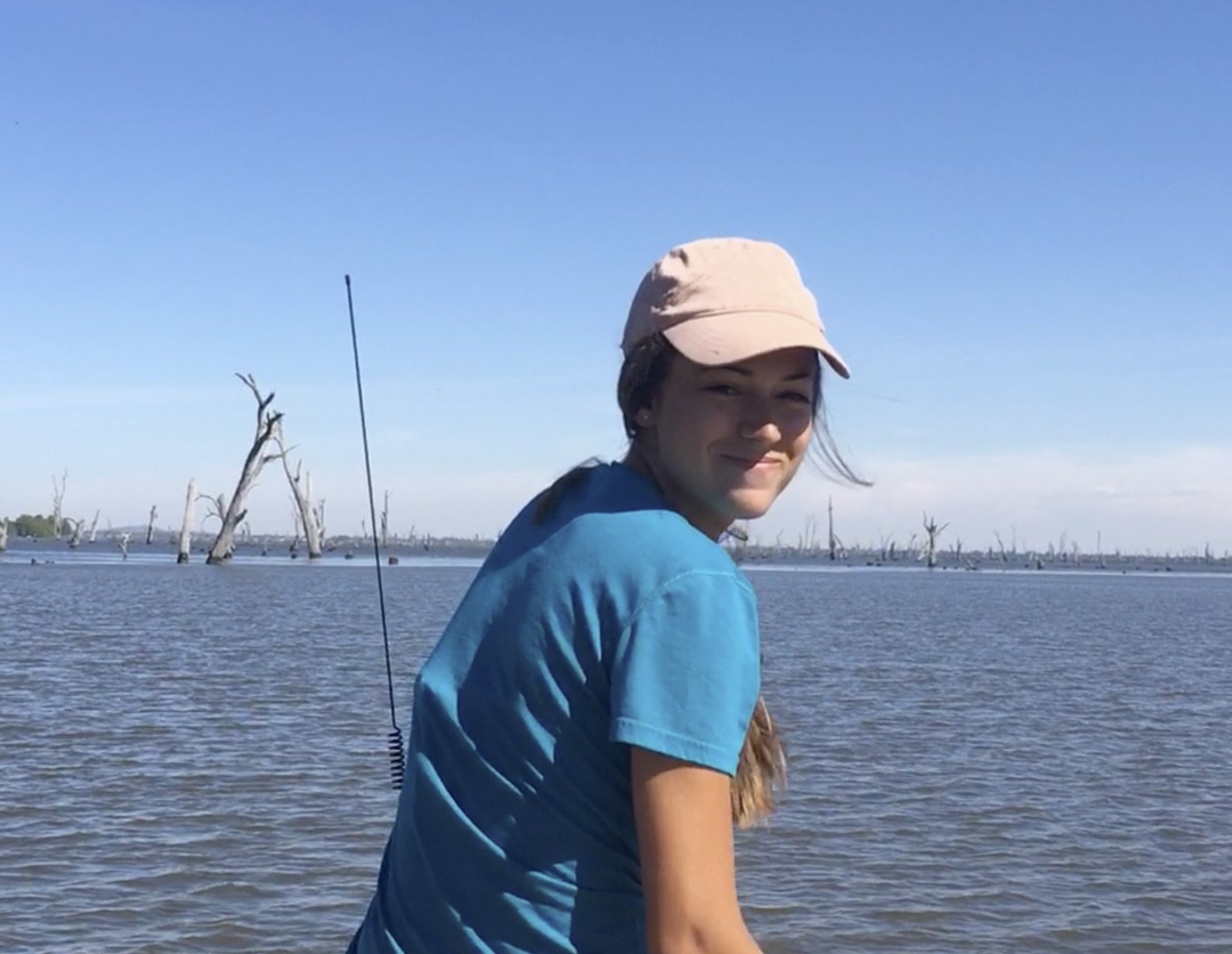 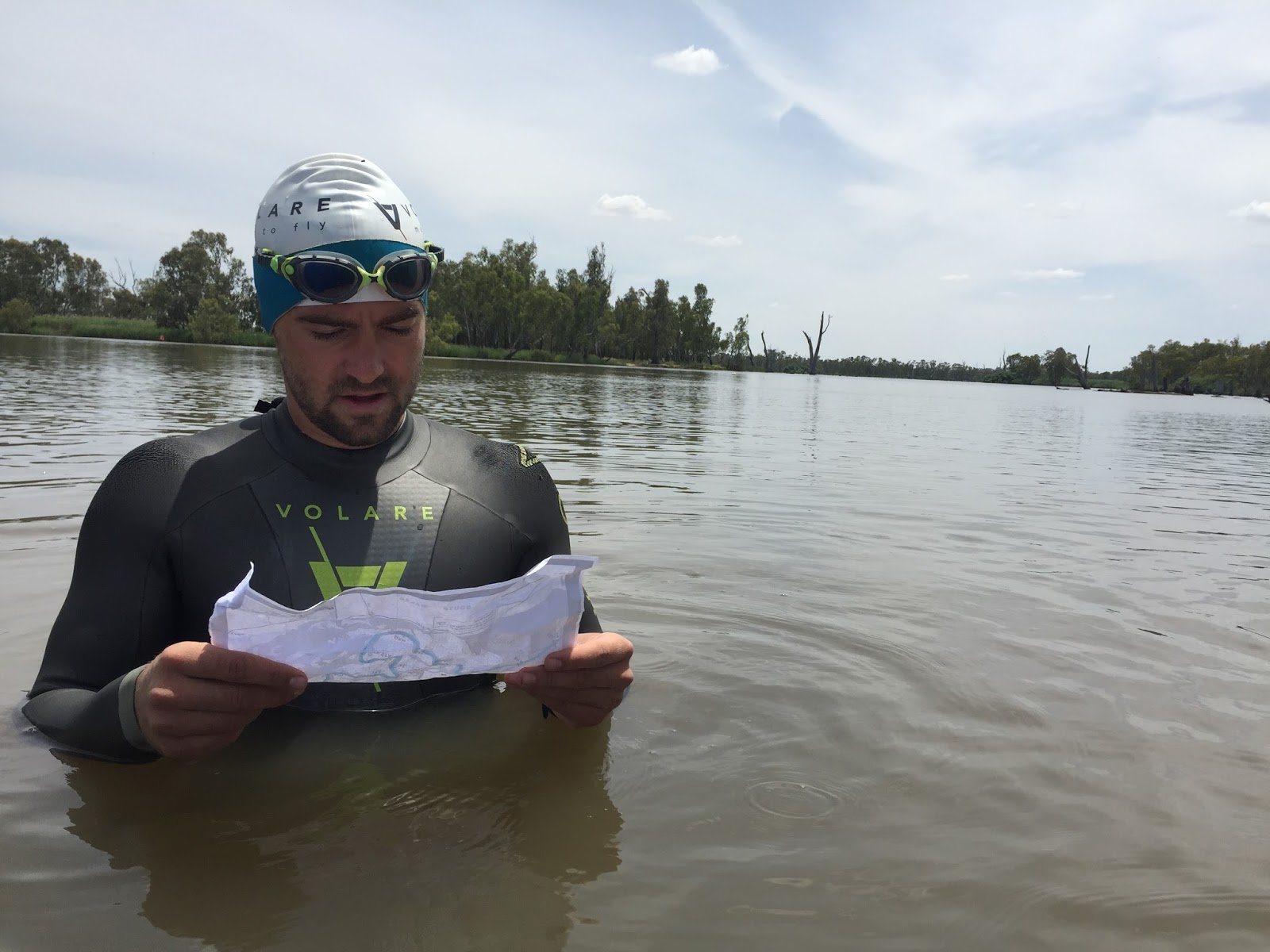 54-year-old Eric Helmick and his 25-year-old son Hunter Helmick were less than a kilometer into their stage swim along the River Murray when escort kayaker Cydney Simpson [shown above] blew her whistle and screamed “snake!”

Both swimmers stopped instantly as a red belly snake slithered just inches in front of them, stopping to look at Hunter [shown above studyig a map] before moving on across the river.

During the same section of the river, father Eric was pinned against an underwater log. “I was able to push myself along it until I got to the end and slipped off, but Hunter had already turned around and was swimming back towards me against the current should I have been stuck any longer..

Eric hit two more underwater snags and the team found themselves moving slower down the river than normal. “A million things can go wrong and today, they did,” he added.

The biggest change was the team’s decision to leave one swimmer in the water to reach the end goal while the other takes on a logistics and support role. The institution sponsoring the team backed out with the reason that they did not want the responsibility and could not afford the liability if anything went wrong.

The situation seems to have gone from bad to worse when two team members pulled out due to time constraints and two others backed out due to financial obligations. “This leaves us with only six team members to accomplish the goal of reaching the mouth of the Murray River in 90 days. Taking on the role of lead swimmer, Hunter is now making up for lost time due to these delays which also include lightning storms and weather conditions which have hindered the team’s progress. We are now 10 days behind schedule.”

But Hunter and team forge on. “Everywhere we share our story and inspire others, we gain inspiration of our own. People believe in the idea we’re spreading which is to stomp out suicide and depression – and substituting it with hope. Hope in one another,” said Help! World Tour founder Eric Helmick.

“When he can, Eric joins Hunter in the swim. The two are very compatible and fast swimmers when they are together; they feed off one another’s energy,” observed Simpson.

Today, the swimmers plan to exit the river in Cobram to meet with the students of Cobram Primary School where they will present a certificate to one of the students who won their Take Your Dream Essay Contest. The goal of the contest was to have students share their dreams. Winners of the contest will be featured in the feature film documentary, Take Your Dream, which tells the story of the founders’ vision of swimming Australia’s longest river in record time in 90 days versus the current record of 106 days.

To participate as a donor for the Take Your Dream campaign, contact [email protected]. For more information, visit www.takeyourdream.com.