Team Wins Stands Up And Gets Out To Win Honors 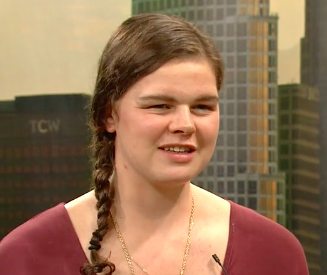 The symbolism of awarding the Open Water Excellence Award to the World University Games Team USA sent a clear and powerful message across the open water swimming community.

“This award to Taylor Abbott and David Heron of the University of Tennessee, Katy Campbell of Team Santa Monica, and Becca Mann of Trojan Swim Club is another turning point in the world of open water swimming,” said Steven Munatones. “Their joint decision to pull out of the Games was right and justified.

At a time when the FINA Technical Open Water Swimming Committee Chairman Ronnie Wong and his colleagues continue to insist that swimming fast for 10 km in skin-tight full-body black tech suits under cloudless skies with high humidity, blazing sunshine, and water temperatures exceeding FINA’s own 31°C limits is safe, the USA team and other athletes from Australia, Canada, the Czech Republic, Great Britain and South Africa, pulled out of the unsafe conditions at the 2017 World University Games in Taipei
,” said Steven Munatones.

“Years ago, there were only a few voices complaining about the unnecessary risks that the young athletes were faced with – having to make a choice between realizing a lifelong dream to represent their country and winning medals or risking hospitalization or worse. But now, the risks are clearly documented and almost universally recognized.”

Almost is the key word here.

‘While FINA is doing its best to effectively eliminate hypothermia by adding wetsuits to the equation when water temperatures dip under 20°C, some of the powerbrokers in the sport still unfathomly seem to turn a blind eye to the risks of hyperthermia.

Years ago, we were going to address this situation at the International Swimming Hall of Fame to explain why hyperthermia presents a greater risk in the sport – with facts and data – but that presentation was shot down and the information remained bottled up.

As an important symbol, USA Swimming and United States Aquatic Sports awarded the four members of Team USA for the World University Games – Abbott, Campbell, Heron, and Mann were awarded the Open Water Excellence Award that is given to the individual(s) who mak the greatest contribution to open water swimming for the year. The four swimmers all had high expectations for podium positions at the World University Games, but they ultimately opted not to compete due to high water and air temperatures at the competition venue in Taipei.

“It does not go unrecognized that the legacy of Fran Crippen continues to make a positive and important impact on swimmers.”

Becca Mann is shown above from The Morning Brew, a show that she serves as the Associate Producer while also a budding Hollywood screenwriter and established book author.