Teamwork And Camaraderie Across The Dead Sea 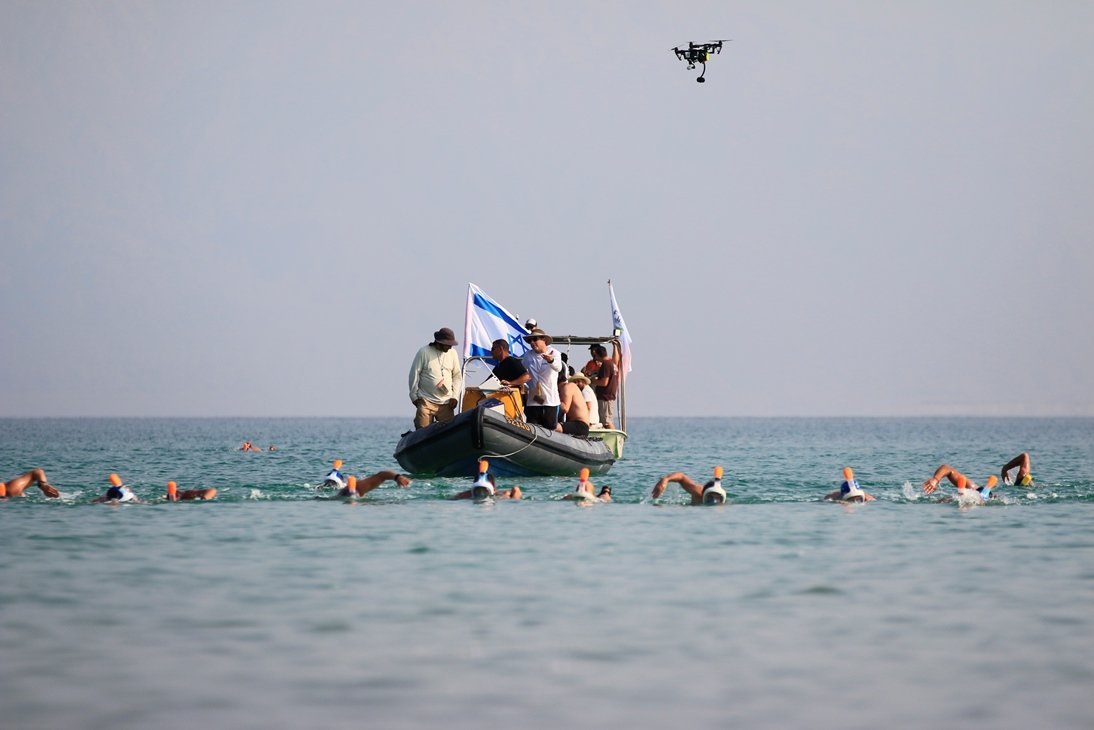 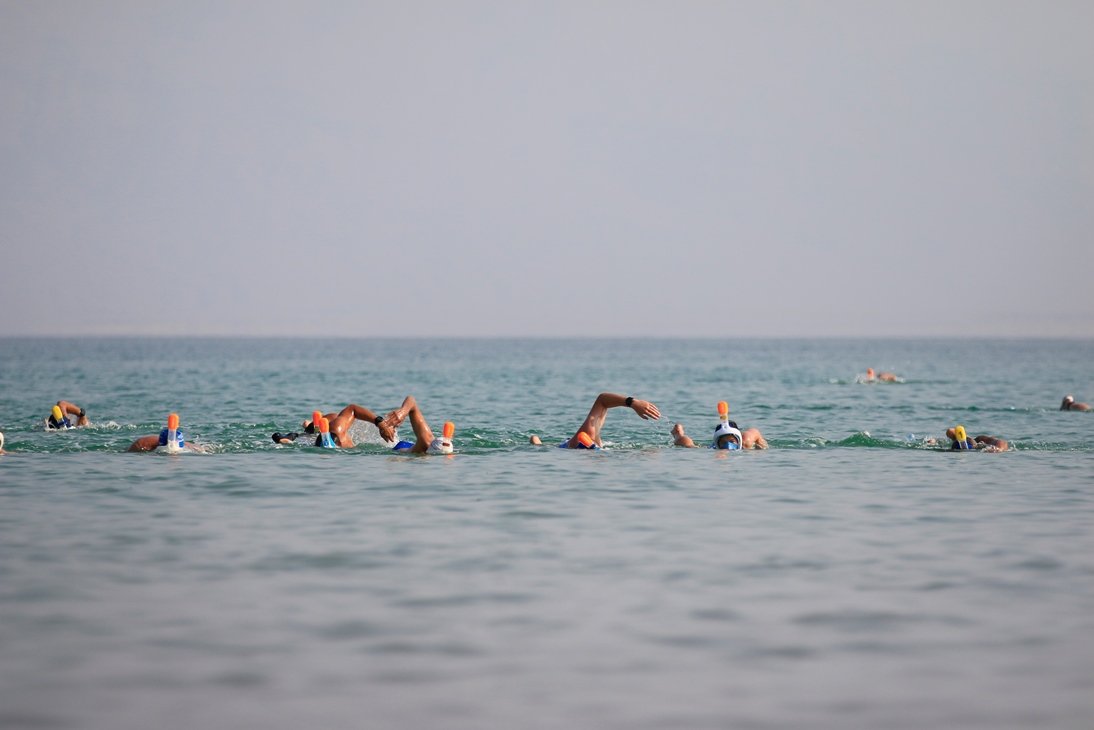 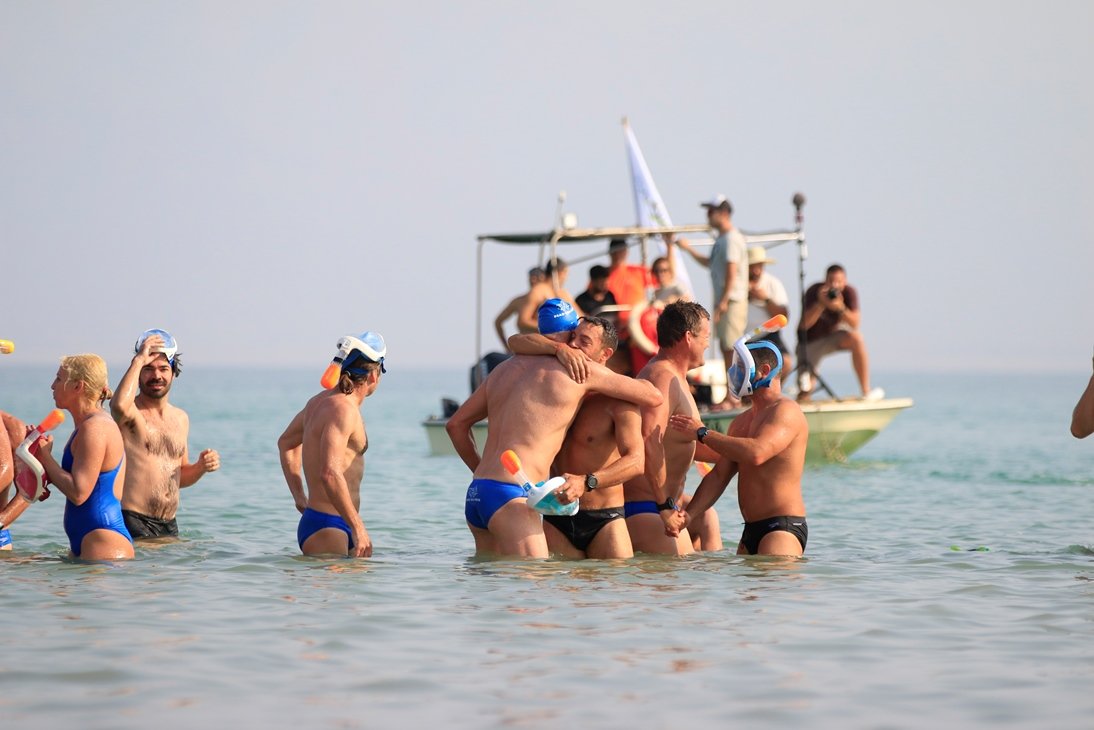 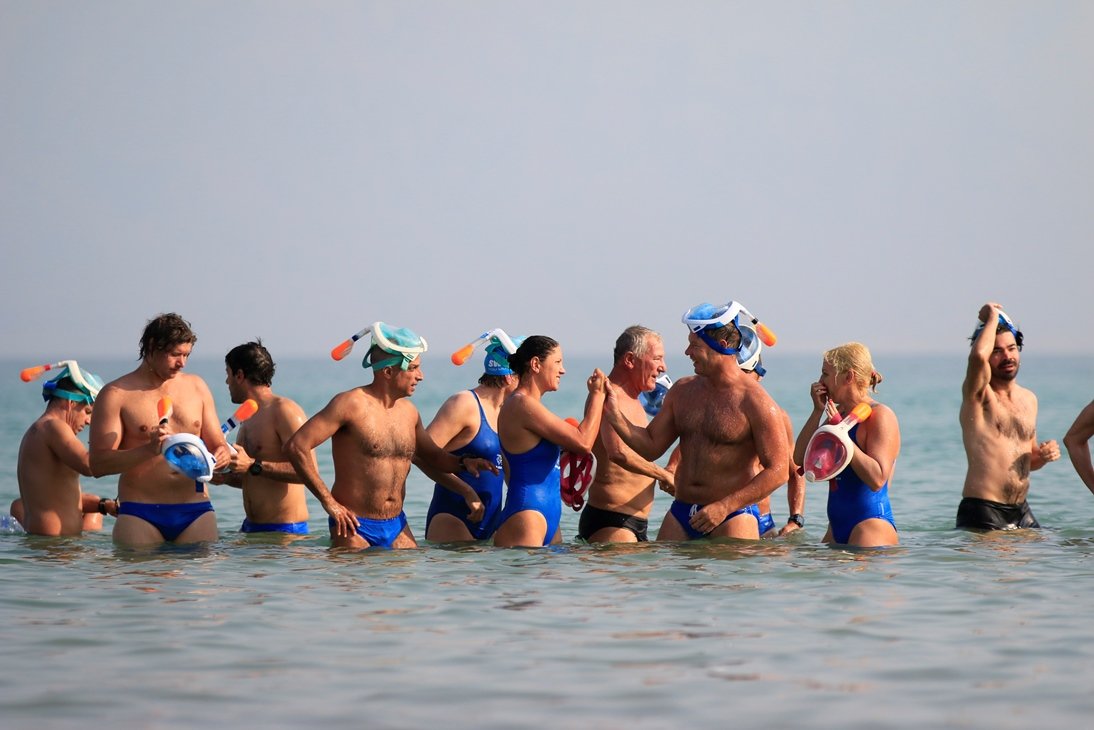 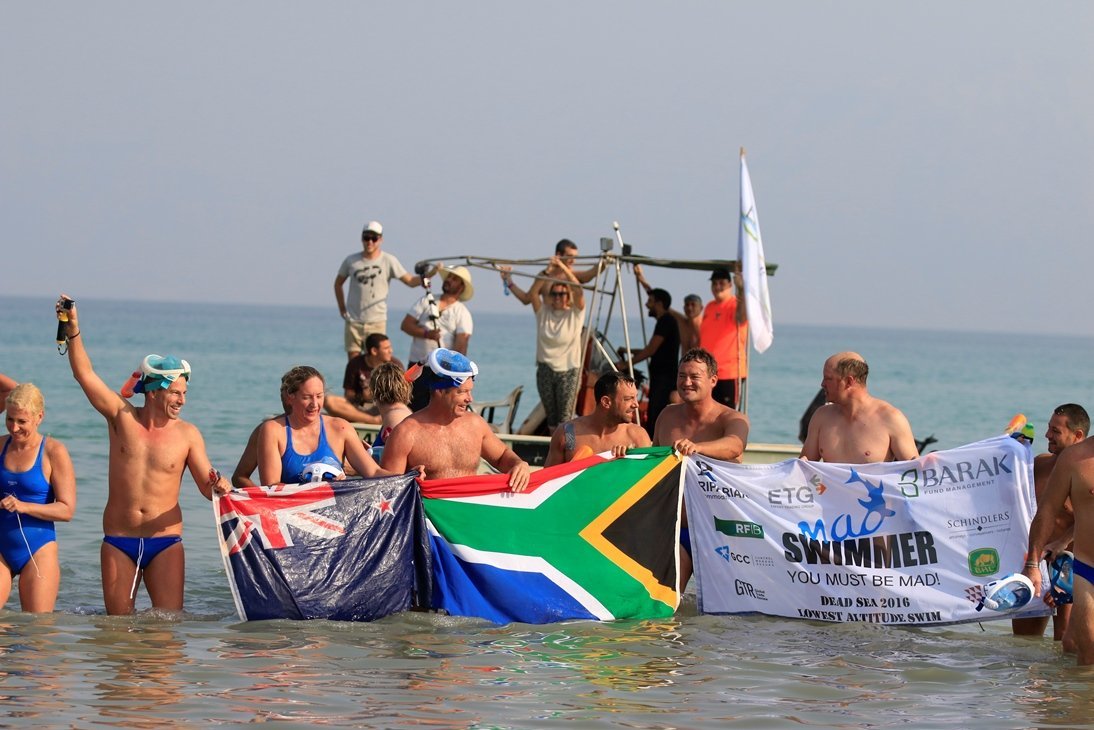 As Lewis Pugh recently demonstrated in the Ross Sea, as Bruckner Chase showed in American Samoa a few years ago, and as Ingemar Patiño Macarine promotes during all his inter-island crossings in his native Philippines, Oded Rahav said in his speech before the Dead Sea Swim between Jordan and Israel, “If you can swim it you can save it.”

“The power of people from eight countries swimming to help raise awareness to save something like the Dead Sea is powerful,” describes Ori Sela of the WEST Swimming Technique Team.

“But nothing would have happened without the Tamar region, EcoPeace and Speedo. They helped us all the way with almost everything we needed even if the tasks were hand. The Cyprus Israel Team not only had to understand how to train swimmers from other countries, but also to help them come back alive from this high-risk crossing of the Dead Sea.

The problem with marathon swimmers is that they are so strong; they know how pain feels like and they like it. I was really scared as a coach especially for them. We knew how to swim with the masks, but we didn’t know how the inside of our body will feel. Will the salt suck of our bodily liquids? Will we dehydrate from the inside? These are all questions that we had
.”

The Cyprus Israel team decided to split up and held each group as team captains. Each Israeli swimmer helped the swimmers from overseas who did not train ahead of time in the Dead Sea. They had to demonstrate to them how to feel good and swim safe without pushing themselves to the limits.

“On Monday morning the day before we had the first and final training session, most of the 28 swimmers swam for the first time in the Dead Sea. Oded gave the schedule. Dov Litvinoff, one of the greatest guys who I met in my life, said ‘I had only one hour and a half to teach everybody how to feel good one day before the swim.

We started with some easy drills such as floating on the stomach and on the back with their hands above the water. We practiced balancing and using the protective mask [see video below] with a bottle, feeding and drinking 25 meters, 50 meters. We talked about life with each group for 5 minutes to know and learn who you are going to swim with – but especially how you are going to help each other and who will help you. The last drill was with our support team of Nimrod Erez and Uri Brown when we boarded the boats and swam 1 km
.”

“The Madswimmers from south Africa are amazing. We would not have succeeded anything without them. We have a connection like brothers have; we have the same blood.

As Uri Brown said, ‘We made the Dead Sea come alive.’

Some of the swimmers got on the boats during the swim to catch up with the others. 80% of them finished the entire 16.9 km distance due to our teamwork. It was not a solo challenge; rather, it was a worldwide team challenge 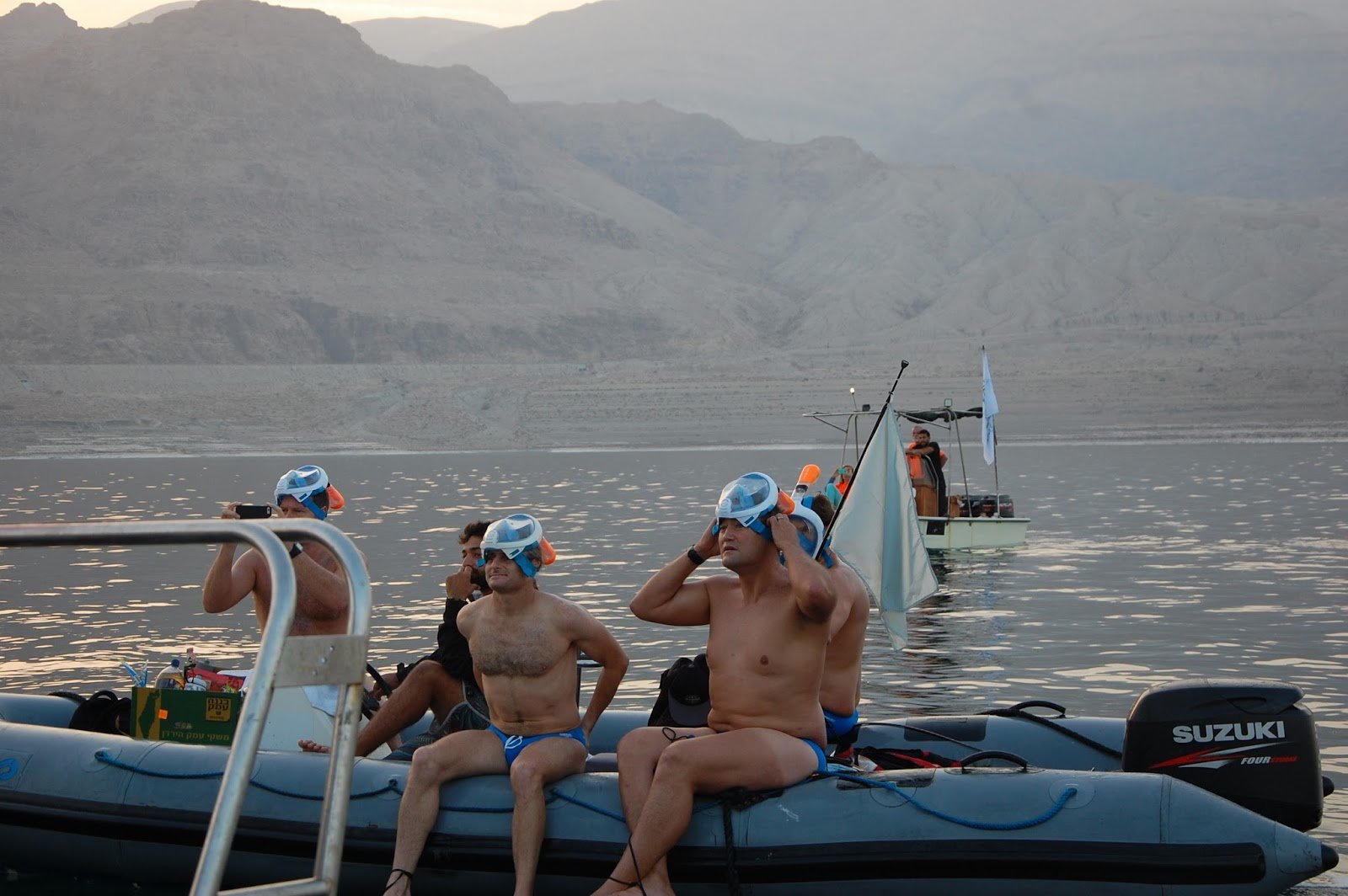 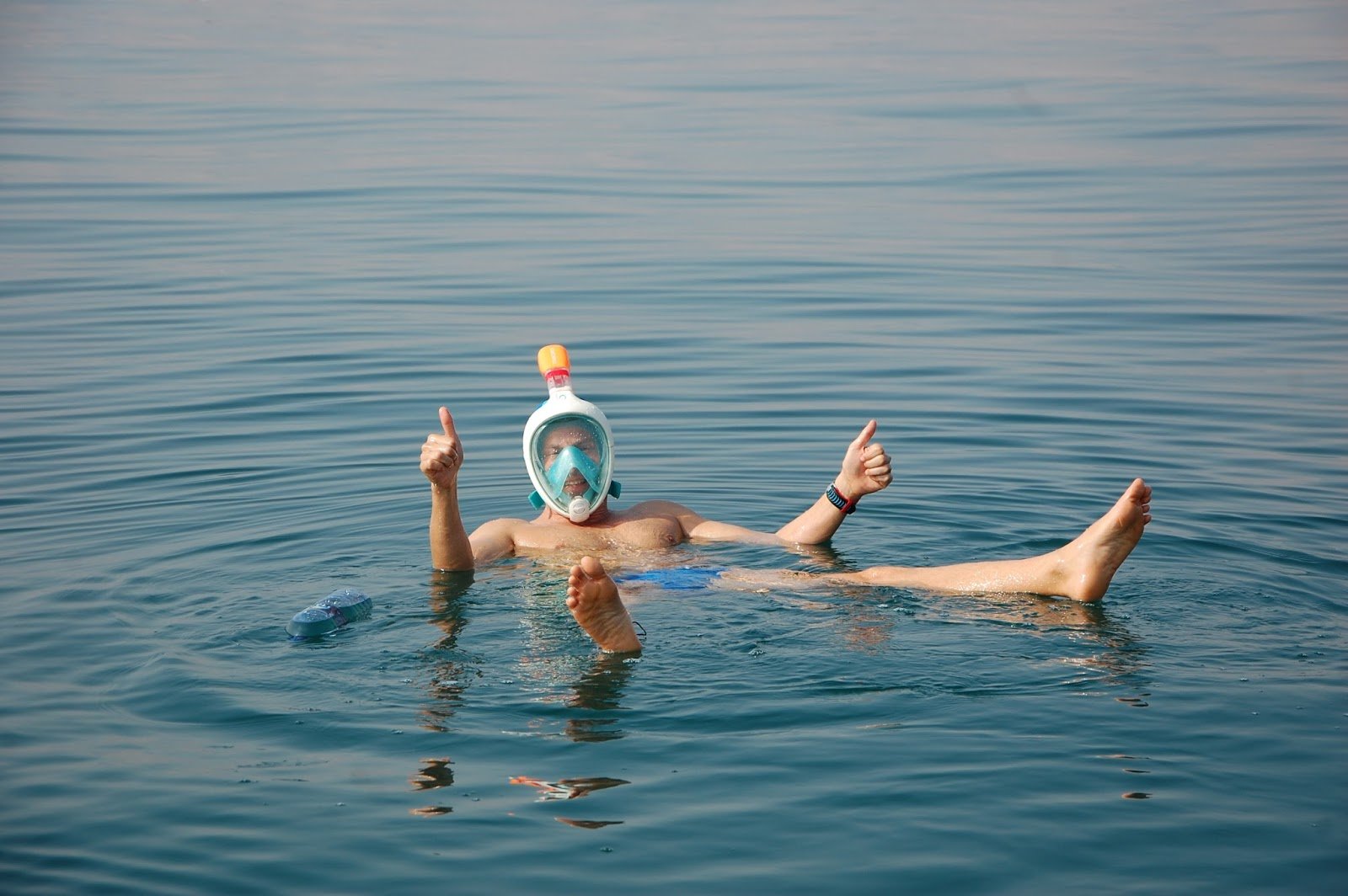