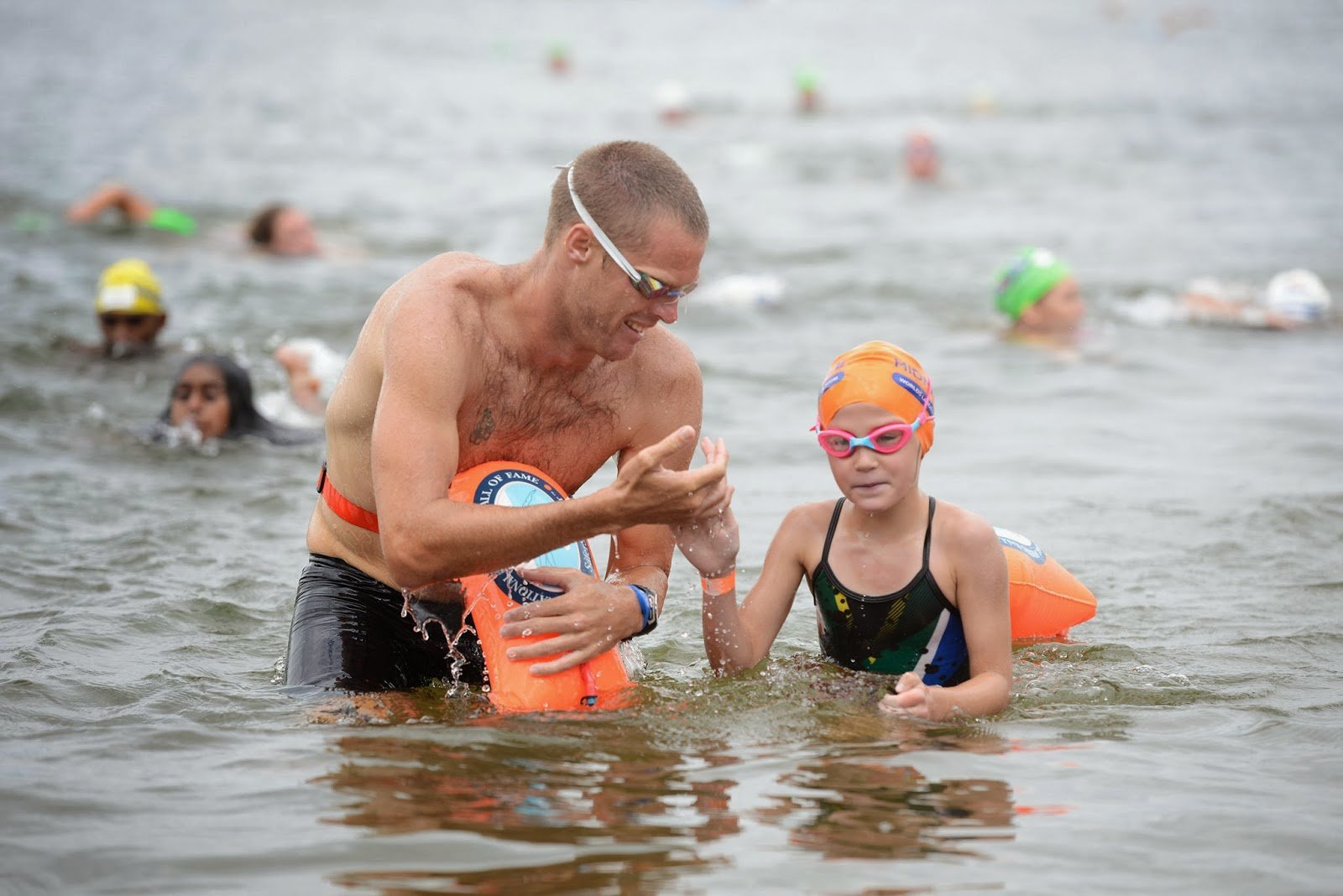 Terence Parkin is a special person. “I sat right next to him throughout the weekend,” said Ashley Twichell, winner of the aQuellé Midmar Mile. “He is a very genuine, humble, friendly guy.”

Parkin was born in Zimbabwe and won the silver medal at the 2000 Sydney Olympics in the 200m breaststroke. He used sign language to communicate with his coach at the Olympics where he famously said, “I am going to the Olympics to represent South Africa, but it’s so vitally important for me to go, to show that the deaf can do anything. They can’t hear, they can see everything. I would like to show the world that there’s opportunities for the deaf.”

Parkin has done that and much more, both big and small. 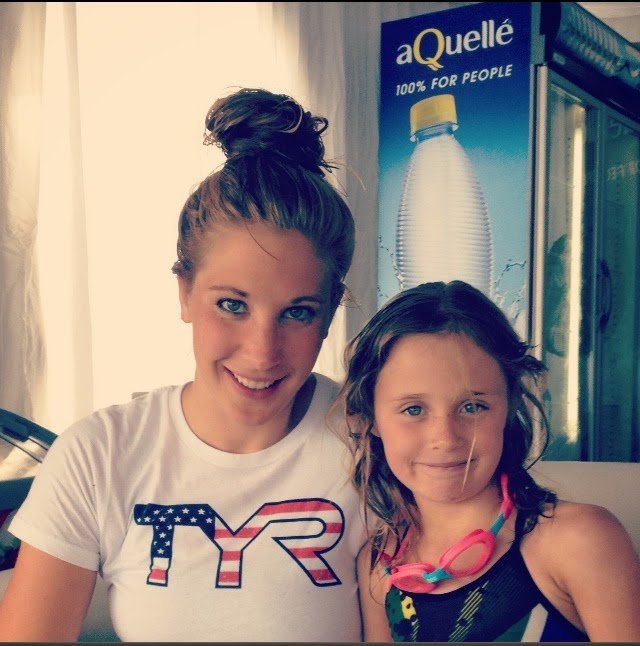 Despite the broken ribs, he swam and kicked using the International Swimming Hall of Fame safety device.

He is widely known among breaststrokers and South Africans as someone special in the pool.

The open water is no different.

A few years ago, Parkin did the unprecedented at the aQuellé Midmar Mile.

Parkin not only joined the 8-mile Charity Club where athletes swim all 8 one-mile heats across the Midmar Dam, but he went took the charity swim 8 steps forward.

The swimmers of the 8-mile Charity Club swim point-to-point, from start to finish, of the normal Midmar Mile course. After they are finished, they boat back to the start to begin their next mile start. But Parkin refused to get a boat ride back. Instead he swam back, completing a total of 16 miles to raise money for charity.

He could not hear the cheers, but he certainly sees all.

Photo of Terence Parkin and his daughter at the end of the Midmar Mile courtesy of Anthony Grote/Game Plan Media.