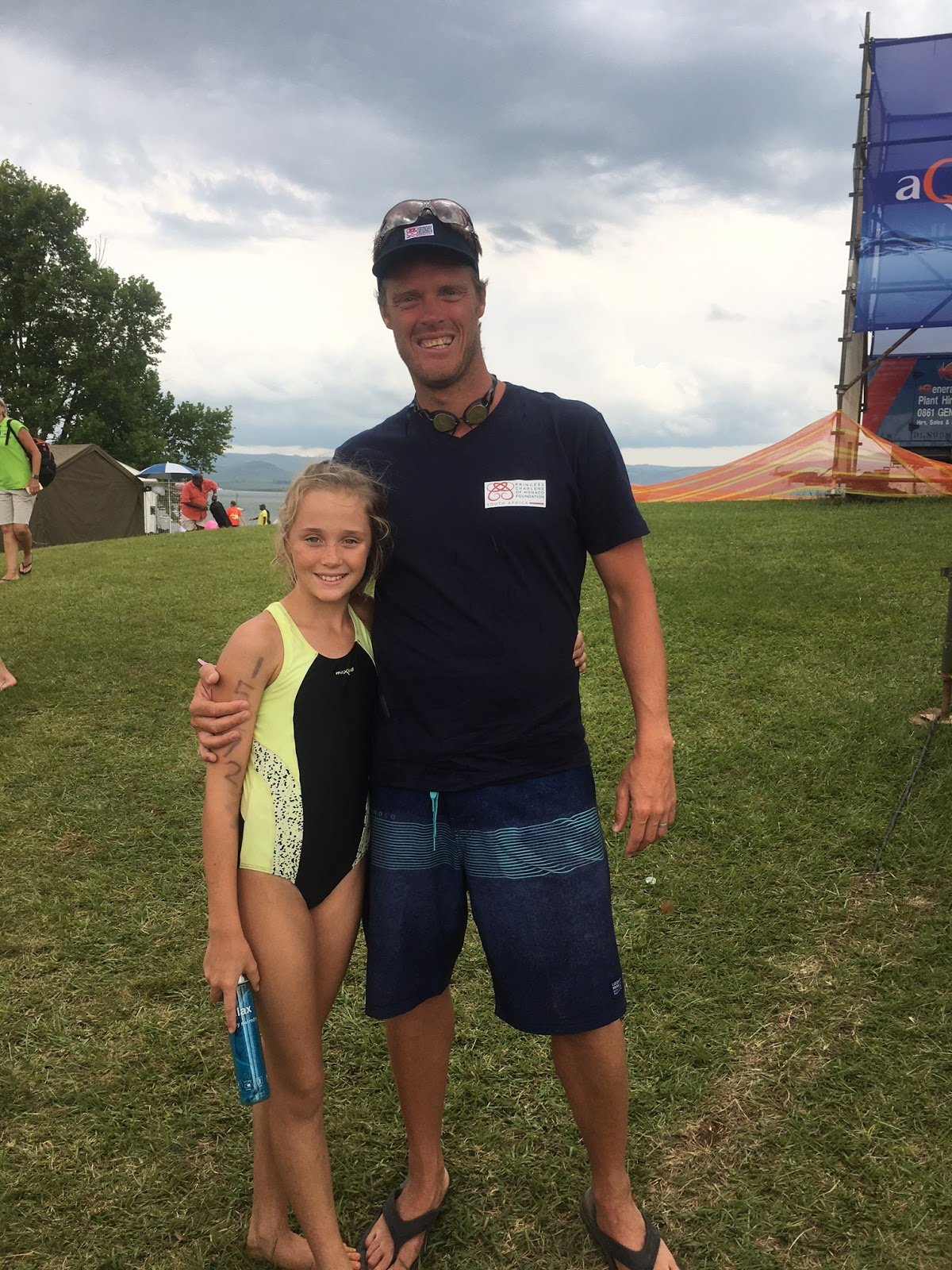 Terence Parkin, originally from Zimbabwe, completed another 8 miles for charity at the 44th aQuellé Midmar Mile.

The deaf pool and open water swimmer for South Africa who won the silver medal at the 2000 Sydney Olympic Games in the 200m breaststroke, is a real-life hero – not only for his athletic feats, but also for saving a young boy’s life in the water in 2011.

He always has a huge smile on his face.

Especially throughout the aQuellé Midmar Mile in Pietermaritzburg, KwaZulu-Natal, South Africa [shown above with his daughter].