Terry Laughlin, The Master Who Changed My Life 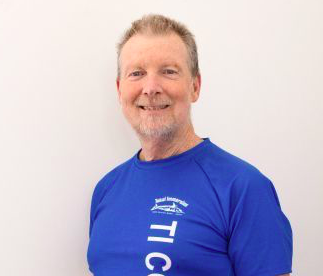 Terry Laughlin, The Master Who Changed My Life

Tim Ferriss is huge, a major bigshot, a heavy influencer. The well-published author, successful entrepreneur, popular public speaker and namesake of an American television program has a direct and indirect influence over many millions of people.

His self-help books have appeared on the New York Times, Wall Street Journal, and USA Today bestseller lists. He is an investor and an advisor to Facebook, Twitter, StumbleUpon, Evernote, Uber, Shopify, and other tech companies.

But an open water swimmer and coach heavily and profoundly influenced Ferriss.

He explains, “While I didn’t know it at the time, this episode [click here] ended up being Terry Laughlin’s final long-form interview. Terry passed away from cancer complications on October 20th, just two weeks after we recorded this interview.

Terry was the founder of Total Immersion Swimming. He had a profound impact on me — teaching me to overcome a lifelong fear of water and swimming (see here). But more than that, he’s been an inspiration for the way I’ve done anything since.

Total Immersion Swimming…is not just about swimming; Terry’s elegant method of deconstruction and logical progression is the epitome of what I strive to do when I’m talking about learning any skill — from investing to learning languages.

Also read, Terry Laughlin Made The World A Better Place.