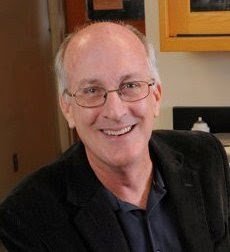 Swimmers heading over to Japan have expressed concerns about swimming in Japan – both in pools and the open water – due to the tsunami that destroyed the nuclear reaction in Fukushima, Japan.

But open water swims are not only continuing in Japan, but also flourishing from east to west.

Meanwhile, the public continues to be concerned about radiation throughout the Pacific Ocean. Ocean-goers wonder if swimming in the Pacific poses risk – significant or not.

The pair from Northern and Southern California are leading a scientific study along the West Coast with 22 universities and labs called Kelp Watch 2014.

Kelp Watch is a scientific campaign designed to determine the extent of radioactive contamination of California’s kelp forest stemming from Japan’s damaged Fukushima nuclear power plant following the 2011, earthquake and tsunami. Researchers and volunteers in Kelp Watch will test 15 pounds of kelp from 35 different locations along the West Coast from Baja California in Mexico to Sitka, Alaska.

The scientists will test the extent of contamination and radiation levels in the kelp. The data and findings will be posted online for public edification as the affected seawater from the Japanese disaster is expected to reach the California shores this summer and continue flowing until 2016. Kai Vetter, a nuclear physicist at the Lawrence Berkeley National Laboratory, will manage the radiation analyses of the kelp starting in February.