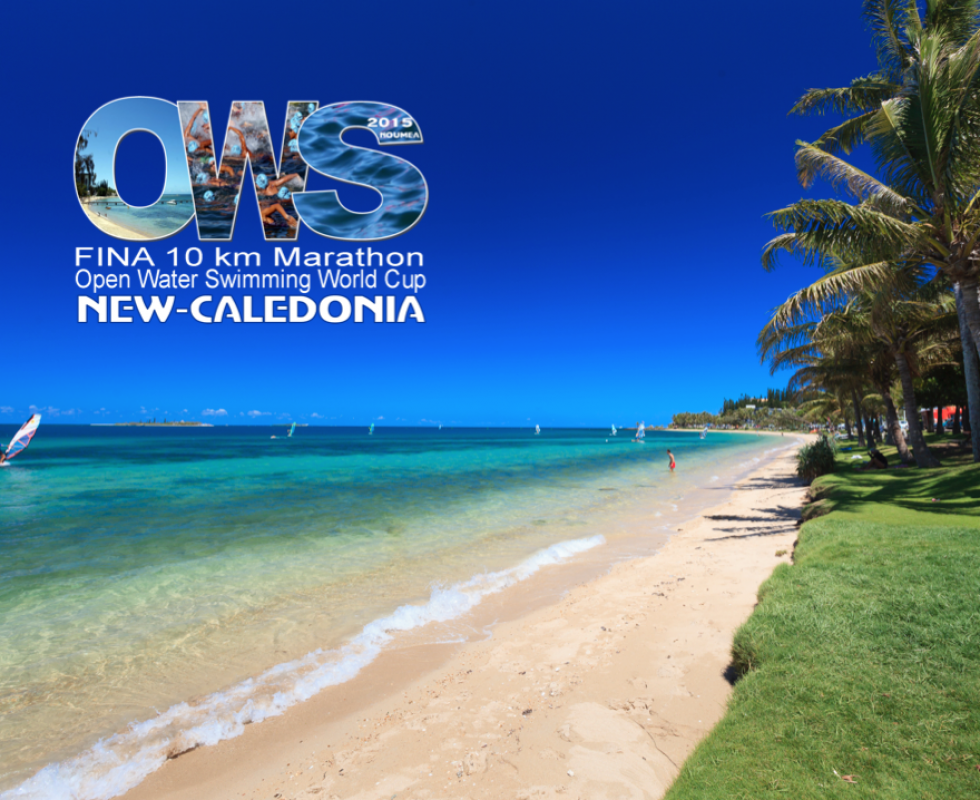 The first step in becoming an Olympic in marathon swimming begins this month for French and Australian swimmers.

The next two stages on the FINA 10K Marathon Swimming World Cup will be held in tropical locations. A new race in New Caledonia will be held on April 18th in the South Pacific followed by a race on May 2nd in Cozumel in the Caribbean Sea.

These races are the qualification events for Australian and French swimmers to earn the right to compete at the 2015 FINA World Championships in Kazan, Russia this July. The Kazan Championships is the next stage to become an Olympian. The top 10 athletes will qualify for the first 10 slots in the Olympic 10K Marathon Swim.

The Australian representatives will be determined by the results in the FINA race in Cozumel. Six Australians were chosen from the BHP Billiton Aquatic Super Series 10 km held in January. There are 3 men and 3 women competing with the first 2 of each gender earning the right to compete in Kuzan.

Stéphane Lecat is in Noumea, New Caledonia hosting a new 10 km FINA World Cup event, the first in Oceania since the International Marathon Swimming Association-sanctioned event in Sydney Harbour, Australia in 1991. French Swimming is using the warm-water ocean race as its selection process for Kazan.