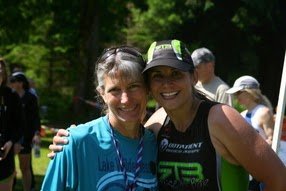 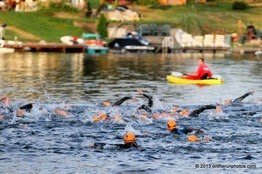 Raise the Bar (RTB) is a group of swimmers, runners, cyclists, and multisport athletes that provides training and produces events in the Puget Sound area in the state of Washington.

RTB’s mission is to create opportunities for fun and personal achievement through multisport and events like its Friday Night Swim Races in Lake Meridian.

Organized by Brad Williams on June 13th, the distances of the Friday Night Swim Races include 0.5 miles, 1.2 miles, and 2.4 miles in a 4-buoy rectangle course in a 67ºF.

RTB’s team started as a group of 7 women in 2004. Their core values of humility, community, and continuous improvement quietly and gradually caught the attention of many others. The group has currently grown to 200 athletes.

While its athletes place well and occasionally win, RTB touts the fact that it is a team of diverse abilities and experiences whose members race frequently – more than 1,500 times in over 100 different races – triathlons, duathlons, open water swims, and cycling and running races last year.