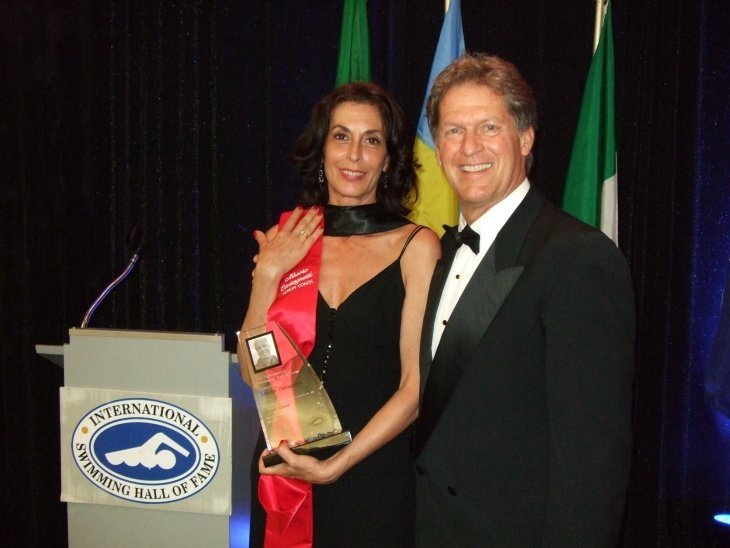 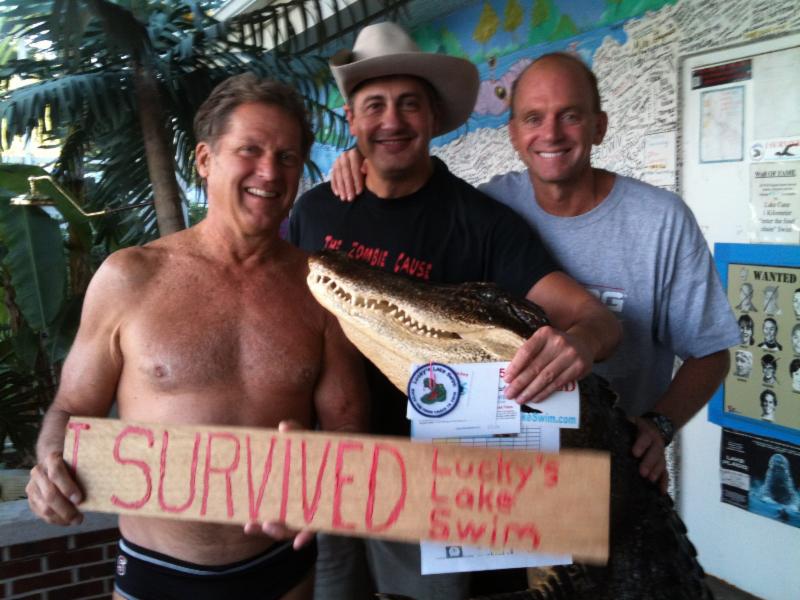 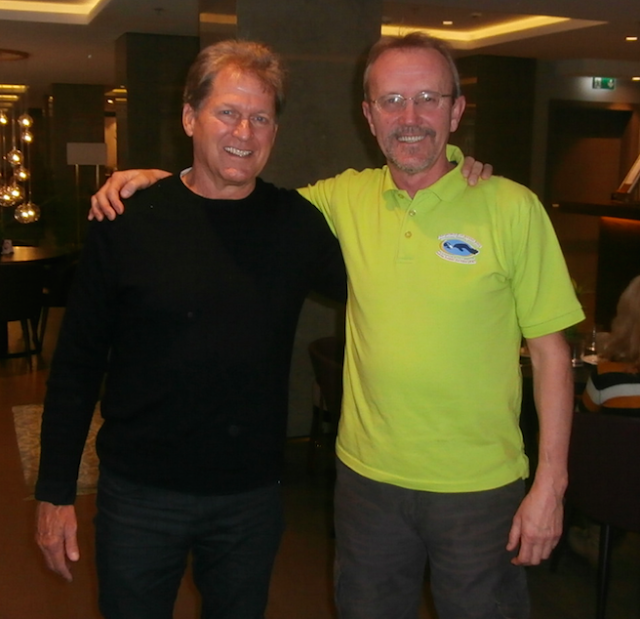 Bruce Wigo recently announced his plans to resign as the President and Chief Executive Officer of the International Swimming Hall of Fame after an eventful and remarkable 12-year run.

Although his tenure is scheduled to end on December 31st this year, Wigo will remain serving as the Hall of Fame’s curator which makes sense given his comprehensive knowledge of both pool and open water swimming as well as other aquatic disciplines that are part of the Hall of Fame’s scope.

“Bruce not only understood where and how open water swimming has an important role in the overall historical aquatic community, but he also never hesitated to promote and call honor to open water swimmers, coaches and administrators,” recalled Steven Munatones. “He helped the sport behind the scenes and shored up open water swimmers’ place within the Hall of Fame – all without calling attention to his own efforts and considerable time that he dedicated to honoring swimmers both long gone and those who are contemporary heroes and heroines.

Bruce repositioned the International Marathon Swimming Hall of Fame and took it to the next level with David Yudovin, Beth Yudovin, Ned Denison, Chris Guesdon, and Dale Petranech who helped carry out his vision and plans
.”

The International Swimming Hall of Fame’s Board issued a statement, “We have been so appreciative for the leadership that Bruce has brought to the International Swimming Hall of Fame over the past decade. Bruce has brought integrity to the daily operation of ISHOF and will continue with us on a part-time basis as a key staff contributor to the organization.”

“It is with great respect that I pay tribute to Bruce Wigo who has given his all to the International Swimming Hall of Fame,” added Chairperson Donna de Varona. “Without his passion, persistence and love of aquatics I believe the International Swimming Hall of Fame would be a distant memory. Not since its founder Buck Dawson has our sport had such a loyal devoted professional. Buck created the Hall to preserve our sports history and to honor those who have contributed.

Bruce took the reins of leadership when the ISHOF was in trouble. We are now financially stable and have the opportunity to become one of the great sports museums in the world in both Fort Lauderdale and in the City of Santa Clara. It is my hope that the aquatics community, in recognizing Bruce Wigo’s contributions finally steps up and supports our history which is rich in tradition, memorabilia and replete with role models
.”

Wigo explained his decision. “This has been both a difficult and an easy decision. I am so grateful to have had the opportunity to work with great people and to get to know some of the great names of aquatic history, like Alan Ford, Sammy Lee, Esther Williams, Sandor Tarics and Adolph Kiefer, to name a few of those who are no longer with us.

But by stepping aside while I’m still relatively young and healthy, I look forward to spending more time with my children, grandchildren, family and friends
.”

Wigo’s leadership helped steer ISHOF through difficult and challenging years of the early 2000s and oversaw governance restructuring, and recruitment of a new Board of Directors and bylaw changes. His other achievements include:

• Helped raise millions of dollars through gifts, grants, donations and the development of ISHOF-branded products that returned ISHOF to financial stability.

• Reorganized the museum and created new exhibits leading to positive reviews in the NY Times, Washington Post and ISHOF being named “Best Sports Museum” in Florida by the Travel Channel.

• Supervised and raised funds for the preservation and digitization of many of the most significant photographs, films and videos in the ISHOF archives and revived the ISHOF annual yearbook.

• Orchestrated the acquisition of historically significant memorabilia to the ISHOF collection, including original prints, books, works of art, swimwear, scrapbooks and Olympic medals.

• Provided assistance and materials to researchers, writers and filmmakers for numerous documentary films, television programs and books and magazine articles.

• Made significant contributions to historical research, particularly in the areas of racial and ethnic diversity, for learn-to-swim programs and global aquatic history.

• Was actively involved in drowning prevention as President of Swim-Central and as a member of the Board of Directors of the National Drowning Prevention Alliance.

• Was recognized as one of Aquatics International’s Power 25 and received the Lighthouse Award by the National Drowning Prevention Alliance.

• Co-invented and brought to market the original ISHOF SaferSwimmer buoy with 100% of the profits going to support ISHOF. This product has been credited with making open water swimming safer and more accessible and which has now been imitated around the world.

• Collaborated with the City of Santa Clara on plans for a new multi-million dollar Community Recreation, Aquatic Center and museum, that promises to make ISHOF one of the world’s great cultural attractions and aquatic venues.