The 9 Hands Of Swimming

The 9 Hands Of Swimming

Vintage photo above shows young boys learning to swim while ironically appearing that they could also be learning to wrestle.

Swimming improvement is, and will always be, a search for the best technique…whether it be through recycled biomechanical theories, hydrodynamics, physics or simply the latest and greatest swimming toy. Maybe, just maybe, the Holy Grail of swimming technique lies in looking outside of swimming – to an entirely different sport…maybe wrestling has the answer?

Andre Metzger is a Hall of Fame wrestler and coach. At the age of 19, the young American was a World Championship medalist who later won two NCAA titles at the University of Oklahoma. He is probably the last person one might think of consulting on how to think about technique in the water. The TEAM USA website states, “Andre Metzger is one of the greatest technicians in amateur wrestling history, and he wrestled and won more matches than anyone, competing in over 2,000 matches and winning 1,870 for an estimated winning percentage of 93.5%.”

Metzger coached at many legendary wrestling programs after his career as an athlete: Indiana University, University of North Carolina and Villanova to name a few. 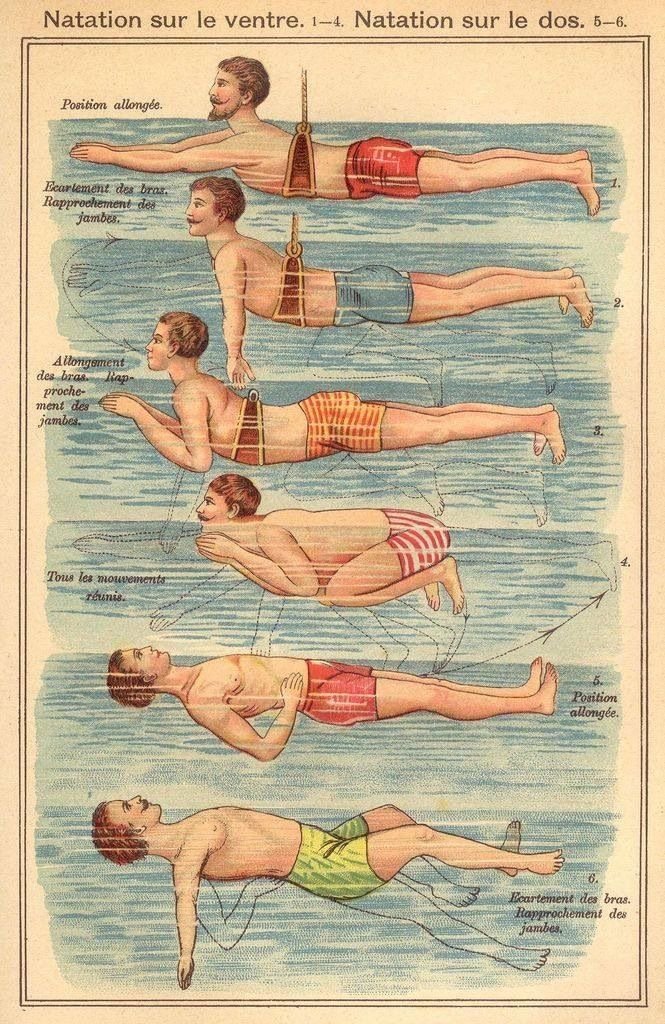 Metzger’s passion for wrestling technique was, and remains to this day, the catalyst for his creation of a concept he calls The Nine Hands of Wrestling or the 9 Hands Principle.

His 9 Hands refer to:

Metzger and I believe that an athlete should know the position of all their 9 Hands at all times.

In the sport of wrestling, if the opponent takes away one or two of the “hands” (e.g., one hand and the related elbow) by holding or locking, the athlete must be instinctively ready to use their other hands to escape from, or take advantage of the opponent.

Among swimming coaches, the current trend has been to look at swimmers and see how well they are (or are not) ‘connected’ in the water. There are multiple drills, which are used by many coaches and swimmers, to help reinforce or improve this connection. There are also hybrids of these basic drills using equipment or land exercises to improve connection and stability of the aquatic human.

But, it might be the time to start thinking like Metzger. A swimming coach will see an imbalance in rotation, a difference in hand entry from left to right, or even a lopsided kick. The traditional swimming coach’s normal response is to correct what we see and make a direct change, a coach might be heard “enter that left hand more on the vertical line” or “you need to rotate to the right a little earlier.” Instead, swimming instructors should coach and adapt more like Metzger, thinking of the freestyle catch more from the Head-Hand, or think of the kick more from the Knee-Hands.

Here are some simple possibilities of how we can rethink swimming using the concept of 9 Hands of Swimming:

· Head-Hand (hand #1) – The head and body make up about 80% of our total body weight. Swimming coaches have been forever evolving how we position our head. Should our head be slightly forward, or should it be in direct line with our spine? The question will continue to be debated, but I propose we look at the head from the relationship to our other 8 hands. How do those hands push or propel our head through the water or off the starting blocks or even how we project our head through the water. For example, how can my Feet-Hands help my Head-Hand, etc.?

· Feet-Hands (hands #2 and #3) – The feet-hands are far more important than one would think. Of course we kick with our feet: flutter-kick, dolphin-kick and breaststroke. The feet are certainly important to create propulsion in the kick, but also to push off the walls and blocks with a plyometric force. Using the 9 Hands concept, we can use our feet-hands to balance our hand-hands and mitigate our knee-hands. These are just a few of the possibilities.

· Knee-Hands (hands #4 and #5) – The knee-hands are most commonly connected to the following swimming related topics. First, we often talk to young swimmers about the breaststroke kick and how they move their knees. Usually, a swimmer moves their knees too much. Maybe we should look at the feet-hands to correct this technical mistake, or maybe even change the position of the head-hand to adapt the position of the knee-hands. Another “knee” subject in swimming is in the flutter kick. There are many young swimmers and adults who are new to swimming, will bicycle kick in the water where they over-extend their knees. Again, we might want to change the approach and look at the other hands to make this adjustment or correction.

· Elbow-Hands (hands #6 and #7) – The elbow-hands are always associated with ‘the catch’. Recently, swimming has changed its description of the arm motion underwater from a pull to an anchor. This way of describing the arm/elbow/hand position has really helped in the stability of the swimmer. Again, it is novel to think more about how the elbow-hands can affect the hand-hands and vice-versa. Moreover, how can the elbow-hands be influenced by the other hands in some of the more explosive swimming movements like the start and the turns?

· Hands-Hands (hands #8 and #9) – The hands? We could discuss the hands in so many ways. Fingers together, fingers slightly apart. Thumb entry first or pinkie entry first? Relaxed hands and wrist or rigid hands and wrist? The list is endless…what if we think more about the hands from the head-hand or even the feet-hands? How could we do this? Well, maybe it is more in the actual racing part of swimming and less in the technical pieces. A swimmer might be able to use their ‘hand-hands’ to dictate the tempo of their stroke, to navigate closer or further from an opponent in a next-door lane. The swimmer might even be able to change their own sound in the water by creating a little bit more, or even less splash sounds.

There are so many ideas and theories can be developed from the concept of 9 Hands of Swimming. Metzger has long been considered a technical genius in the sport of wrestling. It needs to be considered that he may have tapped into the secret of more sports, or even of all sports. He has initiated a concept that really can develop swimming coach’s way of thinking to an entirely different level, another dimension of movement.

One oft-stated observation of Metzger captures his philosophical and physiological thoughts on everything, “We think with our body and we move with our mind.”

Think about that and swim well.