The Age Of Exploration In The Open Water Continues 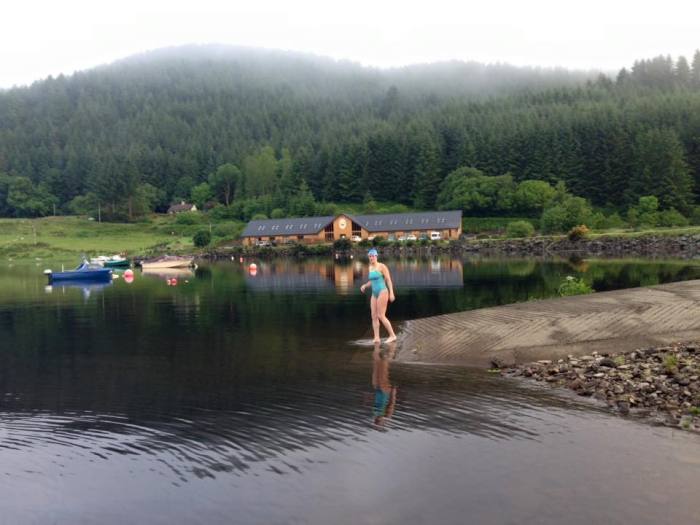 Sam Plum, Jason Betley, Helen Gibbs, Helen Liddle, and Debbie Taylor accomplished what they set out to do: swim the longest lakes in Scotland, England and Wales.

It had never been done before and they wanted to do something different.

Like explorers of previous generations and many others in the annals of open water swimming, they wanted to be denoted as the first to do a swim.

With all the innumerable bodies of water on Planet Earth, they used a bit of creativity, spent a lot of time planning, and then went out and enjoyed the challenge as they reached their goal.

The first swim in their The 3 Lakes Challenge or Loch, Lake, Llyn was 25 miles (41 km) – and 11 hours 47 minutes – across a perfectly tranquil Loch Awe in Bonny, Scotland’s longest freshwater loch.

One down – their longest relay swim – they still had two to go and a total of 396 miles of traveling between.

But a new adventure, an unprecedented swim and a record effort were their goals.

After traveling by mini-bus to Lake Windermere over night in the rain, they set out to cross the 10.5 miles (16.9 km) of Windermere. Again, tranquility prevailed across England’s largest lake and the quintet finished their second crossing in 5 hours 53 minutes.

Much more exhausted both mentally and physically, they hopped back on the bus and kept driving, literally and figuratively. History was in the works and they only had a short swim across Llyn Tegid (or Bala) in Wales left. Although their shortest swim was only 4 miles (6.4 km), they were exhausted from a lack of sleep. Mother Nature was not going to make their last crossing easy. The two earlier placid swims over glassy surfaces were replaced by irritating chop and strong winds.

But after a tough 1 hour 43 minutes, Plum, Betley, Gibbs, Liddle and Taylor had accomplished something no one else in history had planned, attempted or accomplished. They will always be the first.

For more information on the The 3 Lakes Challenge (Loch, Lake, Llyn), visit here.