The Age-Old Courage And Speed Of Cyril Baldock 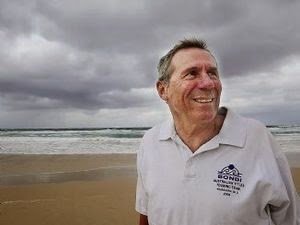 Not only did Cyril Baldock of Australia, a life member of Bondi Surf Bathers’ Life Saving Club and 7-time national surf-swim and rescue/resuscitation champion, complete a crossing of the English Channel for the second time, but he also became the oldest human in history to make such a crossing.

Two-time Half Century Club member Baldock was 70 years and 9 months at the time of his crossing – 4 months older than previous record-holder Dr. Roger Allsopp.

What may be even more mind-boggling as his chronological age is his remarkably quick time of 12 hours 45 minutes, faster than more than half of all the English Channel swimmers in history.