The Back Story Of Jamie Patrick’s Great Lake Swim 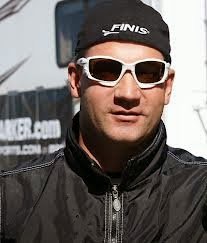 Jamie Patrick is estimating his 90-mile (144.8 km) solo crossing of Lake Michigan from Milwaukee, Wisconsin to Chicago, Illinois will take about 55 hours.

And his non-wetsuit swim, called The Great Lake Swim, will be a media broadcast like no other, an unprecedented feat in itself.

Patrick‘s marathon swim will be unique:

But this extravaganza requires not only a swimmer who can pull this all together, but also talent and technology on the broadcast side of the equation. 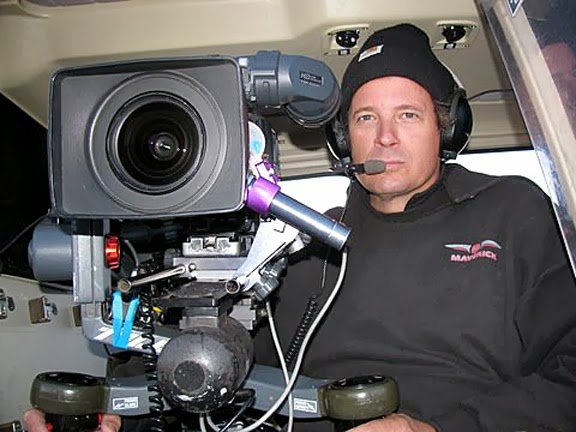 Patrick has teamed up with the best: Doug Stanley of Ridgeline Entertainment.

Stanley has produced the most amount of television footage in a marine environment. With nearly a decade of hit cable television shows under his belt, from the Deadliest Catch to the Lobster Wars, Stanley and his team at Ridgeline deliver not only unique 3D programming, but also produce innovative, next-generation social broadcasting from some of the wildest places on Planet Earth.

“Essentially, Jamie’s swim will utilize Facebook as a television channel,” explains Stanley who has produced unique programming from Alaska to Johannesburg South Africa where the footage went live to satellite and Direct TV as well as the first pay-for-view programming on Facebook. “We are on the bleeding age of broadcasting for tomorrow,” the two-time Emmy Award winner explained from San Francisco. “We created a professional broadcast platform within Facebook that reaches throughout the online social world.”

Stanley’s experience and vision are seemingly the perfect match for the charismatic California swimmer. Their energy and talents feed off of one another. “Jamie and the Great Lake Swim has what it takes to become a hit story with trackable elements. Marathon swimming is a rich world for stories that can draw reach through traditional media. As the traditional media draw visitors to the online world, we can also simultaneously promote interactivity in the online world. The nature of the 90-mile swim itself – and the time that it will take – allows for secondary and tertiary stories about Jamie, the sport and his crew. This kind of event has the potential to create good media and a great backbone for outstanding stories.”

Stanley and the Ridgeline Entertainment team will essentially create a social element around The Great Lake Swim with strong broadcasting (print, radio and television) footprint plus a comprehensive Facebook element enriched by additional background stories. “The swim, the crew, the dramatic environment with the weather and marine creatures of the Great Lakes Swim offers great media. Before, during and after the swim, we can draw as many stories as possible with its rich character set,” describes Stanley. “Plus the trackable nature of the swim and the nature of the swim itself is capable of drawing huge national and international audiences over time. Because there is so much time, we can pre-produce elements. This really opens up the social environment where people can communicate on parts of the story and communicate with each other.”

Producing The Great Lake Swim is data-driven social broadcasting in a highly addressable form. “We want to do the best for the entire open water swimming community,” continues Stanley. “We will add different layers of the onion, creating individual events and an entire ecosystem of broadcasts that allows for separation of data. We have access to 400,000 people who are into open water swimming with a full-live data stream on Facebook.”

But filming on the water is not easy by any means, whether it is the north Pacific with The Deadliest Catch or The Great Lake Swim on Lake Michigan. Which is why Stanley’s experience and technology is so invaluable. “We will use a new technology for cell phone signal utilizing IP broadcasting techniques that gather to a live switcher and then to our broadcast partners. Essentially, we use a HD camera whose signal runs into a backpack with 8-13 cell phone modems inside. The technology divides the signal into packets, transmits it individually, and then re-assembles it back together for live broadcasting in our master control center. This kind of technology allows us to produce proper live broadcast with uninterrupted signal and programming. But what is important is that The Great Lake Swim will not be one-way broadcasting. We will be providing updates from the crew on Jamie’s boat who will use their mobile hot spot to broadcast via Skype and FaceTime.”

Patrick is excited about the opportunity to talk about his support team. “There is the untold story of my crew. They are all characters in themselves. Our live portal will get emails during the swim and they will respond, about the navigational side of things, what I am eating. I simply could not do this without these people around me.”

The wireless broadcasting from Lake Michigan will use new types of GoPro-type cameras: an iON camera – one HD version and one mobile phone version. “So we will see people using iON camera that will show the broadcast on their cell phone if they call on a 1-800 number on our shot-and-share platform. One problem that we found with GoPro cameras in the marine environments where we film is that the GoPro cameras fog. But the iON camera is waterproof. And when the camera is on, it vibrates. We will also construct mobile underwater switchable unit with a live switch signal. For Jamie’s swim, we will use the most advanced broadcast technologies available to show just what social broadcasting is and can be and do in the future.”

During the swim, Stanley and his team will be telling stories about Patrick’s training, his motivations, his life in San Francisco, and his family as they develop his character on a grand scale. For the estimated 55-hour swim will be a challenge like few others in 2014. Of the 116 solo swims that have taken longer than 24 hours, only 10 in history have taken 55 hours. But only two – by the renowned Vicki Keith in Lake Ontario – have been done in water as cold as Lake Michigan will be at around 67-69ºF (19.4-20.5ºC).

In preparation, Patrick will go on several training trips Lake Michigan where he will swim 5 hours on one day and then 5 hours on the next day in different parts of the lake. Then he will gradually up those training times to 6, 7, 8, 9 and 10 hours, so he can get in 20 hours of training within 2 days. “I will get a feeling about different parts of the lake. I will work with Dr. Stacy Sims again. I will get super fit and then put on a lot of weight as the summer comes around.”

So much time, so many stories to tell.

For more information on his swim, visit The Great Lake Swim here at www.thegreatlakeswim.com.