The Beautiful Swimscapes Of Felixstowe 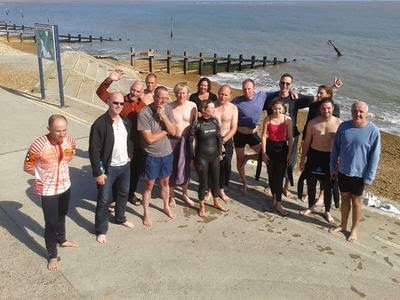 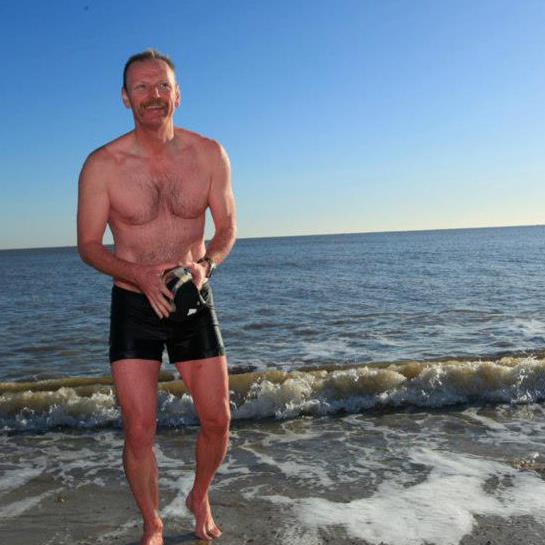 Seamus Bennett (shown below) and Alice Palmer co-founded a sea swimming pod in 2012 called the Felixstowe Swimscapes Outdoor Swimming. The pod trains in the North Sea off Felixstowe in Suffolk, England.

The growing success of the Felixstowe Swimscapes pod is a credit to Seamus who leads sea swims on Saturdays and Mondays between May and September.

In 2013 with its new beach hut as a base, the group began Saturday swimming year-round.

Nick Glendinning, a 47-year-old member, describes his teammates as “a relaxed collection of like-minded open water swimmers with Seamus at the helm.

In the winter months, it goes down to just a handful of us. There is a mixture of wetsuits and skins. The water temperatures drop as low as 6ºC. At that point, us non-wetsuits are generally in for around 20 minutes.

As the weather improves and spring rolls around, the pod stays in for longer. By the beginning of May, the regular swim is a 3 km roundtrip loop from Seamus’ beach hut outside the Fludyer’s Arms Pub up to Felixstowe Pier and back. “Those training for longer swims tend to repeat the loop,” explains Glendinning. “From the traditional Season Opener, the first weekend in May, the numbers increase and we add a Monday evening swim to the regular Saturday morning session. Last weekend, there were over 20 swimmers in the water.

Felixstowe has the mouth of the Deben River to the north and the River Orwell to the south. Every September we swim The River to River Swim, an excellent 5 km sea swim that marks the end of the season for the majority
.”

For more information on the Felixstowe Swimscapes, visit the pod on Facebook.