The Berkoff Blast, Going Underwater To Get Ahead 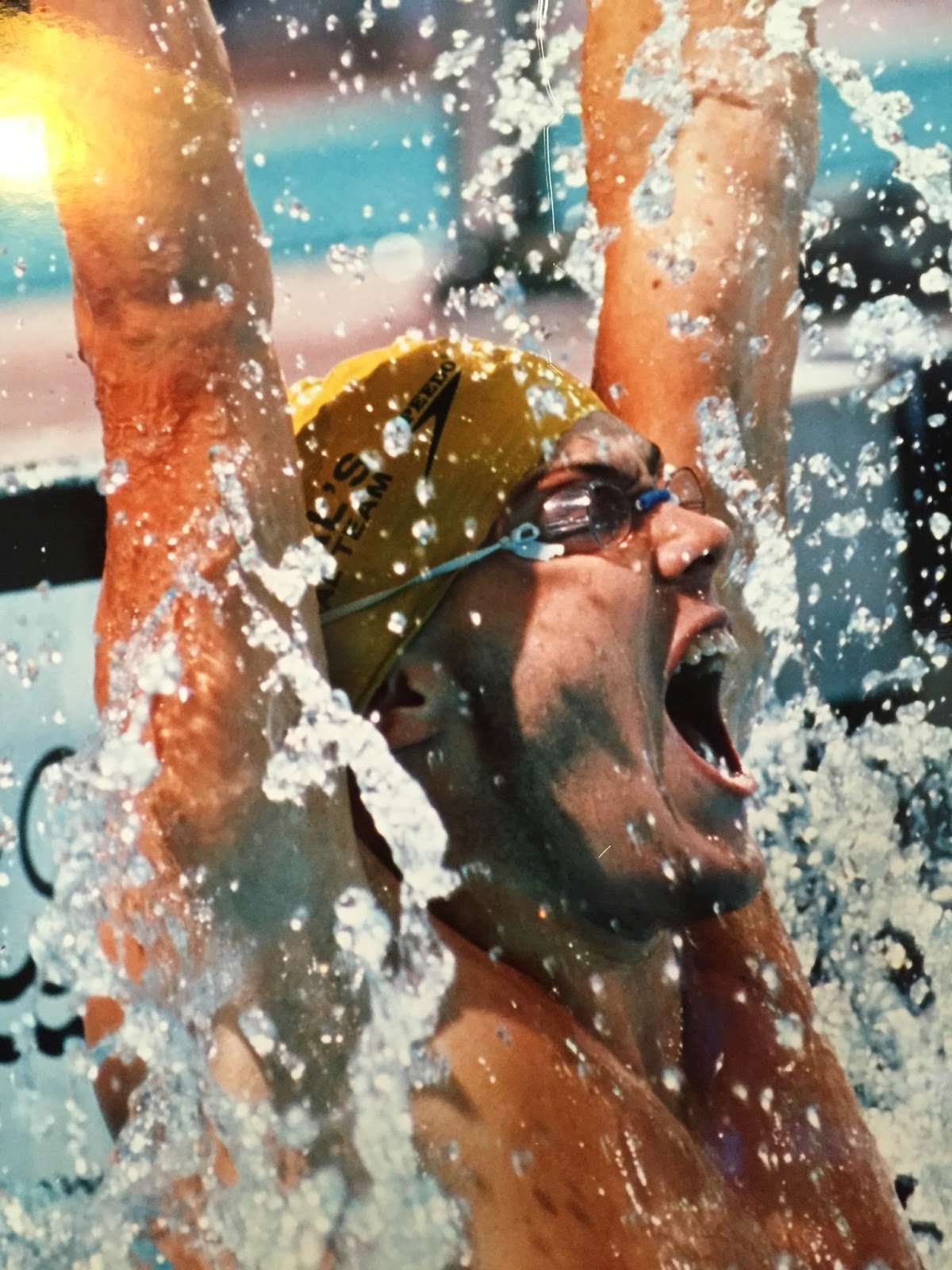 The Berkoff Blast, Going Underwater To Get Ahead

Way back when, there was a great revolutionary in competitive swimming that still is ongoing.

One of the most consistently innovative coaches in America is the former Fordham and Harvard University Head Coach Joseph Bernal.

As he was coaching collegiate athletes, he was never too far away from his own team, Bernal’s Gator Swim Club, a long-time powerhouse in New England swimming.

From young kids trying to learn butterfly to 6 Olympians vying for podium spots, Coach Bernal has always looked for gaining an edge, either psychologically or physiologically.

But there was no greater innovation in the sport of competitive swimming than his development of the Fifth Stroke.

Coach Bernal took the previously shoulder-driven sport of swimming and revolutionized it underwater with leg propulsion and core strength.

The story goes back to Harvard’s Blodgett Pool in 1986 with a fast young backstroking sophomore named David Berkoff. Berkoff was good, the best swimmer the state of Pennsylvania had ever seen, but he was not yet world-class. His stroke technique was excellent, his work ethic was on par with the best, but no one was yet predicting him to become a world record holder or Olympic champion.

When Coach Bernal had the team sprint at the end of practice, Berkoff was holding his own against the rest of the team. But he was just messing around and kicking underwater dolphin kick for much of the lap. It was a eureka moment for both coach and swimmer.

If Berkoff could swim that fast in workout, what could the possibilities be in a competitive environment?

The coach and swimmer then started to tinker with the underwater technique. Like any invention, there were lots of questions, obstacles and opportunities. How long could a swimmer stay underwater and have enough left to swim the rest of the race? What kind of training would be necessary to combine this new kind of underwater swimming with normal on-the-surface swimming? Where should the arms be placed? How best to streamline the body? Is it good for sprints only or could it be used for the 200 backstroke and other strokes too?

Coach Bernal and protégé Berkoff reached out to MIT fluid dynamics researchers and even spoke with dolphin experts at the Boston Aquarium; trying to get any advantage they could to understand the speeds and power that could be generated underwater.

As winter dropped snow over Harvard Yard and Berkoff continued to spend time in libraries and classrooms, both he and Coach Bernal pondered these questions – and experimented. Day after day, month after month, they eventually developed a process of what works and what is best left aside.

Berkoff first started to test out the Berkoff Blast at collegiate dual meets against Ivy League opponents. Spectators on deck would first shake their heads in disbelief and then smile as they witnessed the speed at which a streamlined human could travel underwater. But everyone realized the hypoxic stress that this kind of underwater swimming placed on an athlete. How could swimmers propel themselves so quickly underwater, but still have enough energy stores to finish the race? What kind of training must Berkoff have done?

As the Olympic year of 1988 rolled around, Coach Bernal and his Berkoff had fine-tuned their training and technique. World records came as did an Olympic gold and silver for Berkoff in Seoul.

There was so much respect – and controversy – in the aquatic world that FINA eventually outlawed the Berkoff Blast. Various reasons were given – swimming underwater was too dangerous, the sport was not visually appealing as an underwater endeavor, and underwater kicking was not swimming per se. But the revolution had taken the aquatic world by storm and millions of swimmers began imitating the Man from Harvard.

Coach Bernal meanwhile shared his observations and methodologies to those who asked, including competitors and coaches from around the world. To this day, and like Berkoff’s advantage at the 1988 Seoul Olympics, the Fifth Stroke remains the differentiator between swimmers of equal abilities.