The Best Laid Schemes Of Men 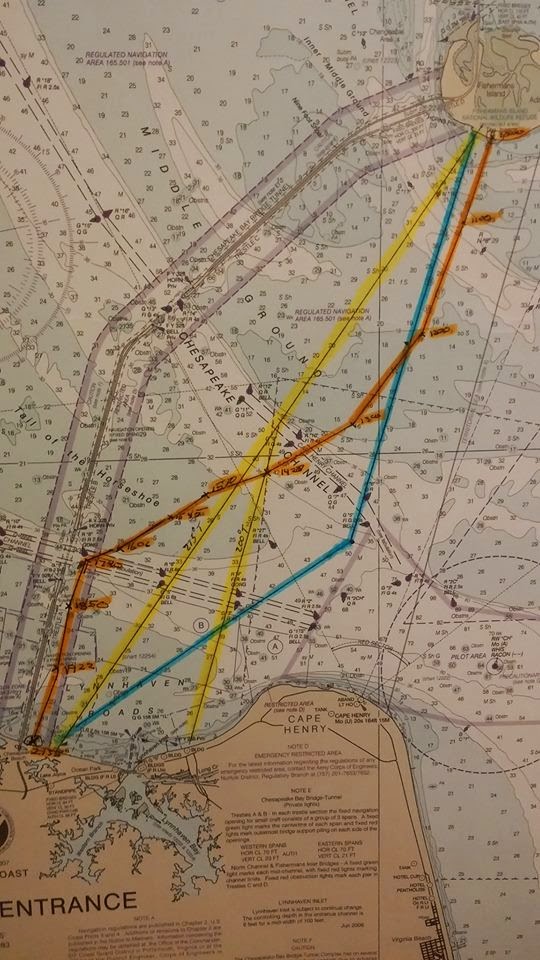 American author John Steinbeck’s 1937 book, Of Mice And Men, includes characters who are often powerless, their lives influenced by fate.

“The best laid schemes o’ mice an’ men“, taken from Robert Burns’ 1786 poem, was the source of Steinbeck’s book title, meaning that the most carefully prepared plans may go wrong.

And so it was with Anders Jakobsson‘s swim in Chesapeake Bay.

But against all odds, the open water swimmer from Västerås, Sweden who is currently living in Virginia successfully swam 26.4 km (16.4 miles) in 11 hours 28 minutes from Fisherman’s Island to Chics Beach in Virginia Beach, Virginia on September 3rd.

He explains his plans, hopes and actual course noted in the marine chart on left. “The yellow route is the [shortest] straight shot. The blue was my expected route based on the tides and a 5 am start. The route in orange was my actual route with waypoints.”