The Calm After The Storm 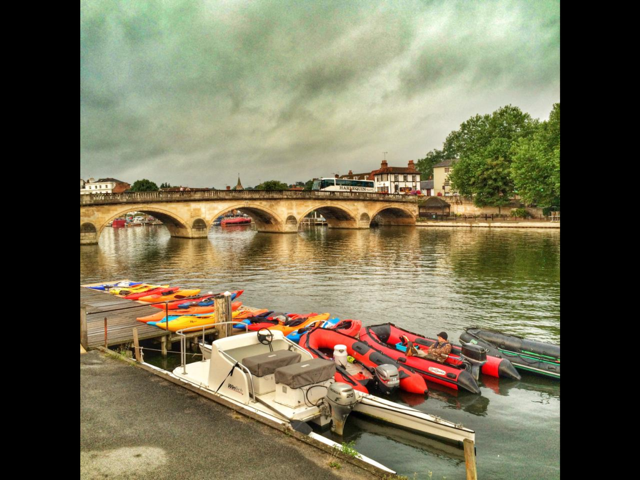 Story of the downstream Bridge to Bridge Swim courtesy of Tom Kean. Photo courtesy of Katia Vastiau at the 14.1 km swim from Henley on Thames to Marlow during the tail-end of Hurricane Bertha.

While most of the UK’s population spent Sunday morning tucked up indoors avoiding the tail end of Hurricane Bertha, 450 people cut from a slightly different cloth braved epic weather conditions to complete the annual 14 km open water swim from Henley on Thames to Marlow.

Then came the storm… 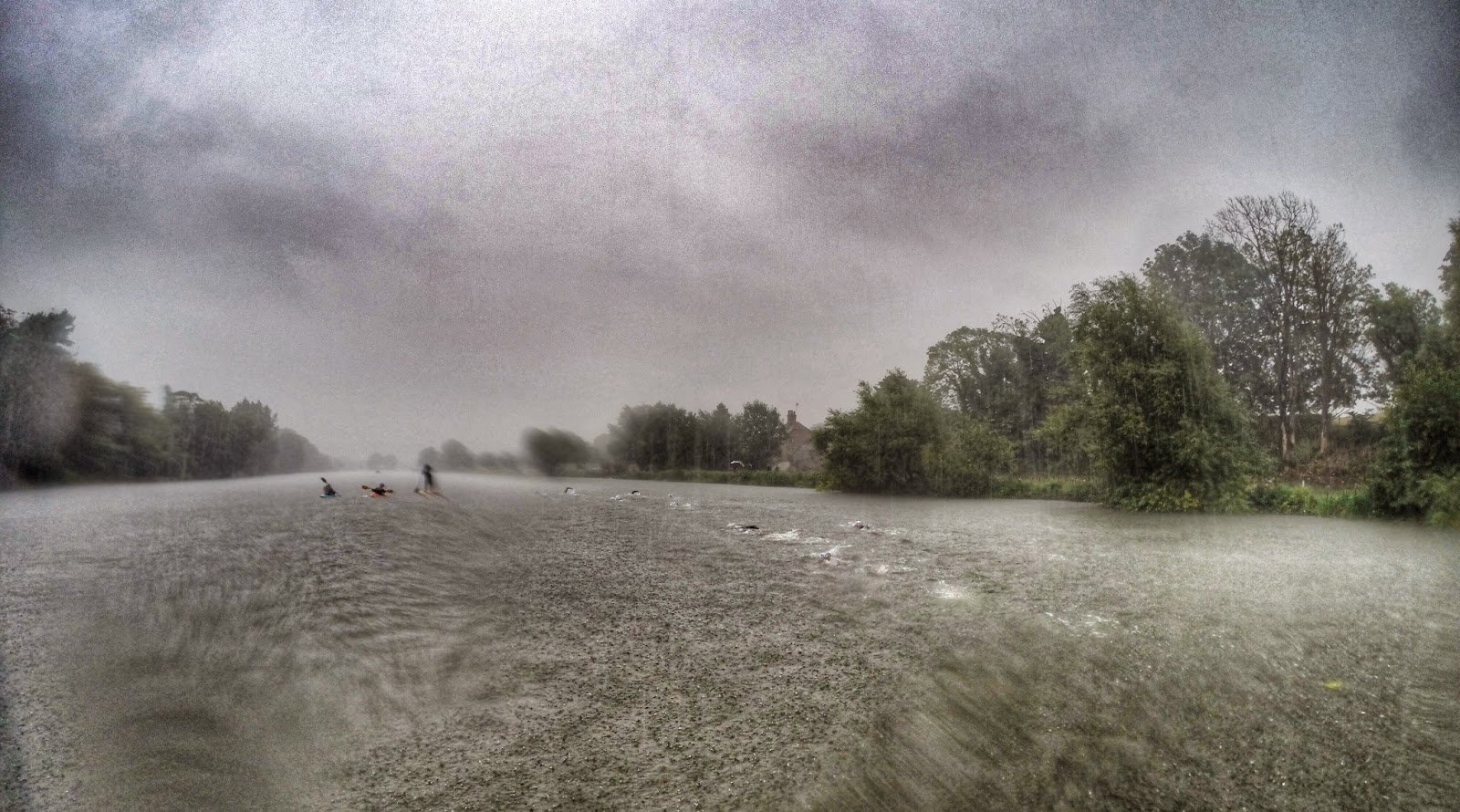 With thunder rumbling ominously before the start and the weather forecast indicating the possibility of a brush with Hurricane Bertha, there was considerable uncertainty as to whether the event would take place. After lengthy discussions between the event organisers – Henley Swim and the Water Safety Team – the ‘Go’ decision was greeted with loud cheers from the record number of swimmers assembled on the river bank by Henley Bridge.

The decision was vindicated with a record field enjoying an event that will linger long in the memory of the 450 swimmers, 60 safety crew and 40 volunteers who made it possible. Only two swimmers failed to finish the event, a similar number to previous years, a testament to the character and resolve of those taking part.

After a mild start that saw the swimmers cover the first 4 km to Hambleden lock in comfort the heavens opened and for three hours the support and safety crews and assembled spectators were as wet as the swimmers. With competitors battling the elements in a supportive pod structure, the camaraderie on the course kept the mood light as the skies darkened, heralding the arrival of Hurricane Bertha. As the last swimmers, some exhausted after 6 hours in the water, arrived at Marlow Bridge they were greeted by a short but ferocious thunderstorm that would have caused the event’s evacuation plan to be executed had it not happened with the last swimmers only 30 strokes from the finish line. The generous applause from the finish line spectators was lost amongst the thunderclaps as Bertha provided a fitting soundtrack to close the event.

Organisers Jeremy Laming and Tom Kean said “In ten years of running this event we’ve obviously had some inclement weather but nothing that compares with today’s storm. The really tough conditions seem to have brought out the best in everyone with lots of swimmers telling us the spirit out on the course made this swim the highlight of their season. Spectators were treated to the slightly surreal spectacle of swimmers singing a medley of suitable tunes including Singing In The Rain. We’d like to thank our large safety team and volunteers for making this challenging swim incident free in such epic conditions. It was memorable for all the right reasons and we’re already looking forward to next years event.”

The event raised more than £8000 for Charity Partner FRANK Water (www.frankwater.com), a small water charity that works with partners to increase access to safe drinking water, sanitation and hygiene for communities in India. FRANK Water devotes its energy to reaching marginalised communities where its work can have maximum impact.

Founder and CEO, Katie Alcott said “We’re thrilled and so impressed with the funds that our Bridge to Bridge team raised. Our FRANK Water volunteers turned out on the day to man a couple of the feed stations in the rain but that was nothing compared to the incredible feat that the swimmers undertook. All the funds the swimmers have raised will help us achieve our aim for this year – to fund access to safe water for a further 80 communities across India, bringing our total to 208 communities and more than 300,000 people reached since 2005.”