The Camaraderie Of Competition 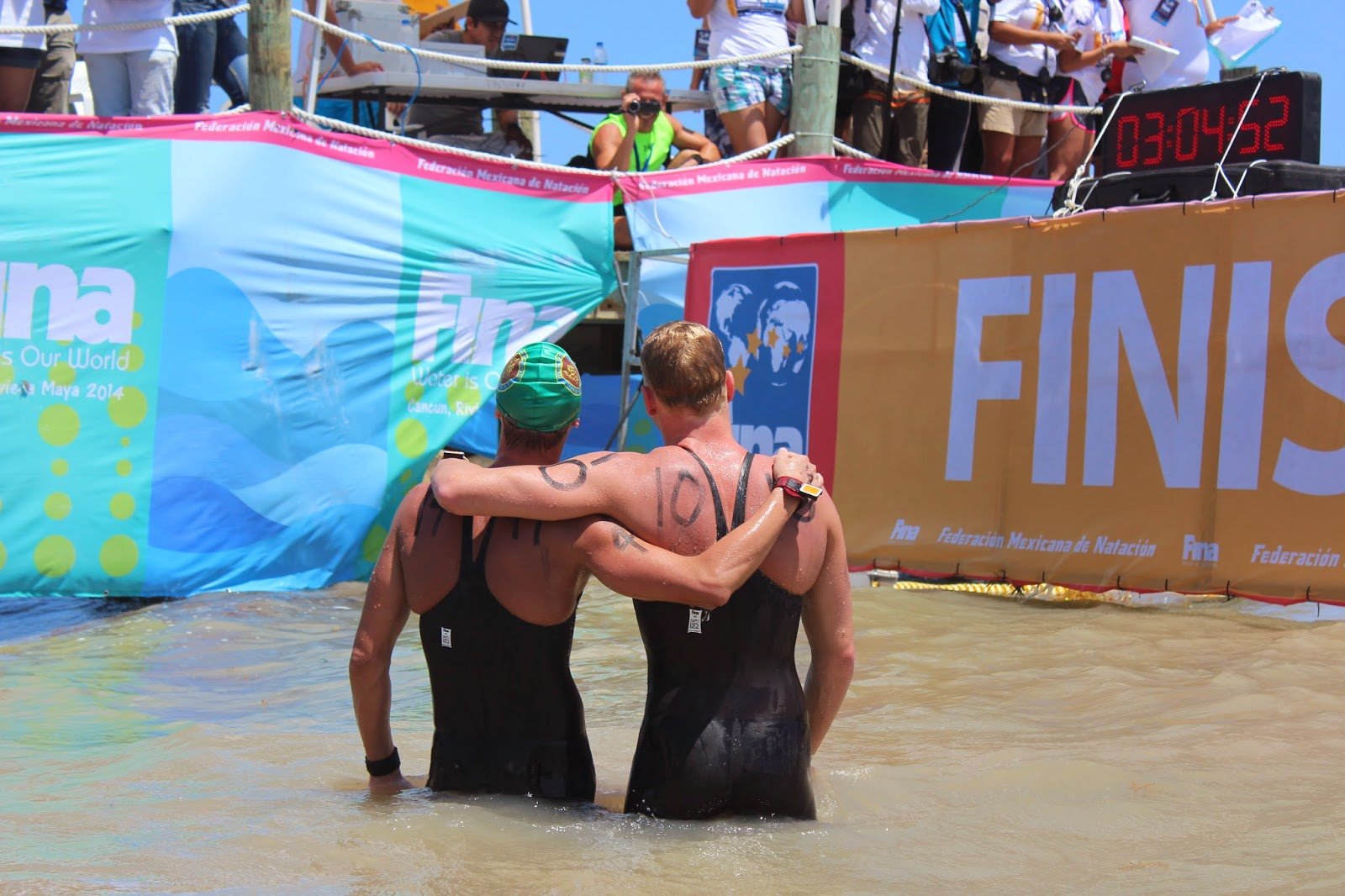 In today’s FINA Open Water Swimming Grand Prix race off the shores of Ocean Maya Royale resort, in Playa del Carmen, Mexico the shorebreak is crashing in on the coaches.

The coaches are standing in shoulder-high water as waves come crashing in. Occasionally, hydration bottles get dropped.

Even in the heat of competition, there is an unspoken camaraderie among the open water athletes. On the third loop, one of the athletes had their water bottle dropped as a wave crashed into her. Literally, by the next stroke, a fellow competitor handed her water bottle to her.

In a split second, both athletes understood and grasped the situation in a competition as waves crashed around them. It was a great example of the courtesy, camaraderie and mutual respect these athletes have for one another.

Race update:
The women are still in a close, tight pack of 11 competitors on the fourth loop. Angela Maurer of Germany is slightly leading. On the fifth loop, Ferry Weertman of the Netherlands is leading with another 15 men tightly bunched around him as there is no let-up in the wind.

Photos shows Simone Ercoli of Italy on left and Ferry Weertman of the Netherlands on the right after a close finish.