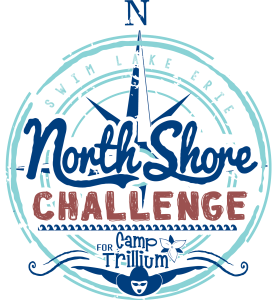 The most generous and passionate Annaleise Carr never seems to stop swimming and giving.

The young Miss Carr continues her fundraising efforts on behalf of Camp Trillium’s Rainbow Lake with the new 3-race North Shore Challenge on Lake Erie. “Camp Trillium has been close to my heart since I visited their camp at Rainbow Lake in the summer of 2011 as part of the North Shore Swimmers.

I completed a 10 km open water swim and 10 km run through Norfolk County, raising $15,000 for Camp Trillium. My visit there has been forever etched in my memory
.”

The next year, the teenager became the youngest person to complete a crossing of Lake Ontario and raised over $200,000 for the Camp. Her Annaleise’s Radical Crossings continued to raise the bar in 2014. This year, she and Reid initiated the RE7 North Shore Challenge for Camp Trillium in order to encourage others to take part in the 750m, 1.5 km and 3.8 km swims that kicks off the COWSS series.