The Champion’s Path Heading Towards The Open Water 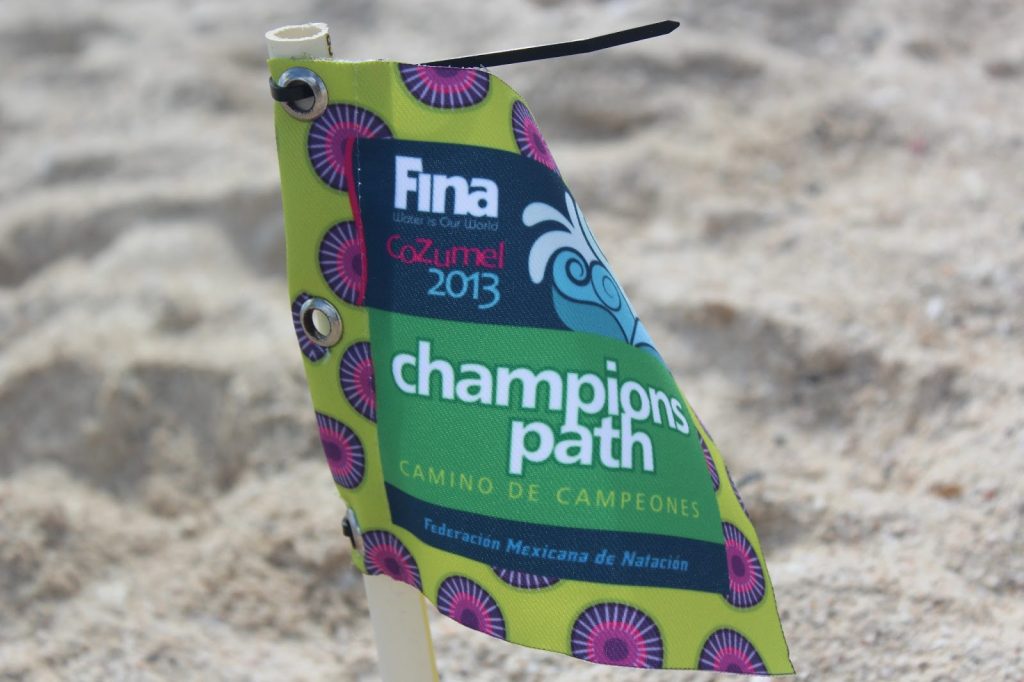 Sometimes you can decipher the quality of the competition by the smallest details prepared by the race director and staff.

At the 15 km FINA Open Water Swimming Grand Prix and FINA 10K Marathon Swimming World Cup races on Isla Cozumel in Mexico over the past few weeks, there were plenty of small details. These details clearly put the athletes front and center, and made them feel special.

The athletes were introduced one by one on the white sand beach at the resort hotel.

The swimmers from all over the world paraded along the shoreline, acknowledging the crowds. Small flags were placed in the sand between the tent where the final safety briefing was held and the dock where the swimmers entered the water. These colorful flags marked the pre-designated walking path of the swimmers, and marked the “Champion’s Path” for 100 meters.

It was one of a number of small touché that demonstrated the care and celebration of the open water swimmers – and a clear indication that everyone who enters the open water is a champion.