The Contrast In Reality And Perception Of Hammerheads 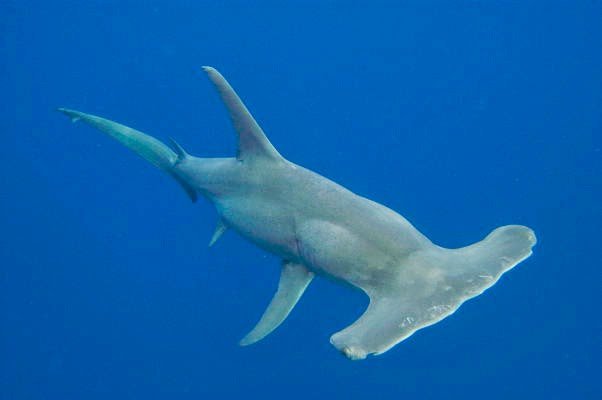 We can think of few creatures who are as fearsome-looking as hammerhead sharks, but who are relatively mild vis-à-vis open water swimmers.

Seen from above or below, shivers of hammerhead sharks can send shivers up and down the spine of open water swimmers when they swim slowly round and round or in and out of coral reefs.

Back in 1994, we had the opportunity to do a circumnavigation swim around Yonaguni Island in Okinawa, Japan.

The beautiful tropical island, close to Taiwan, is a well-known oasis sitting between the East China Sea and Pacific Ocean where hammerhead sharks congregate, feed and breed.

With 70 dive sites around Yonaguni, scuba divers from around the world enjoy watching the majestic hammerhead sharks swim slowly in the blue waters that shift hues between deep sapphire and baby blue.

“Even with the turbulence and whitecaps on the surface and the continuous swirling eddies and cross currents challenging my progress, the underwater ridges mesmorized me,” said Munatones about his 29 km swim in 7 hours 8 minutes. “But deep below the surface, swirling shivers of hammerheads frequently caught my eye. My heart rate and stroke rate both quickly increased, but the sharks ignored me like a piece of floating kelp. I was swimming well above the shiver and continued along my way without harm or interference.”