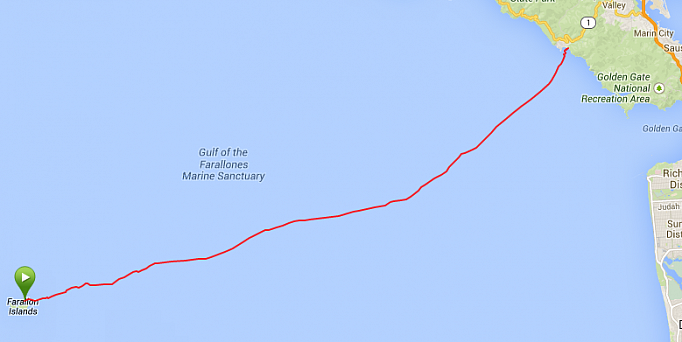 The open water swimming community is rapidly and dramatically heading from paper and pen to laptops and the cloud.

The digital comprehensive Observer Report by Evan Morrison that describes Craig Lenning‘s swim from the Farallon Islands to Muir Beach on the California mainland this week is evidence of this tectonic shift in the sport.

Throughout the 20th century, the vast majority of open water swims from the English Channel to the Molokai Channel, from the Great North Swim to the Cole Classic were described and recorded through the eyes of race directors and volunteers using the ol’ fashioned pen and paper. Occasionally, a swim was filmed and archived from the Daily Mail and the Billy Butlin Cross Channel International Swims in the English Channel to the aQuellé Midmar Mile with quadcopters, but more or less, pen and paper were used to document channel swims, marathon swims, ice swims and open water swims around the world.

But the ability to record swimmers via handheld devices, upload swim courses in real time, and track water temperature and other information has dramatically changed the landscape in the open water swimming community. With the relatively low cost and ease-of-use of technology, the digital documentation and archiving of solo swims, relays, and competitions of all types is only becoming much more comprehensive, but can also be shared and viewed globally easily and inexpensively (if not freely).

The Morrison Report presents a vast amount of information. While the text report is descriptive and standard, it is the incorporation of videos and real-time data of the swim that presents a treasure trove of information for not only the contemporary swimming community, but also for future generations of swimmers, historians, and media. 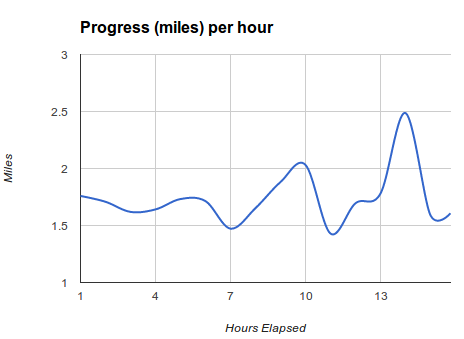 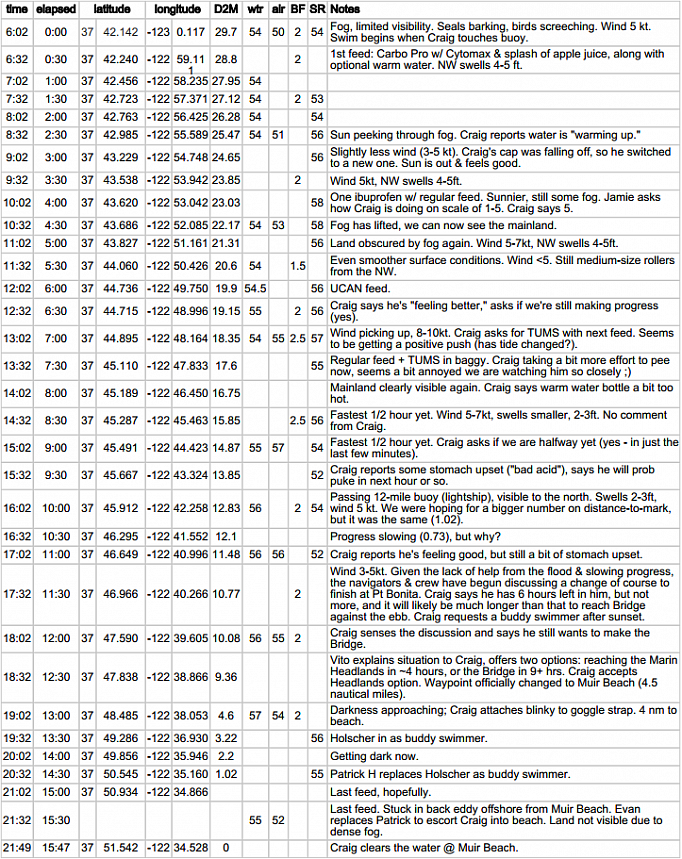 Lenning’s data presented above is the copyrighted material of the Marathon Swimming Federation.


While the Marathon Swimming Federation motto is “For those who aspire to swim the world’s great bodies of water with just a swimsuit, cap, and goggles,” Morrison has created something larger and more comprehensive, something virtual and concrete at the same time, and potentially long-lasting for his peers and swimming fans around the world. In addition to a swimsuit, cap and goggles, a laptop, real-time information, an Internet connection, handheld mobile devices, and a whole lot of ingenuity and effort, he has pieced together a new standard for Observer’s Reports.