The Feeling Was Incredible

The award-winninge filmmaker from Guernsey in the Channel Islands was drawn into the sport in a most unusual way.

His start was filmmaking. He followed his passion after graduating from Portsmouth University in 2009 at the age of 27, gaining a 1st class BA (Hons) degree in TV & Film, and then winning a Royal Television Society documentary award in 2009 for his short film Mark.

“Action sports are still something I love to film, but my work has now diversified to cover a wide range of different content, including commercial, corporate, documentary, promotional and sports films. With every film I produce, I strive to convey engaging narrative, whilst keeping production values as high as possible.”

“When James starting filming open water swimmers a few years ago, he was an outsider to the sport,” recalled Adrian Sarchet, a channel swimmer from Guernsey. “Whilst filming, he got sucked into the sport and attempted his own English Channel swim in September.”

That was his hook and his initial goal was a big one: the English Channel.

18 months later, he was ready for a crossing that raised money for a local charity Hope for Guernsey, which supports medical research that benefits his fellow islanders. But nothing was easy.

With a gratitude of thanks to his observer Kate Robarts and support crew Mandy Mackelworth, Gaëtan Staples, and Jack Castleman, Harrison recalled his training regimen. “I knew that I really needed to put myself in a dark place during training, to give me added confidence when it came to the big day, so I decided to swim for 8 hours in our indoor 25m pool. It was very unpleasant, and I was physically sick many times. It was a tough mental challenge, but I got through it. Failure here was not an option. 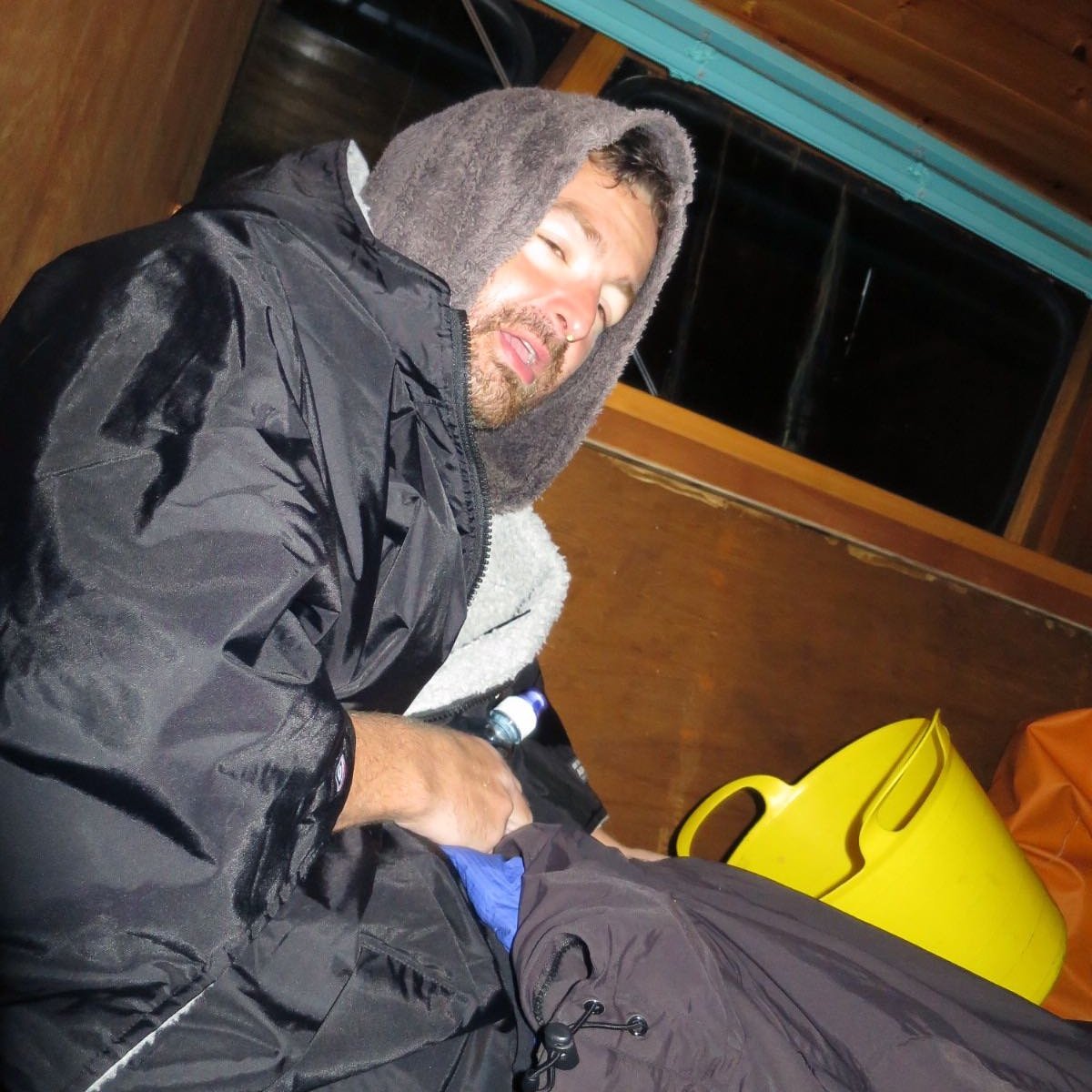 Photo taken by crew member Gaëtan Staples a few minutes after of Harrison’s crossing was completed.

While finishing his crossing on September 26th after 16 hours 15 minutes under the escort of Neil Streeter, he remembers, “It really was a swim of two halves. The first half being up to the 14-hour point, and the second half being the last 2 hours 15 minutes.

After two hours of physical and mental torture towards the end, I was not in a good place. My crew stuck with me and did what every good crew member does in those situations, and that was to instill to me a belief that I would make it…even though they were doubtful. The moment I knew I had made it, was when I realised Mandy was next to me…I hadn’t seen her get in the water, she was just there.

They dimly lit up the cliffs with the boat spotlight, but my sense of direction, spacial awareness and eyesight was not good. I was quite delirious at that stage. Just before we reached the beach I felt Mandy put her hand out to me, but upon grabbing her hand I soon realised it wasn’t her hand at all, it was a jellyfish.

When I put my hand in for that last stroke and touched the soft sand, it was just incredible. I had lived that moment in my head on so many occasions in the months leading up to the swim, but it was nothing like I imagined. It isn’t possible to imagine that feeling, it can only be experienced. I’ve never before been mentally higher and physically lower than I was at that moment. A feeling that will stay with me forever