The Future Of Vertical Swimming 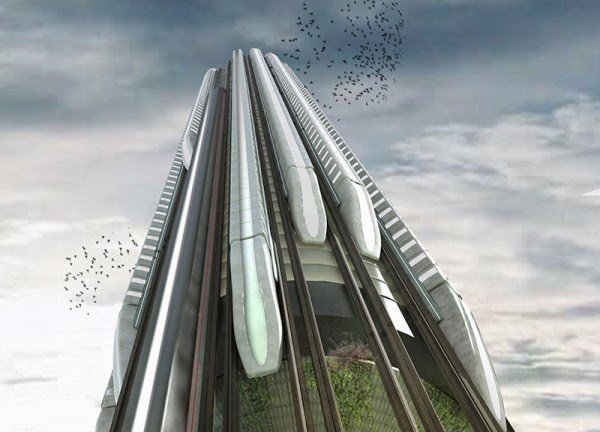 One of the coolest things in open water swimming is finishing a swim by catching a towering ocean swell, skimming down its face, and bodysurfing to shore.

There is a thrill in sprinting to be picked up by the energy of the wave, being thrush forward by its motion, falling forward as the wave breaks, and being pushed as you are engulfed in the whitewater of the wave.

This is the epitome of when an open water swimmer is fully integrated with the power of Mother Nature. Both the swimmer and the wave’s natural movements are one; an example of how a swimmer can benefit from experience and talents to harness the ocean’s motions.

In heavy surf, the sensation of falling down the wave – with one hand outstretched as you accelerate and direct your body away from the breaking whitewater – is a unique feeling in the open water. The speed, the acceleration, the risk of failure, and the inherent power of the ocean all come together for an experience unlike any other in the open water swimming world.

So when we learned of eVolo Magazine‘s Skyscraper Competition, our mind started to race. The global architectural design competition recognize outstanding ideas for vertical living through the novel use of technology, materials, programs, aesthetics, and spatial organizations. In 2014, eVolo Magazine received 525 projects from 43 countries and selected 3 winners and 20 honorable mentions.

Perhaps such pools of the future would involve some sort of tubes where the water engulfs the swimmer but breathing is still enabled. Both the water and the swimmer would move either vertically upwards or vertically downwards in a controlled, safe manner. These tubular vertically-oriented waterways could be designed on the side of skyscrapers in urban centers so swimmers could do their workouts before or after work or on their lunch break.

If such a waterway were designed on the side of the Empire State Building, one ‘length’ would be 373 meters. You could negative-split your swims based on what floor you just swam by…the possibilities are fun to think about.

Image above shows the vertically oriented urban project as designed by Mark Talbot and Daniel Markiewicz.