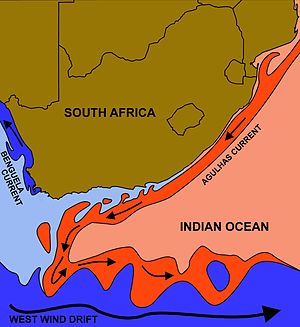 Between December 1st – 3rd (or December 8th – 10th as a weather back-up), Madswimmer aims to complete the fastest ever 100 km swim in 8 – 10 hours using the fast Agulhas Current to give swimmers the requisite push,” explains Nicolene Steynberg.

“The swim will start near the Port Shepstone coast, 10 km in from the shoreline, and ends at Mbotyi on the Eastern Cape of South Africa, a very remote part of the coast. The current moves here at about 9 km per hour.

Add the 12 swimmers’ expected 3.3 km per hour average swim speed and the total expected speed is 12.3 km per hour, which means a 100 km swim can be accomplished in just over 8 hours, breaks and feeding time excluded.”


Madswimmer swims – however extreme, cold, rough and long – are always charity events. Steynberg says, “We aim to create awareness of shark and ray species not so often seen like the blue sharks, mako, dusky and bronze whaler sharks that are targeted in longline fishing gear set across the Agulhas current, and many more smaller shark and ray species that are caught as a bycatch in trawl fisheries – Shark Spotters is helping us. While raising awareness of environmental issues, the swim will again raise funds for the 10 registered children’s charities supported by Madswimmer.”

Illustration above is courtesy of Science Magazine. The course of the warm Agulhas Current (red in the diagram above) is along the east coast of South Africa that is formed by the confluence of the warm Mozambique Current and East Madagascar Current, which meet southwest of Madagascar. The Agulhas Current is one of the world’s fastest moving ocean flows and likely responsible for enormous rogue waves that sink supertankers without a trace.