The Hardening And Passion Of Alexander Brylin 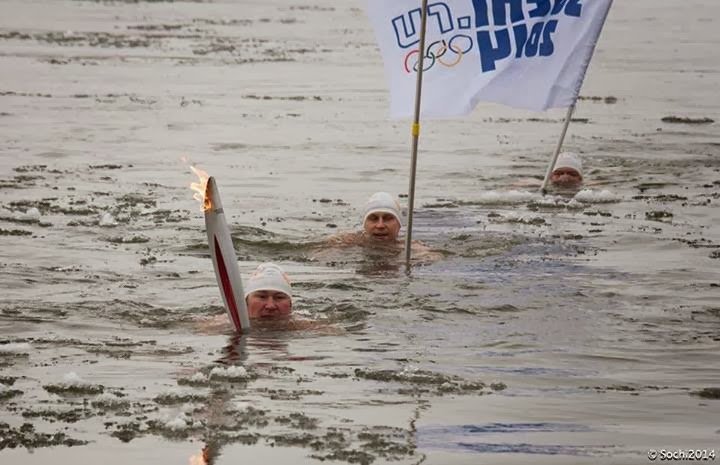 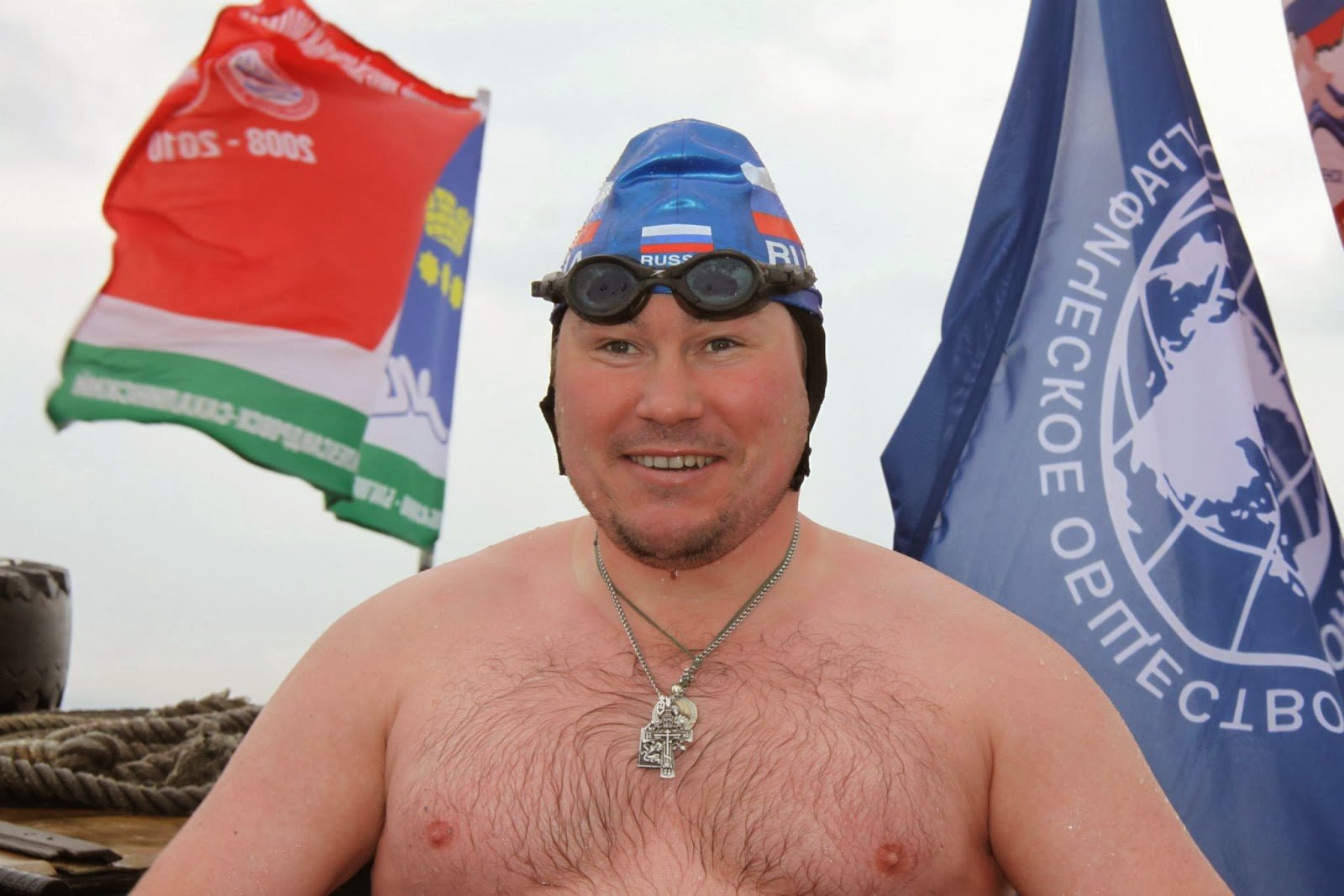 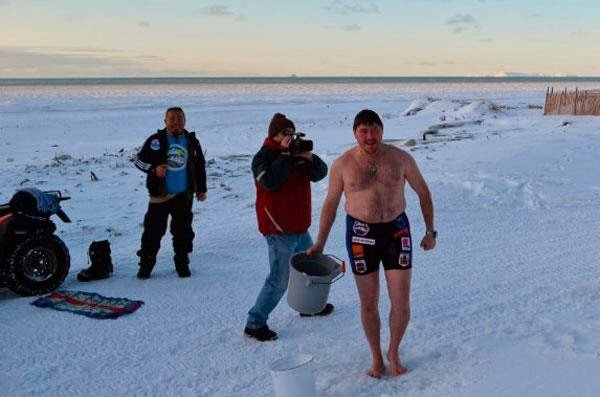 With the 2014 Sochi Winter Olympic Games only 80 days away, snow, skiing and skating are starting to formulate in the minds of sports fans around the world.

Cold and competition will come to a head in Sochi next February.

As as the Olympic torch relay is carried on its way to Sochi, famed ice swimmer Alexander Brylin of Russia is lending his considerable capabilities. Brylin helped carry the Olympic torch across the Amur River.

It has been quite a busy – and successful – year for the famed Russian ice swimmer. Not only was he intimately involved in the years of planning, negotiation and logistics of the Bering Strait Swim, but he also continued to push frontiers in the ice swimming world.

His nomination reads as follows:

“Alexander Brylin is always pushing his body to the nether regions. In addition to helping organize for years and finally participate in the 6-day Bering Strait Swim between Russia and Alaska, Brylin swam an incredible 2,200 meters straight in 0.3°C water with the air at – 30°C at the Russian Winter Swimming Championships in Tyumen. Seemingly impervious to the cold, the strong-willed, physically hardened ice swimmer is supreme at water temperatures just above freezing. For his love of this extreme open water swimming niche, for his understanding of how to swim safely and avoid submission to hypothermia, for his ability to bring ice swimmers together from around the world, Alexander Brylin is a worthy nominee for the 2013 World Open Water Swimming Man of the Year.