The Heavy Demands On Land Along The Seven Seas 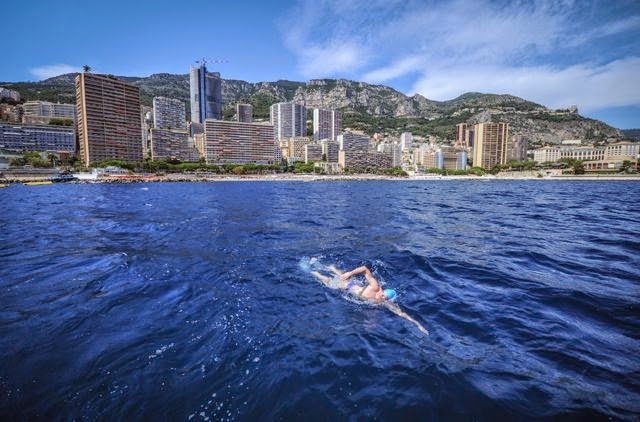 Lewis Pugh who is en route to completing 200 km of swimming in his Seven Swims In The Seven Seas For 1 Reason event during August is one very busy man.

Besides his solo swims of 10 km in the Mediterranean Sea (Monte Carlo, Monaco), 10 km in the Adriatic Sea (Zadar, Croatia), 10 km in the Aegean Sea (Athens, Greece), 40 km in the Black Sea (Istanbul, Turkey), 15 km in the Red Sea (Aqaba, Jordan), 10 km in the Arabian Sea (Rass Al Hadd, Oman), and a 100 km stage swim in the North Sea (London, United Kingdom), he has a lot of logistics and other responsibilities heaped upon his shoulders after he gets dry.

“We have on average 4 hours sleep per night,” explains the former British special operator with the SAS who lived for years on no more than 4 hours of sleep per night. “With all the speeches between the swims, editing, travelling, social media, TV interviews, it has been intense. There are just not enough hours in the day. The swims must not overshadow the message and vice versa. It’s not an easy balance.”

The message and campaign are focused on the creation of more Marine Protected Areas in the Seven Seas.

Photo is courtesy of Kelvin Trautman.