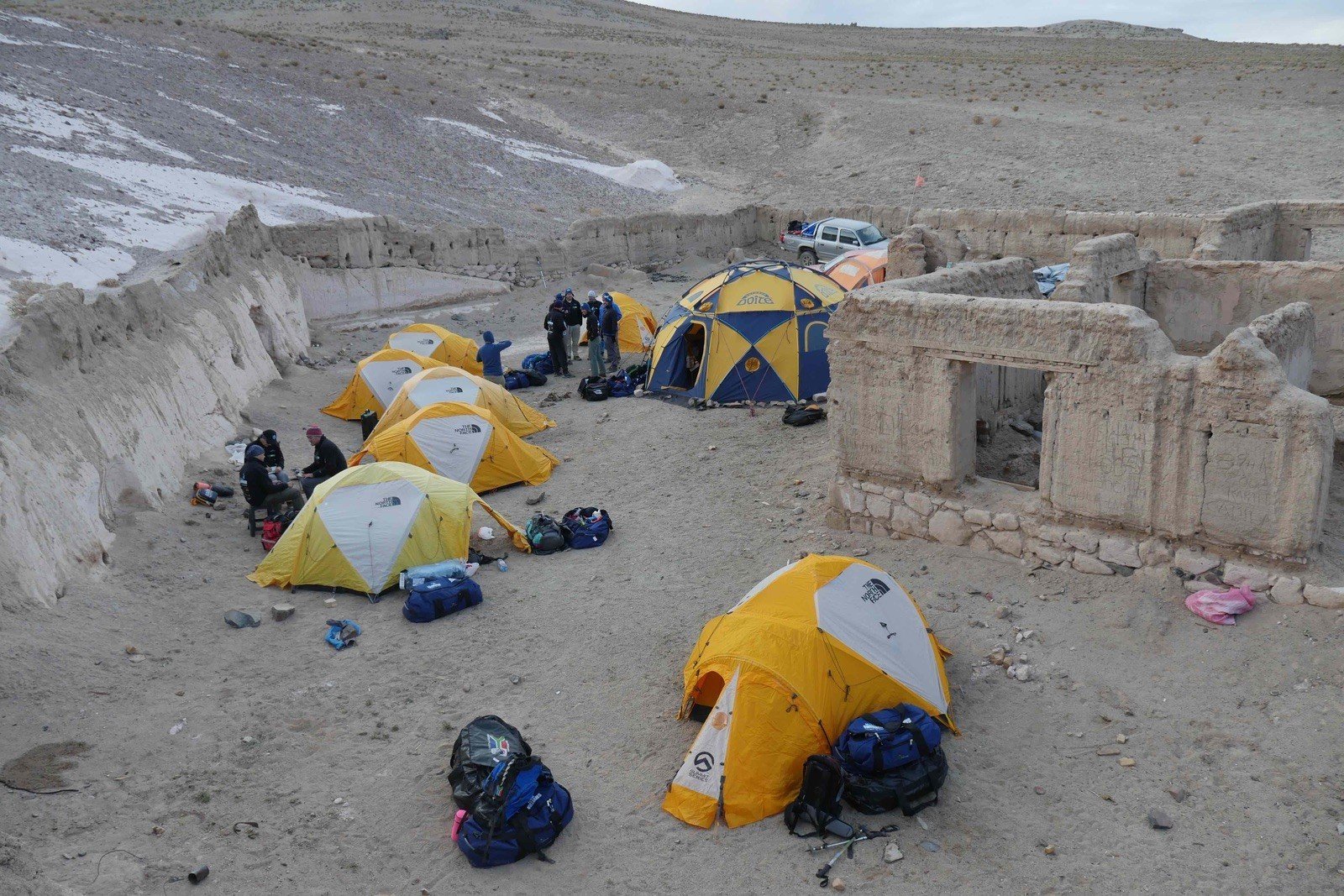 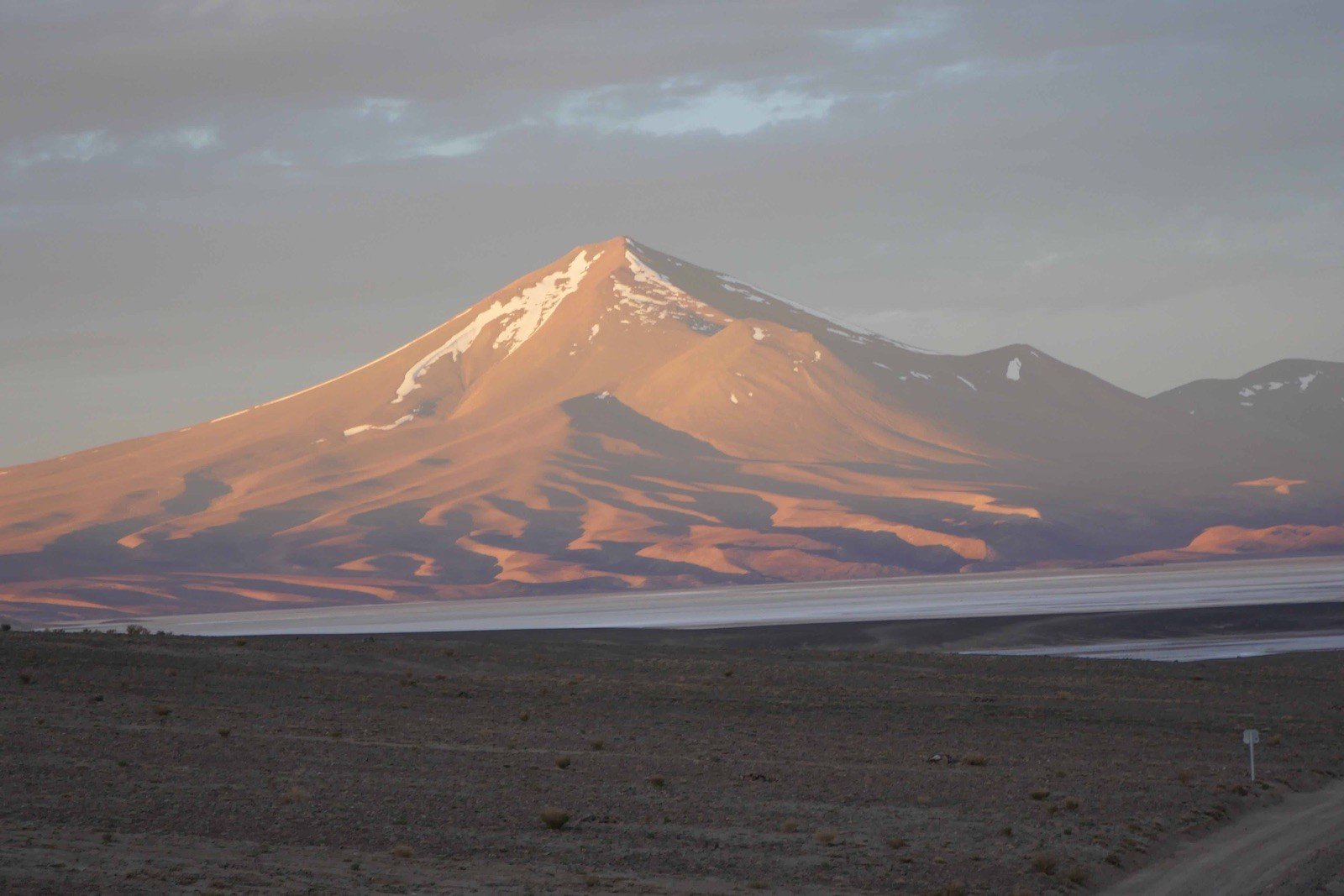 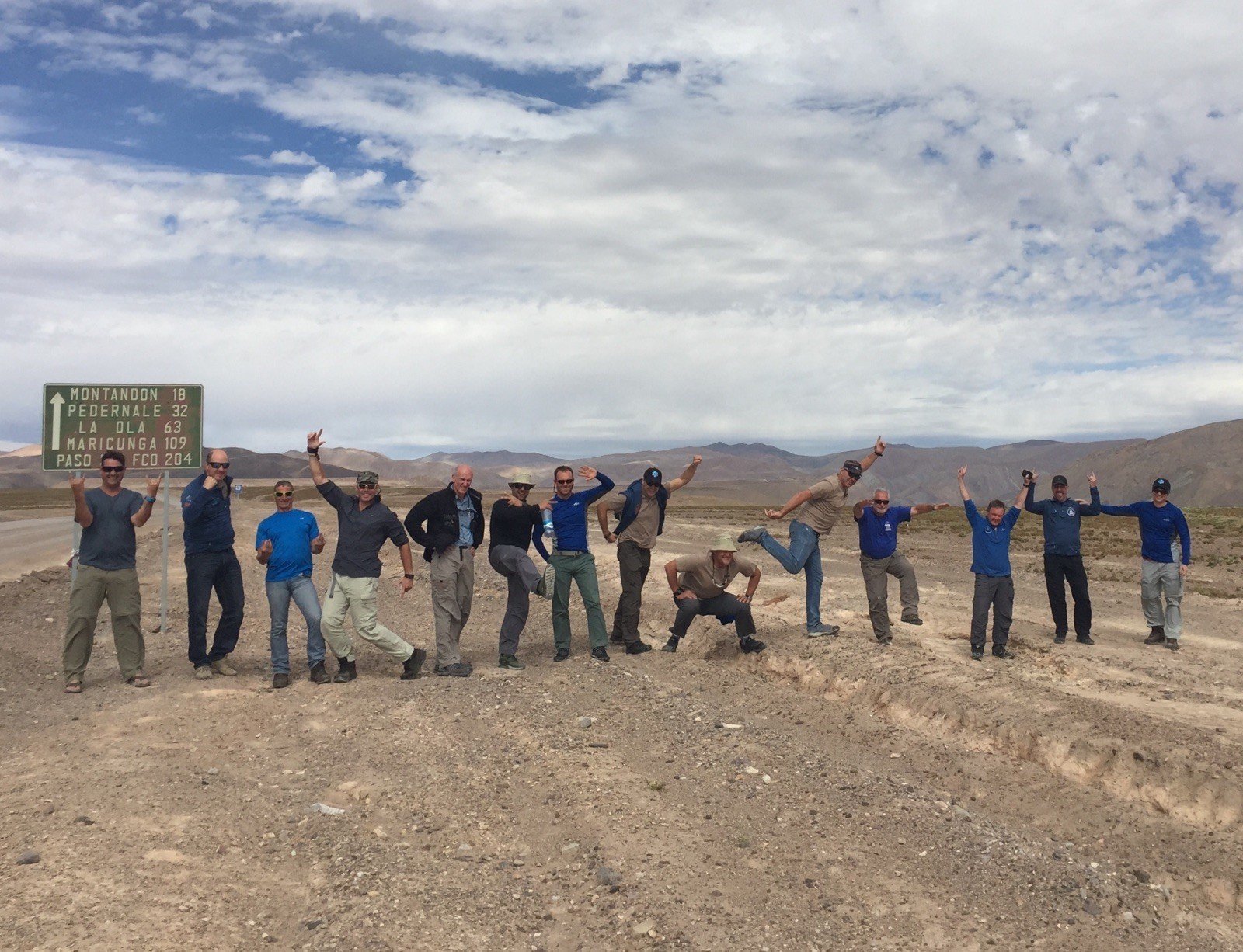 Courtesy of Nicolene Steynberg about the Madswimmers hiking up Mt Ojos del Salado in Argentina.

The Madswimmers Mt Ojos team has eventually reached Mt Ojos del Salado in Argentina after 3 days of traveling to their camp at 3,260 meters last night as they prepare for The Big Swim.

“They are now climbing out the volcano to 4,500m for acclimitisation, then back to the camp. Spirits remain high and the team is keen to get some exercise after 3 days of travel,” explains Nicolene Steynberg.

Their cause is posted here.”

The Mt Ojos expedition has left South Africa on November 23rd en route to São Paulo, Santiago, Copiapo, through the Atacama Desert, and to the Andes to their camp before the start of their 8-day climb to 6,400m to reach the lake of The Big Swim.

“Data shows the lake on Mt Ojos is still solidly frozen, a matter that might even defeat the chain saws they are carrying with to cut open the ice,” explains Steynberg. “This is becoming a real risk. Them team is currently considering a Plan B, but they will only be able to figure it out when they get there.”

For more information, visit The Highest Swim or www.madswimmer.com. 100% of all donations benefit charity – every rand.