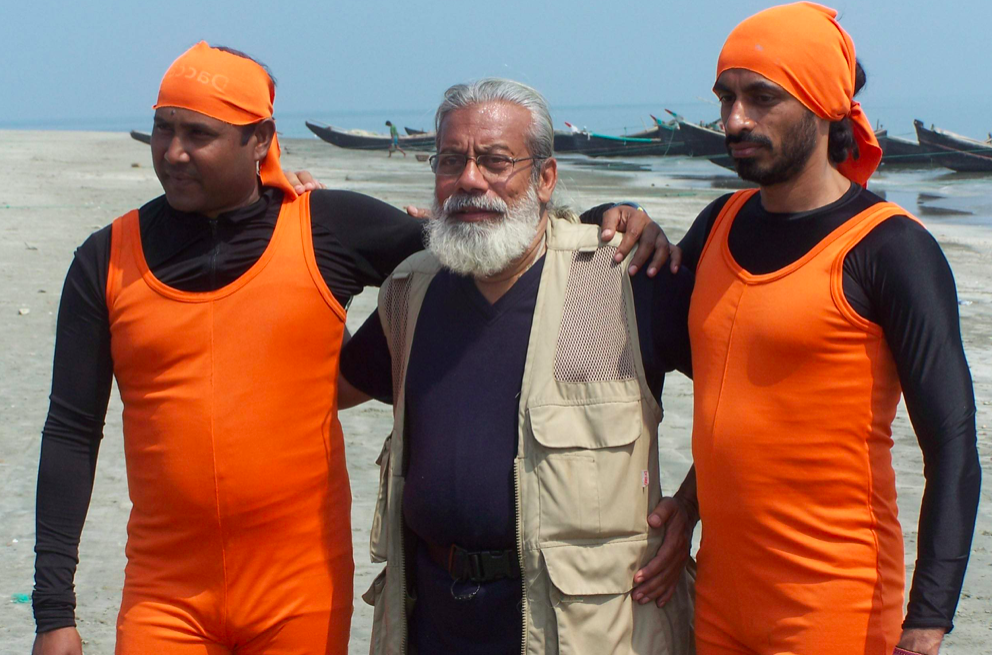 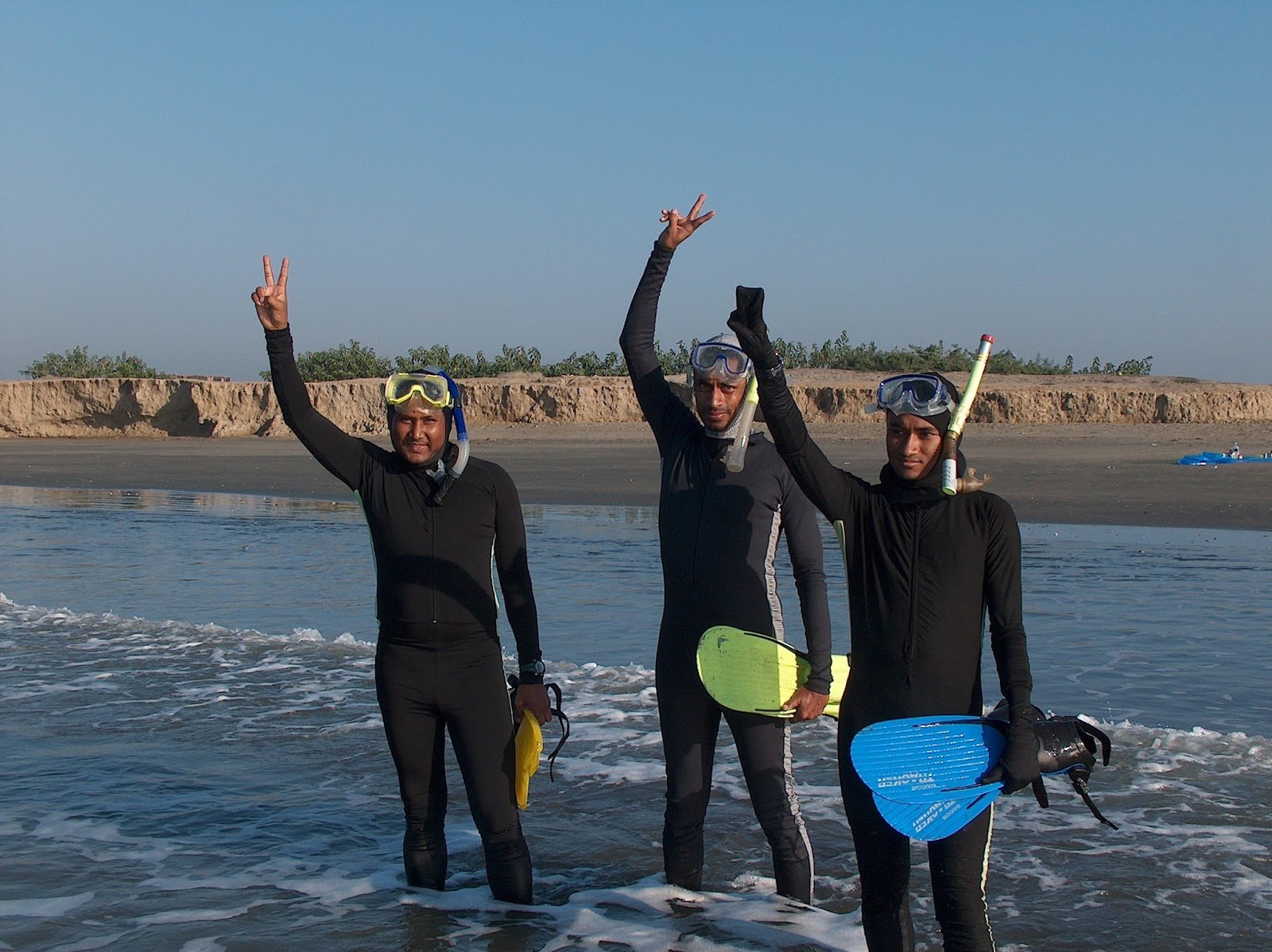 Courtesy of Shwaroz Adventure, Bangla Channel, Bay of Bengal, Indian Ocean, Bangladesh. In January 14th 2006, Bangladeshi swimmers Fazlul Kabir Sina, Lipton Sarker, and Salman Saeed (shown on left) swam against the odds and pioneered the inaugural 16.1 km crossing of the Bangla Channel in the Bay of Bengal. Hamidul Haque, an underwater photographer and scuba diver from Bangladesh, later established the International Bangla Channel Marathon Swim [shown above]. Kabir of Extreme Bangla continues to carry on the legacy of Haque. Kabir and Shwaroz Adventure co-organizes the International Bangla Channel Marathon Swim, a course across the Bangla Channel from Teknaf to St. Martin’s Island in Bangladesh’s Bay of Bengal. Back in 2006, Haque estimated that the first attempt by Kabir, Sarker and Saeed to successfully complete the 16.1 km channel was 50-50. Haque originally proposed his concept to Kabir and his colleagues Rafiqul Islam, Sarker, Saeed and Kamal Anwar Babu. The young members of Daccabasecamp decided to take on Haque’s challenge. Under the leadership of Haque, Daccabasecamp took an exploratory boat trip along the course in a 33-foot boat from Dhaka to St. Martin’s Island on December 23rd 2004. A little over a year later, swimmers Kabir, Saeed and Sarker were escorted by Islam, Anwar Babu, Akm Shahidullah, Towhid and Rashid on the inaugural attempt. The trio of swimmers began at 8 am from Shahpuri Island. They hit high tide for an hour and reached St. Martin’s Island after 5 hours 10 minutes as they fought against a strong current nearly the entire course. Between the inaugural crossing in 2006 until 2011, the distance of the Bangla Channel swim was only 14.4 km when the participating swimmers used fins and snorkels. But in 2012, the distance was increased to 16.1 km, making the swim a bit more difficult and stretching from the Teknaf fisheries jetty to the St. Martin’s Island jetty. The 2012 event saw Milko van Gool become the first non-Bangladeshi and first person without fins to complete the swim. Up to 25 local and foreign swimmers have competed in Bangla Channel crossings. Kabir explains, “We always have been trying to train the youth of our society to develop an interest into open water sea swimming. Youth from Dhaka of different age groups and different walks of life demonstrate their love for and interest in open water swimming training. They undergo vigorous training in a 120 meter tank and pond situated at Dhaka University S.S Jahurul Huq Hall where the training is held five days a week for a year. The students have to prove that they can do non-stop freestyle for a minimum of four hours. They also learn how to hydrate during swimming. 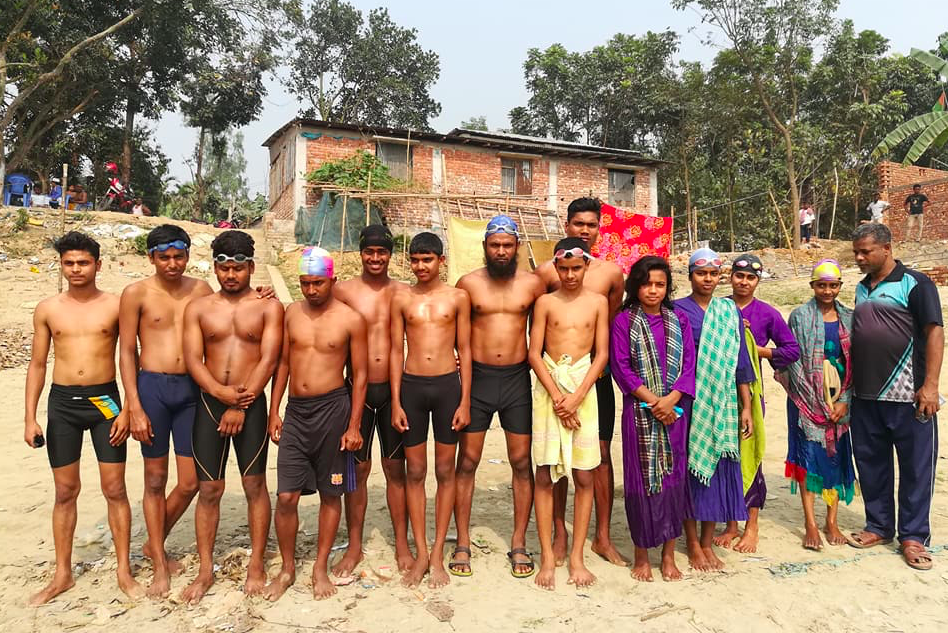 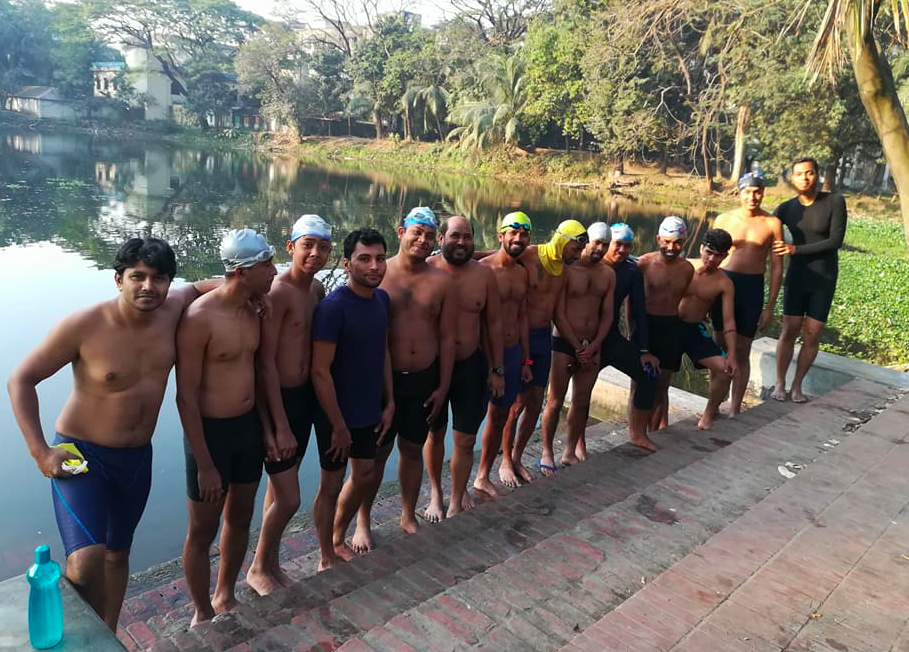