The Importance Of Symbolism In The Open Water 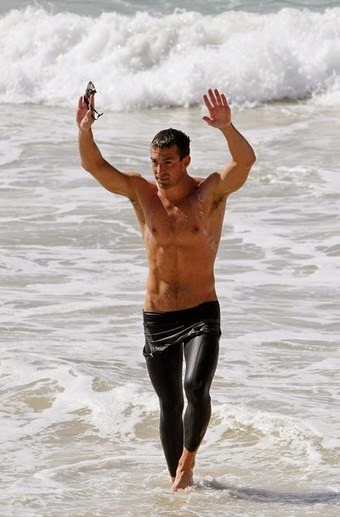 Honor and respect are necessary in our ever-interconnected world.

Open water swimmers honor those individuals who have gone before them and respect the bodies of water they swim in.

But safety and symbolism are even more important in the open water swimming world.

Safety goes without question in open bodies of water where risks are inherent and ever-present. Symbolism is rightful and omnipresent because our sport is so mental. While we stroke from shore to shore, our experience with and in the open water is primarily a psychological experience. Our brain tells us so much. Our head leads our bodies to either swim faster or swim slower, to swim further or stop.

Those in the sport who remember the untimely passing of Fran Crippen feel something is frantically amiss when FINA tasked the return of its FINA 10K Marathon Swimming World Cup to Ayman Saad. Saad is the Egyptian race director who oversaw the FINA World Cup race where Crippen tragically died in October 2010.

Since 1905, FINA has conducted and sanctioned thousands of aquatic events around the world. Only Saad’s race – in the entire history of FINA – resulted in an athlete’s death. The situation of his tragic passing led to a universal condemnation of the poor safety standards that were in place to protect the athletes by those who were present at the race.

Alex Meyer remembers vividly the events of the day that his teammate died. In a letter that Bonnie Ford quoted in a recent article in ESPN, Meyer wrote, “Mr. Ayman Saad and his organizing committee executed the World Cup race in 2010 with such gross incompetence and negligence (and handled the aftermath just as poorly) that I don’t believe they should ever be given a second chance.”*

The symbolism of reviving a race in the United Arab Emirates by Saad is too painful to bear for everyone who remembers Crippen and those in the open water swimming community who focus on safety.

In the October 2010 race, Saad reacted slowly to fears that something tragic had happened to Crippen during the race. Panic reigned at the end of the race; some of the athletes dove in the water to look for their friend and colleague.

Imagine the symbolism and desperation: athletes swimming along the course to look for a body of a fellow competitor that would ultimately be found 2 hours later. For many, that sad, sad day remains seared into their souls.

But dial forward a few years. FINA honored and elevated Saad to its ultimate decision-making body in the open water swimming world: the FINA Technical Open Water Swimming Committee. Now FINA and its 18-member open water committee is charging Saad to lead the return to its World Cup circuit to the UAE.

In October…the very month that Crippen disappeared under the surface of the water.

In the United Arab Emirates…the very land where Crippen was taken from his family, friend and global swimming community.

By Saad…who had only superficial safety protocols in the last FINA race he directed.

The symbolism of FINA’s decision is too much to bear for those who remember Fran and everything he stood for. As Meyer writes, “…[the decision] flies in the face of human decency especially if the race were to be designated as the [FINA World Cup] series finale in October near the anniversary of Crippen’s death.”

* Bonnie Ford of ESPN penned a comprehensive perspective on the newly proposed FINA 10K Marathon Swimming World Cup in her ESPN column, UAE bid ‘completely inappropriate’. Ford’s commentary and investigative reporting are essential reading for all those who remember Fran Crippen and his legacy.

Reportedly, Saad is offering a US$75,000 prize purse at the FINA World Cup which would be far in excess what is normally offered at FINA World Cup races to its marathon swimmers.

For background information on the issue of warm water temperatures at FINA-sanctioned events, read the following articles: