The Intolerable And Impossible In Tunisian Dams 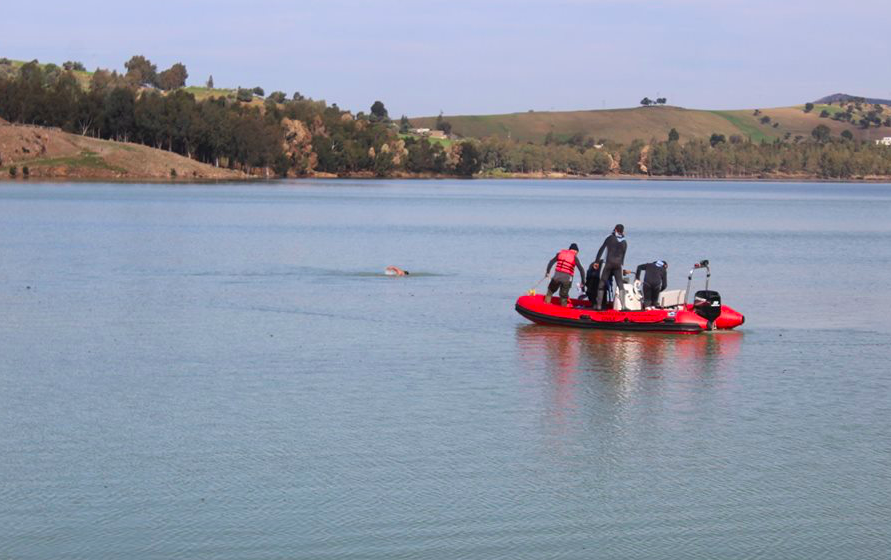 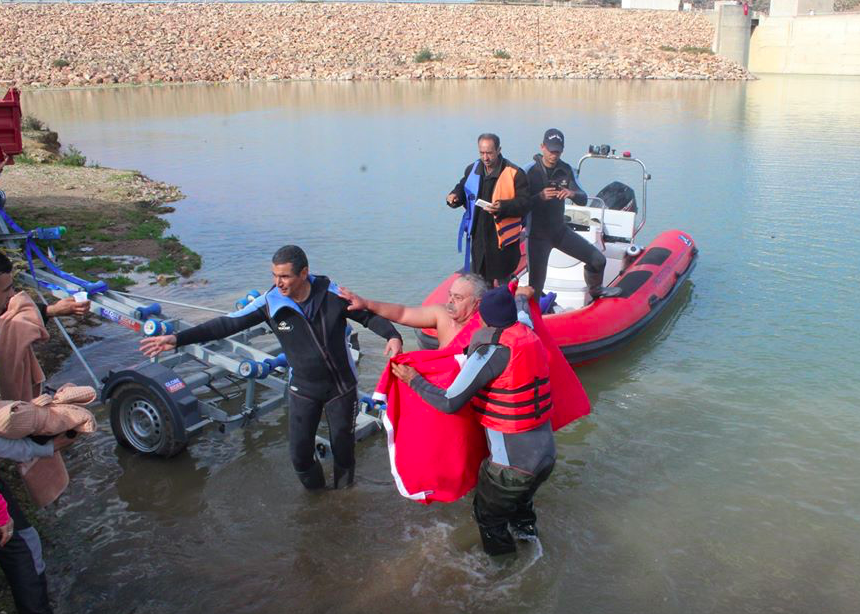 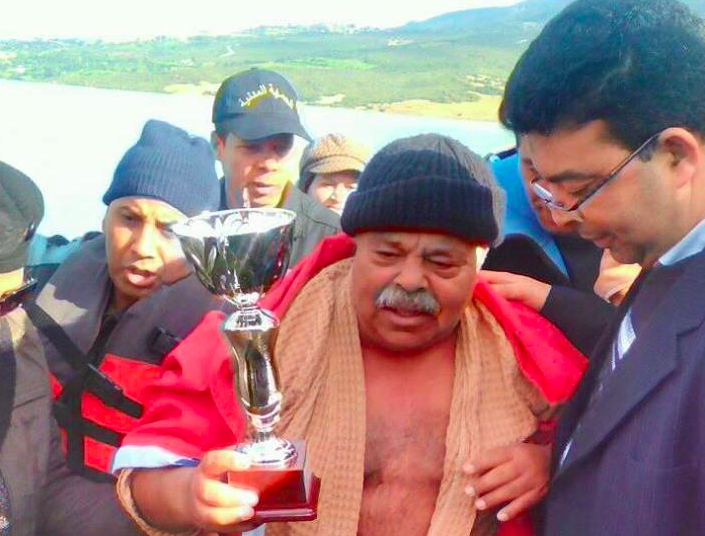 With hundreds of government officials looking on, Nejib Belhedi continued with his exploration and planning of the Winter Tour of Icy Swimming in Tunisia.

After walking upon the shoreline with full mental clarity and his trademark Arabic eloquence, he said, “The impossible is our challenge, on this we will build to utilize all the energies of the region.”

Belhedi described the feeling of swimming for 80 minutes in 1ºC. “I feel that I’m swimming in a lethal zone like an astronaut exposed in space – it is no way to be. It is another world that is not for humans because of the intolerable cold.

But the only thing that enabled me to survive was my mental outlook. It was my mind that enabled me to manage the terrible suffering from the cold. My body responded to sending me positive signals that I could resist the cold; that I can survive. I experienced a feeling that my only warm happiness in this extremely hostile environment was leading me towards the light of life and produced an energy within me that allowed me to advance. My hands and my fingers became so frozen – but I forget about my hands and fingers – my limbs joined my heart in a tenacious battle for life. I was armed by a deeply felt determination to complete what I planned in my head. All possibility was in my spirit
.”