The Legacy Of Russell Chaffee 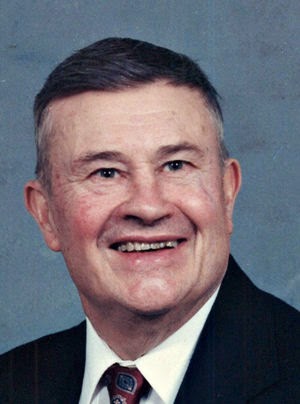 The Morning Times of Sayre, Pennsylvania reported the passing of open water swimming pioneer Russell Chaffee. The 87-year-old had quite a career and mindset that foreshadowed the contemporary growth of marathon swimming in the United States.

A lifelong math teacher, Russell swam all over the eastern U.S. His local newspaper reported that his marathon swimming career included swimming the length of the Susquehanna River (1966), swimming to Montreal for Expo 67, swimming across Cape Cod Bay (1968), swimming all of the Finger Lakes, swam the Connecticut River, the Delaware River, the Allegheny River, the Monongahela River, the Juniata River and 600 miles of the Ohio River from Pittsburgh to Louisville.

Swimmers who did the first 20-mile Cape Cod Bay Swim in 2012 fondly recall the renowned pioneer.

“I knew he had done amazing river swims, but I was unaware that he had swim all of the finger lakes. It makes sense though. His home in Pennsylvania is just south of all of the lakes,” recalls Greg O’Connor.

My favorite Chaffee story is that living in north-central Pennsylvania, he did not have a good place to train for his open water swims so he diverted the Susquehanna River into a large area that he dammed off and created a huge open water pool to train in. His wife said that he eventually had to drain it once the authorities found out.”

David Barra who also completed the Cape Cod Bay Swim describes Chaffee. “Mo Siegal and I swam Skaneateles Lake, one of the beautiful finger lakes of western New York. The swims were uneventful, but we had a real surprise at the end when we were returning the pontoon boat to the Skaneateles Marina. After some chit-chat, the charming young woman at the desk informed us that her great uncle has swum the finger lakes, and when she mentioned [Russell]’s name our jaws dropped. We first came upon Russell while researching the swim across Cape Cod Bay. As far as we all know, before the Plymouth to Provincetown was resurrected in 2012, Mr Chaffee had the only successful crossing and here were 3 of the 5 other successful swimmers standing on a dock in western New York with his niece out of the blue.”

Janet Harris agreed, “The more I learn about Russell, the prouder I am to have followed in his path on the Cape Cod swim. How fortuitous to have met his niece while retracing one of his Finger Lake swims.”

Kemp promoted a 20-mile swim called the American Channel Swim from Provincetown to Plymouth to remind people of the course the Pilgrams took. But it failed to catch on because Kemp was never able to find swimmers who could manage the distance.

Decades later beginning in the 1950s, several people made attempts, but none succeeded. Then 41-year-old Russell Chaffee came along in 1968 and successfully completed the swim in 14 hours 40 minutes.

Chaffee also was one of the first Americans to use computers and programming to predict his course in marathon swims (see related article here).

A memorial service will be held on September 16th at the Valley United Presbyterian Church. Memorial donations may be made in Russell’s memory to the Valley United Presbyterian Church, 622 1/2 South Main Street, Athens, PA 18810, USA. Those wishing to sign the E-guestbook, send flowers or condolences may do so by visiting www.loweryfuneralhome.com.