The Legacy Of Stephen Redmond Continues 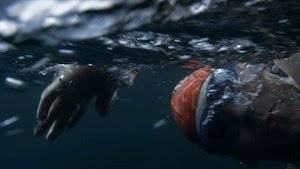 Defeating Oceans Seven is the documentary of Stephen Redmond‘s long, hard-fought, community-supported achievement of completing 7 of the world’s most renowned channels and straits: English, North, Catalina, Molokai Tsugaru, Cook, and Gibraltar despite incredible odds against him.


In the relaxed, climate-controlled comfort of a theater, director Rouven Blankenfeld and producer Wolfgang Merkel of Red Bull Media House enable viewers to imagine and visualize what exactly Redmond experienced on the road to achieving the Oceans Seven. The screen is a canvas where the artwork of Merkel and the efforts of Redmond merge to create a magnificent storytelling of one of the greatest feats in open water swimming history by its most unlikeliest hero, a former rugby player.

“Come be inspired, entertained, and awed by everything in, on, and under the ocean,” says Doug Woodring. “Join us to experience over 30 films, short and long, from May 6th – 11th at various sites around Hong Kong. Each screening has 5-7 films about everything ocean – adventure, exploration, animals, community, humor and education.”