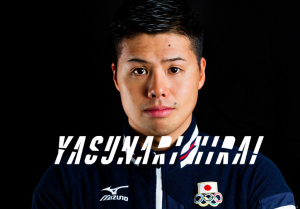 Courtesy of WOWSA, Odaiba Marine Park, Tokyo, Japan.  Two-time Olympic marathon swimmer Yasunari Hirai is a popular, widely-traveled brand ambassador for a variety of Japanese corporations.   He is commonly known as Yasu, his first name. But he may have to get used to a change: how the Japanese government prefers how he is referred to in the media. His name, written in Japanese as 平井康翔, is pronounced in Japanese as Hirai Yasunari.  But in spoken and written English, he is officially and formally called and uses Yasunari Hirai. In the Japanese language, the family comes first (Hirai) followed by the given first name (Yasunari). But Japan’s Foreign Minister Taro Kono will ask non-Japanese media outlets to write the names of Japanese people with the family name first, as is customary in the Japanese language.  If the foreign media respects this request, the new policy will be a major change in Japan’s long-running practice for handling Japanese names in foreign languages — which began in the 19th to early 20th centuries.

For example, Japan’s Prime Minister is known worldwide as Shinzo Abe.  The Japanese government is requesting his name should be referred to and written as Abe Shinzo from now on in the foreign press. This usage is the same with other Asian leaders such as Chinese President Xi Jinping and South Korean President Moon Jae-in.
But Hirai-san is well-known in the swimming community, both in Japan and globally, as Yasu, so he may stick with that name through his third possible Olympics.
Copyright © 2008-2019 by World Open Water Swimming Association