The Man Who Is Changing America 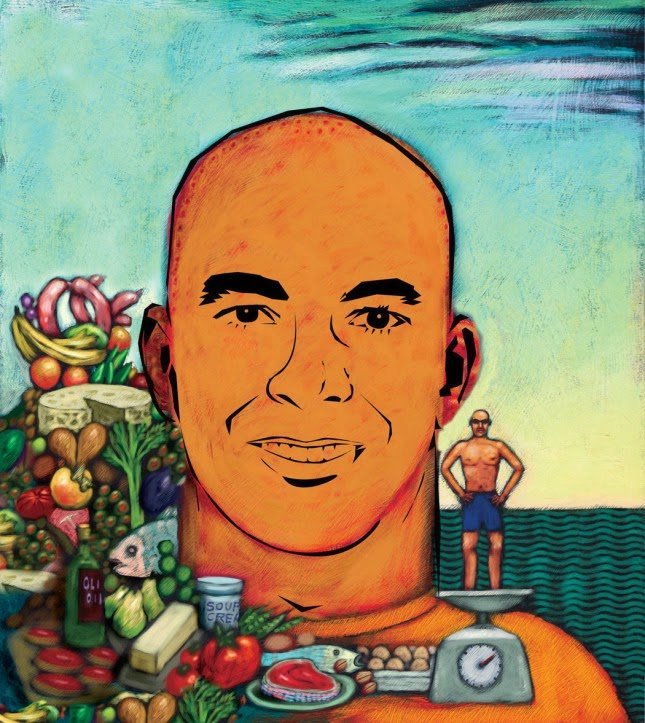 Robert Brinkerhoff, an illustrator, painter and teacher at the Rhode Island School of Design, created a painting of arguably Dr. Peter Attia, an open water swimmer who is most creatively and strategically changing the American nutrition awareness landscape in contemporary times.

Not only is this open water swimmer and endurance athlete a well-respected deep thinker, an engaging lecturer, a visionary evangelist, a published researcher and innovative scientific experimenter, he also co-founded the Nutrition Science Initiative, or NuSI, with science journalist Gary Taubes.

NuSI is dedicated to reducing the individual, social, and economic costs associated with obesity-related diseases (diabetes, cancer, cardiovascular disease, stroke, and Alzheimer’s disease). Under his leadership, the work of NuSI is increasingly influential in the media world and among nutrition experts and in the medical community.

To learn more about this mover and shaker in and outside the athletic and swimming world, visit NuSI here.