The Men & Woman Behind The Bridges 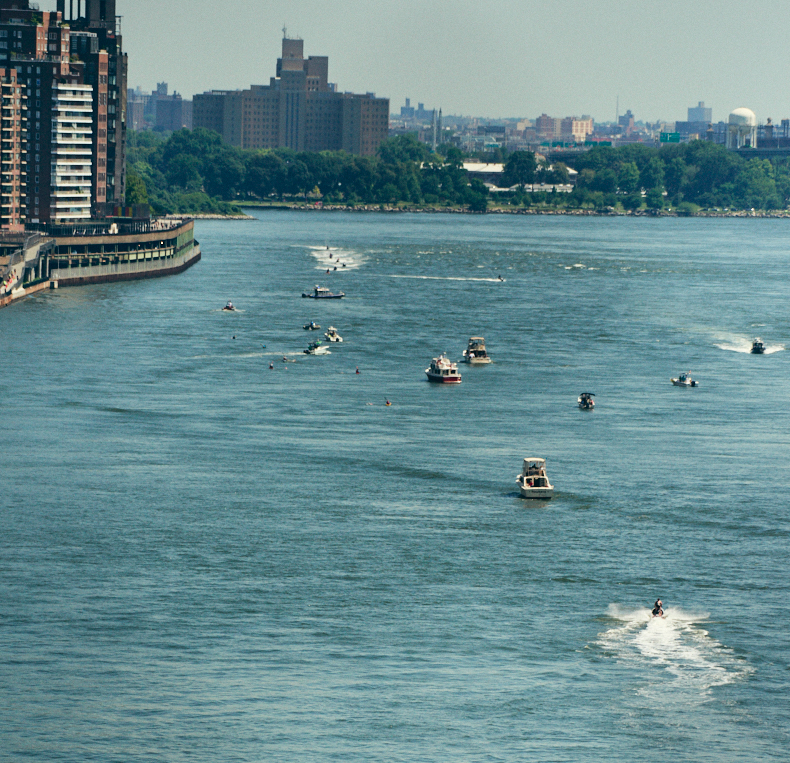 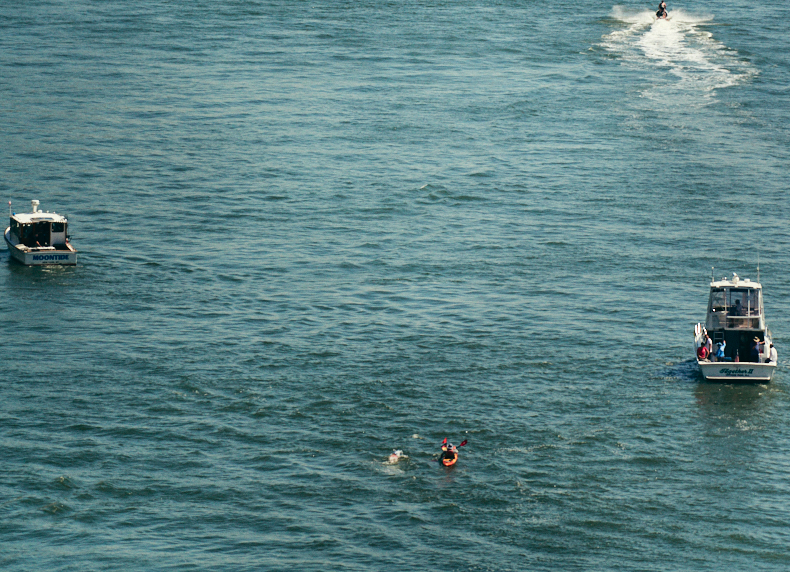 Saturday’s 45.9 km circumnavigation race around Manhattan Island was a culmination of decades of experiences, years of work and hours of detailed planning where 9 swimmers achieved their individual goals of achieving the Triple Crown of Open Water Swimming (Nathalie Pohl, Ned Wieland, Jenny Smith, Peter Dolnik, Melissa Kegler, Kate Robarts, Kamil Resa Alsaran, Ragip Vural Tandoğan, and Pat Gallant-Charette) joined 7 others from around the world to enjoy one of the most scenic, iconic open water swims in the world (including Luca Pozzi from Italy, Samuel Vidal Fernandez from Spain, Rene Martínez Saenz from Mexico, Peter Lofquist from Arizona, Ingrid Bon from Florida, Zoe Sadler from the UK, and Dongho Choi from New Jersey).

“How David, Rondi and Alex do everything that they do in order to pull off a great event is beyond me,” commented Steven Munatones. “Not only are they organizing the 20 Bridges event, but they are also concurrently working on the 8 Bridges Hudson River Swim, the 2 Bridges Swim, the 40 Bridges Swim, the Spuyten Duyvil 10K, the Terry Laughlin Celebration Swim and the Ederle Burke Swim while managing full-time jobs. But they organize each swim giving tremendous attention to detail as if they were swimming the events themselves. This passsion is inspiring and appreciated by everyone involved.”

Gallant-Charette shares how the race directors helped her succeed with a 10 hour 53 minute circumnavigation, “One week before the race, I was contacted by Rondi Davies. After she conferred with the other directors, she explained to me about the predicted weaker currents for June 30th. She mentioned that the directors agreed with the predictions and a slow swimmer like me would not have favorable currents to succeed. She recommended that I drop out of the race and my slot would be deferred to the following year. I highly respected her recommendation because she truly wants every swimmer to succeed.

I decided to do my own research on the currents and the directors were exactly right. The weak currents would not be advantageous for a slow swimmer to reach the finish line. The odds were stacked heavily against me as a slow swimmer.

At that moment, I decided to change my strategy going into the race and not drop out.

The following day I asked my swim friend to harshly critique my stroke. In one session, my speed increased. My plan was to swim as fast as I possibly could swim. I decided to use my practice feed pattern: swim for two hours take a feed, swim for another two hours and take a feed, and thereafter every hour feeds. My feeds alternated with a carbo drink and plain water with a food item of 250 calories.

My success was attributed to Rondi because if she never would have notified be about the weak currents I would never have change my strategy. I appreciate the race directors honesty and integrity in promoting such a wonderful swim.”

The New York Open Water’s latest event is the Terry Laughlin Celebration Swim held in Lake Minnewaska, a memorial event for the man Barra describes as [the] “single person who has had a more positive impact on swimming for sport and recreation. Lake Minnewaska was his most frequent jaunt and appeared often on his blog.” 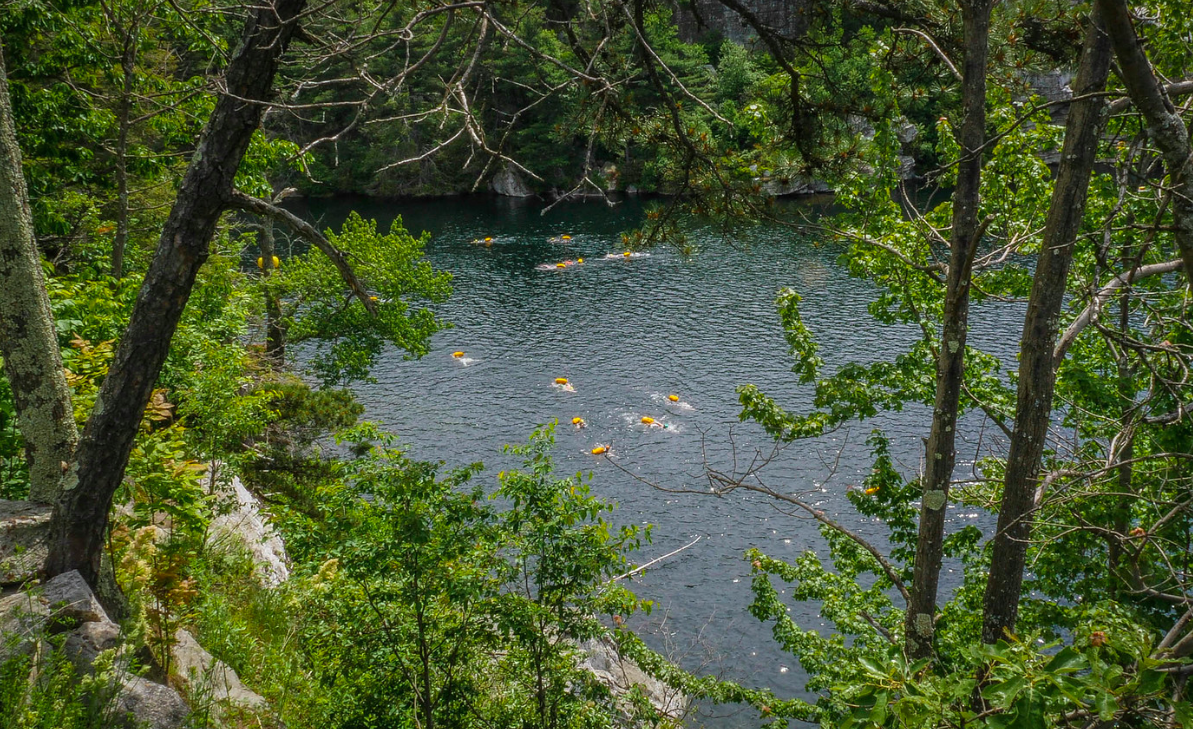